“The media doesn’t want to report it because it involves people they want to protect. That’s the real Russian collusion story. That’s the story of the decade”

—President Trump to reporters in the WH on Russian Uranium deal

Sessions testified before the Senate Judiciary Committee to discuss Comey, who was fired by President Donald Trump earlier this year amid the ongoing investigation into alleged Russian involvement in the 2016 presidential elections.

In a sharp jab at Comey, Sessions stated to the committee that the “significance of the error” the former FBI director made on the Hillary Clinton investigation has not yet been fully understood, The Hill reported.

Sessions is absolutely right. The real collusion is with Hillary and the Obama administration with them selling out the country by selling 20% of our uranium to Russia for $145 million dollars in 2010 that went to the Clinton Foundation laundered through Canada.  In 2011 Obama signed off on a separate uranium deal with Russia. Vladimir Putin wasn’t eyeing our election, he was eyeing our uranium. Uranium is the hard-core for building nukes and Hillary signed off on putting American lives at stake.

A recent headline in The Hill stated, “FBI uncovered Russian bribery plot before Obama Administration approved controversial  Uranium One deal with Moscow.” Moscow was allowed to purchase 20% of the U.S. uranium supply and the Obama administration refused to act and pursue charges and went on to approve deals that benefitted Putin, Moscow and Russia greatly, Hillary signed off on the deal in 2010 that gave Putin control of our uranium that he can build nukes with.

The Obama DOJ kept all this secret from Congress and the American people until five years after it was signed. In 2015 the DOJ revealed Russian bribery. Obama hid the evidence and blamed Trump with their Russia, Russia, Russia, conspiracy to cover up their misdeeds. Eric Holder knew all about the bribery, kickbacks and money laundering and still allowed the deal to go through.

Russia donated 145 million dollars to their Clinton Foundation through Canada while she was still secretary of state. That is a big conflict of interest right there. Hillary sold out America to the Russians while millions flowed to their foundation. She was peddling access and influence all at the expense of the American people.

Robert Mueller has been investigating Trump and Russia for almost a year now and has come up with nothing. He should be investigating the Clintons but his whole staff is made up of Clinton lawyers.

In 2016 the Dems and media were all saying Russia interfered with our elections, but in 2009 they tampered with our nuclear security.  Now we have a real national security threat.

The media should be reporting this but won’t because it doesn’t fit their agenda. As President Trump said today to reporters in the WH while meeting with the governor of Puerto Rico, “The media doesn’t want to report it because it involves people they want to protect. That’s the real Russian collusion story. That’s the story of the decade.” 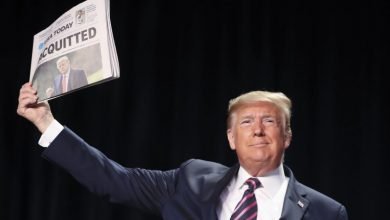 Trump Told the Truth, Harris An Embarrassment, and Hunter’s a Racist: The Week in Review 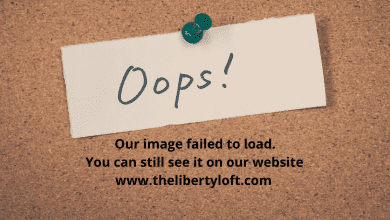 Flight Times May Soon Be Cut in Half—Thanks to Capitalism