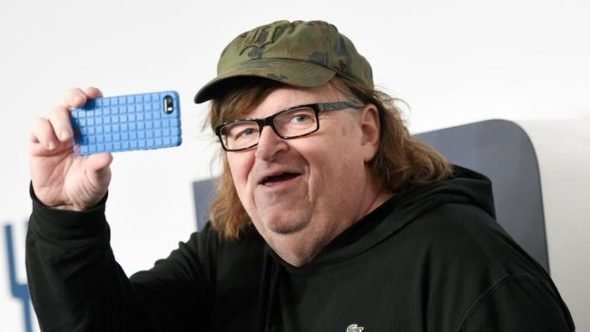 The world’s worst documentary director, Michael Moore, announced Tuesday on HuffPost that he is starting a new whistleblower website aimed at deposing America’s sitting president – and serving his need for self-aggrandizement.

“Today, I’m launching TrumpiLeaks,” the director of multiple failed documentaries wrote. “A site that will enable courageous whistleblowers to privately communicate with me and my team. Patriotic Americans in government, law enforcement or the private sector with knowledge of crimes, breaches of public trust and misconduct committed by Donald J. Trump and his associates are needed to blow the whistle in the name of protecting the United States of America from tyranny.”

The site offers links, descriptions, and directions for using encrypted apps or the U.S. Mail to send information to Moore that he believes will unseat the freely-elected leader of the free world.

Make no mistake ― Donald J. Trump has NO intention of leaving the White House until January 20, 2025. How old will you be in 2025? That’s how long he plans to be your president. How much damage will have been done to the country and the world by then?

And that is why we must act.

Moore cites some passages from a Mike Pence speech in which the now Vice President talks about the importance of whistleblowers, journalists, and anonymous sources in American history. His hope is to encourage more leaks, some likely of classified information, to the media specifically through his website so that he can perhaps make a grand announcement and subsequent release of important information in the style of Julian Assange and WikiLeaks.

Michael Moore wants to be important. He believes he is important. He fails to realize that his message falls flat except to those on the far left who already feel the same way he does. The rest of America sees him as little more than a curiosity from the extreme left.

What this site will do is encourage more criminal activity similar to that of Reality Leigh Winner and some so far unnamed traitors in the White House who have obtained and transmitted classified information to the media – a crime that carries up to 10 years in jail for each occurrence.

Moore is simply appropriating Assange’s idea to enhance his own celebrity and he will likely end up getting many unthinking liberals in some serious trouble. Moore does not likely have the server farm, network or technical capability to protect any information he receives. Assange’s infrastructure has eluded international authorities for years despite intense efforts to shut him down. Moore won’t likely survive the first search warrant – secret or otherwise.

“I know this is risk,” Moore exclaims. “I knew we may get in trouble. But too much is at stake to play it safe.” But just like The Intercept who received and then published classified information from Winner, he may not face charges – only the persons who initially obtain and transmit the information seem to be prosecuted. He’s setting up some progressives for a fall just to promote himself.

Support Conservative Daily News with a small donation via Paypal or credit card that will go towards supporting the news and commentary you've come to appreciate.
Tags
Michael Moore Reality Leigh Winner