SpaceX has succeeded in achieving several “firsts” with their last three launches and June looks like a busy one for the American aerospace firm.

On June 1st, a SpaceX Falcon 9 will launch with a Dragon spacecraft on a cargo delivery mission. This is the 13th Dragon trip and the 11th delivery mission to the International Space Station performed by SpaceX. [Live Stream]

A Bulgarian communications company is paying for a launch on the 15th. A Falcon 9 rocket will take BulgariaSat 1 into geostationary orbit over Southern Europe to provide television and data services to the region.

Iridium has purchased a launch on June 25th. Originally scheduled for October and December of 2015 and again from April, the payload is a set of 10 satellites for Iridium’s “Next” communications constellation. These satellites add data channels to the existing voice capabilities. Iridium is expected to launch 10 “Next” satellites every other month.

The fourth (or perhaps third) launch does not have a specific launch window announced. SpaceX has slotted the launch of the Intelsat 35e communications satellite for “Late June.” A member of Intelsat’s “Epic” constellation of satellites provide broadband, video and mobile communications services for eastern North America, the Caribbean, South America, Europe, and Africa. This flight was originally scheduled for April 2017.

SpaceX has made three exciting “firsts” in 2017.

First, in March, Musk’s private rocket company managed to launch and recover a previously flown Falcon 9 first stage (story and video). SES-10, a communications satellite, was successfully delivered to orbit and the first stage landed precisely in the center of the landing area on the recovery ship named “Of Course I Still Love You.”

On May 1st, SpaceX successfully completed its first launch of a U.S. national security satellite. This launch opens up a previous monopoly to competition which should lead to significant savings for the American taxpayer. [story and video]

SpaceX then went on to launch the heaviest payload yet from a Falcon 9 rocket on May 15th.

Schedule for SpaceX launches in June 2017

Stay tuned for our July update in which SpaceX is expected to launch a Falcon Heavy on a first ever demonstration flight. The rocket is three Falcon 9 cores with 27 Merlin engines pushing the Heavy spaceward. And Future, reusable versions would attach landing legs to the Falcon 9 cores for recovery. 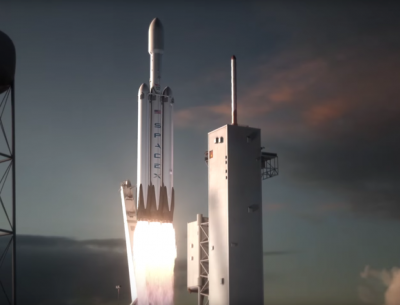 Support Conservative Daily News with a small donation via Paypal or credit card that will go towards supporting the news and commentary you've come to appreciate.
Tags
Falcon 9 rockets SpaceX