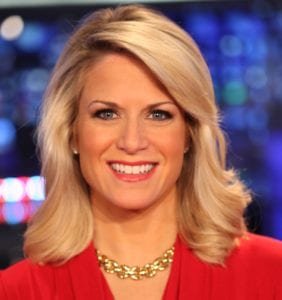 Fox News announced Thursday that MacCallum will be hosting a show titled “The First 100 days” that will “chronicle the beginning of the new administration and run through President-elect Trump’s first 100 days in office.”

And congrats to the always classy @marthamaccallum on moving to the 7p! She's amazing & will shine at any hour.

And congrats to the always classy @marthamaccallum on moving to the 7p! She’s amazing & will shine at any hour.

Martha will be the second female Fox News host to move from co-hosting America’s Newsroom with Bill Hemmer into a prime-time show. Megyn Kelly worked beside Hemmer from 2007  to 2012 when she moved to host America Live then the Kelly File at 9 pm.