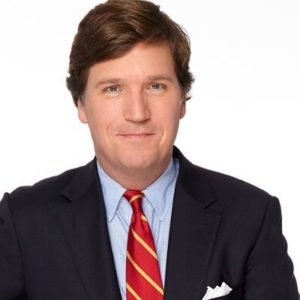 According to the news network, Fox News host Tucker Carlson will be moving into the time slot being vacated by Megyn Kelly.

2017 starts off with a BANG! as FOX NEWS executives will announce Tucker Carlson replaces the vacating Megyn Kelly at 9 PM ET

Carlson had just jumped into the 7pm hour with “Tucker Carlson Tonight” which had leaped to the top of audience and demographic metrics for the time slot.

Megyn’s last show on Fox will air Friday night with Tucker taking over on Monday.

Megyn Kelly is moving to NBC to host a daytime weekday show and a Sunday night news program.

Support Conservative Daily News with a small donation via Paypal or credit card that will go towards supporting the news and commentary you've come to appreciate.
Tags
Fox News Megyn Kelly Tucker Carlson