A seemingly accelerating trend with many Americans is to look with skepticism and a jaundiced perspective at business, capitalism, and the profit motive. In spite of efforts by some to rewrite history, those of us who are students of history recognize that capitalism made America the economic superpower that it is. And the more we allow government to interfere in our economy, the more we move toward a fascistic system where government controls the means of production. 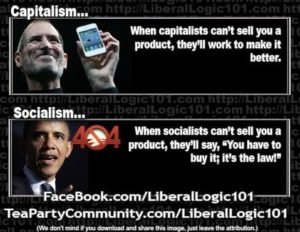 Business and the profit motive have turned us from an agrarian to a high-tech producing and consuming nation. All of us are dependent upon business and the profit motive for everything we do every day. From the manufacturer of the bed we arise from and the alarm clock we wake up to, to the toothpaste, shampoo, and comb we use in the morning. The beverage we imbibe to give us a kick-start in the morning and the vehicle we drive to work are products of once small businesses that have grown sometimes to global proportions. If any of those products or services we depend on get too expensive, we start shopping for cheaper alternatives. That’s capitalism in a nutshell.

Most of us even work for a small business driven by the profit motive. Those firms, created and managed by entrepreneurs, market and sell products, provide advice and services, and fill the needs of people from all walks of life. They pay us to fill a specific function within the company to help them service their customers more efficiently and cost-effectively. And most of them pay another 30% of our salaries or wages in the form of benefits to help retain quality employees. And according to Arthur Brooks of Syracuse University an amazing 89 percent of us are very satisfied or somewhat satisfied with our jobs.

As a matter of fact, according to the Small Business Administration, small businesses represent 99% of all employer firms, employ half of all private sector employees, pay 45% of total U.S. private payroll, generate 80% of new jobs annually, create more than 50% of nonfarm private GDP, comprise 97% of all identified exporters, and produce 26% of the known export value to our GDP. 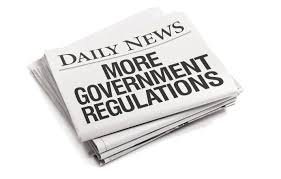 Yet every time new governmental regulation is imposed on businesses, the costs increase. Whenever the government increases taxes on companies, the costs increase again. In order to stay in business, they must pass those costs on to their customers, or find other ways to reduce costs like eliminating jobs. That’s why it makes no sense to tax companies since we all end up individually paying their taxes via increased prices for their products and services.

And it’s not just small business that makes our quality of life what it is, but the brother of small business; BIG business. It’s not an evil concept, to sell things that people want and need at prices that most people can afford, so they can sell as much or as many as possible, applying the economies of scale. And they do so with a profit motive in order to share their success with those who ponied-up the capital, (investors, silent partners, share-holders) facilitating their business ventures. Remember, if they over-price their widgets, they price themselves out of the market. If they underprice their widgets, they’re not going to remain viable, and will have to lay off employees and won’t be able to pay all those taxes the government is requiring of them. Then their employees will have to hope they can find another widget company to replace the job they lost. 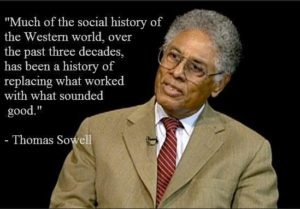 The media, Hollywood, and even some of our fellow citizens bash “big pharma,” big oil, or big retailers like Wal-Mart. But in reality what do those “big” evil companies do? They provide needed products and services at reasonable prices, and jobs, enabling our national economic engine, and our quality of life, to keep chugging along. They have limited control over much of their expenses, but to be able to continue doing what they do, they achieve a modest profit to ensure their viability in future years, and allow us to have a job.

When politicians promise “free stuff” at the expense of taxpayers, they’re doing nothing more than attempting bribery – they promise free stuff for our votes. And it’s not their free stuff. It’s stuff they promise to use governmental coercion to forcibly take from others, in order to redistribute to those they’re bribing.

It’s no wonder that Bernie Sanders, who nearly captured the Democrat nomination, (and would have if the DNC had not colluded with the Clinton campaign) garnered the support he did as the self-avowed socialist peddled collectivist promises for populist electoral support. 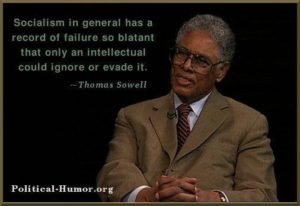 And Hillary Clinton is no less ideologically aligned with socialistic solutions. A disciple of Saul Alinsky, and the first architect of a socialized healthcare system for the U.S., she has made some brash statements over the years that reveal her ideological convictions. Among her many anti-capitalist statements are these nuggets. “We’re going to take things away from you on behalf of the common good,” (6/29/04). “It’s time for a new beginning, for an end to government of the few, by the few, and for the few and to replace it with shared responsibility for shared prosperity,” (5/29/07). “(We) … can’t just let business as usual go on, and that means something has to be taken away from some people,” (6/4/07). “I certainly think the free-market has failed,” (6/4/07).

The brilliant economist, Thomas Sowell, has philosophically put the failed socialist ideology into proper perspective. “I have never understood why it is ‘greed’ to want to keep the money you’ve earned, but not greed to want to take somebody else’s money.” “Much of the social history of the Western world, over the past three decades, has been a history of replacing what worked with what sounded good.” And for academics who are smitten with the failed ideology, “Socialism in general has a record of failure so blatant than only an intellectual could ignore or evade it.” 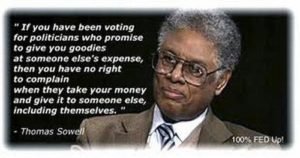 Too many of us rely on fallacious populist typecasts of what business and the profit motive do, rather than relying on our empirical observations of their contributions to our quality of life and economic viability. We allow the media, Hollywood, or anti-business kvetching to taint our perceptions with a failed, yet idyllically appealing narrative of “equality” or “social justice.”

PragerU has produced an insightful clip that explains this perfectly. It can be seen here.

The profit motive, capitalism, and free enterprise, are the backbone to our economic system, and as such, are the key to future growth and prosperity, individually and collectively. Government encroachment and increased regulation stymie future potential growth, our quality of life, and our job security. It’s time for Americans to quit buying (with their votes), what self-serving politicians promise for them. Less regulation, less taxation, less government spending, and less government control is the solution for future economic growth and security.

Support Conservative Daily News with a small donation via Paypal or credit card that will go towards supporting the news and commentary you've come to appreciate.
Tags
Free Market Capitalism socialism 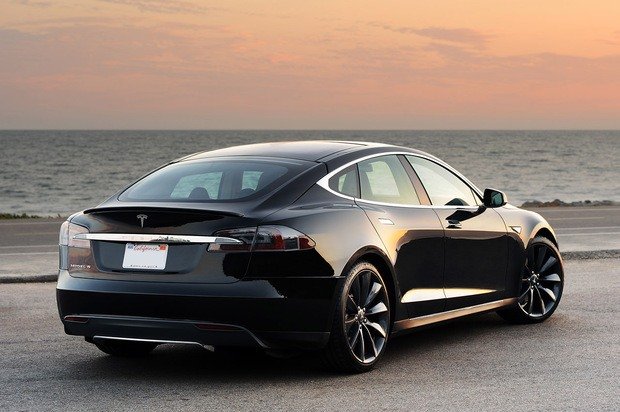