Let’s face it, the Democratic Party is no more, the Party of JFK is dead and buried. They should now call themselves what they truly are, the Liberal-Socialist, Progressive Party. I’m just waiting for them to hang a picture of Lenin and Marx in their national headquarters. There has never been a doubt in my mind that Obama is a Socialist at heart and he did his best to transform this country into as much of a Socialist country as he could.

Now we have Hillary Clinton, a person who is the most corrupt, dishonest, self centered  and the phoniest person that has ever run for president that I can remember and I was born when Truman was in office. She is aligning herself with the far left of the party, the party that has made Socialism its main goal. One only has to look back at some of the things she has said to realize what she truly is.

Some of her quotes:

“We’re going to take things away from you on behalf of the common good.” Statement was made by Hillary Clinton 6/29/2004

“It’s time for a new beginning, for an end to government of the few, by the few, and for the few and to replace it with shared responsibility for shared prosperity.” Statement was made by Hillary Clinton 5/29/2007

“(We) … can’t just let business as usual go on, and that means something has to be taken away from some people.” Statement was made by Hillary Clinton 6/4/2007

“I think it’s time to send a clear message to what has become the most profitable sector in (the) entire economy that they are being watched.” Statement was made by Hillary Clinton 9/2/2005

“We have to build a political consensus and that requires people to give up a little bit of their own … in order to create this common ground.” Statement was made by Hillary Clinton 6/4/2007

If anyone reading this agrees with these statements it’s time to look in the mirror and it might be time to think about a move to Venezuela.

How can we forget the bond between Hillary and Saul Alinsky, If you don’t know who Alinsky was, he was the practical theorist for progressives who had supported the Communist cause to regroup after the fall of the Berlin Wall and mount a new assault on the capitalist system. As a matter of fact Hillary and Alinsky were pen pals, below is one of the letters that was sent to Hillary form Alinsky. 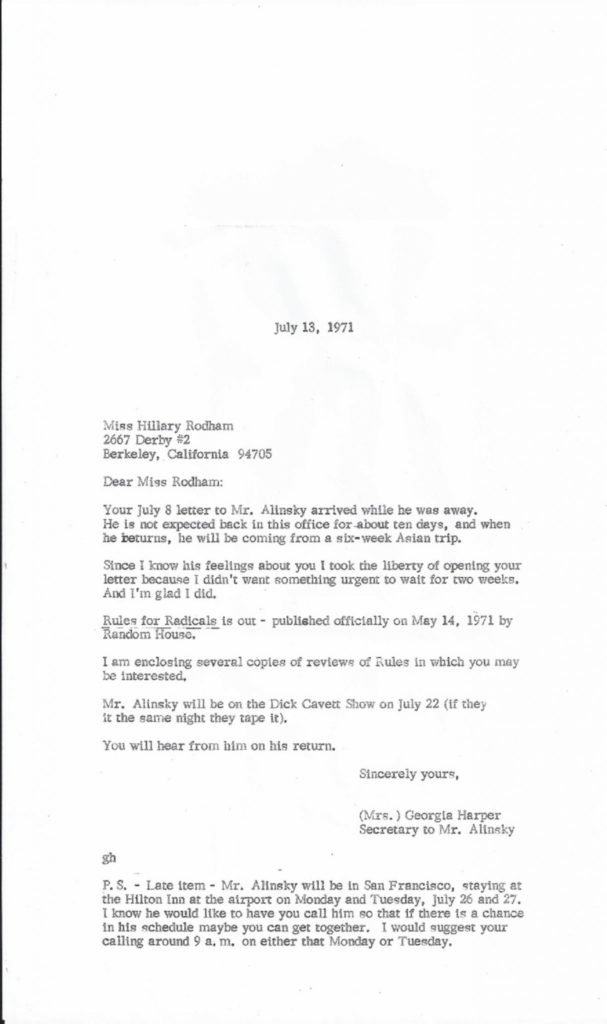 Obama was a community organizer just as Alinsky was and look at the mess he made, not only in this country but around the world as well, Hillary will be just as bad if not worse, although I can’t see how anyone can be worse than Obama, but I really don’t want to find out.   VOTE TRUMP

“What Kind Of Society Are We Leaving Our Kids” Available here 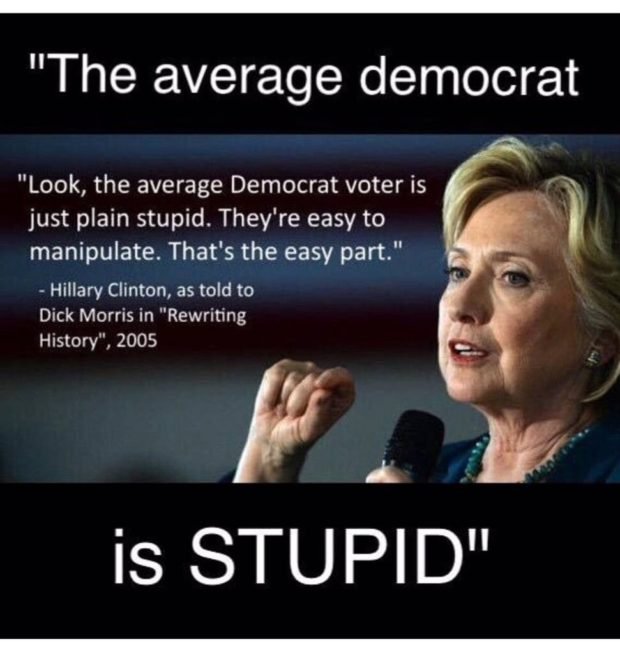 Support Conservative Daily News with a small donation via Paypal or credit card that will go towards supporting the news and commentary you've come to appreciate.
Tags
Politics socialism