Bigger is rarely better. Especially when it comes to governance. The “bigger” government is, the more detached from the governed it becomes; the more onerous its regulations and taxes become, and it becomes more susceptible to the ideologically motivated cause célèbre of the ruling elite. We have seen that verity over the past several years in America, and apparently the United Kingdom (UK) has come to the same conclusion. 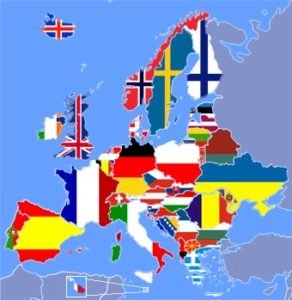 Last week UK citizens voted by a narrow majority to withdraw from the European Union (EU), the amalgam of 28 nation states who joined the collective 23 years ago. The EU was to provide member nations more clout and influence by being part of the politico-economic entity that comprised the 2nd largest economy in the world, based on gross-domestic product (GDP).

The result of the vote created a veritable tempest in a teapot for financial markets, as most global stock exchanges dropped by 8-12% over the next two trading sessions. The stock selloff resulted in a predictable flight to safety, as traders moved to treasuries and the metals, spiking bond values and dropping yields. U.S. markets have recovered most of that volatility-induced loss, while most European markets have only somewhat recovered. 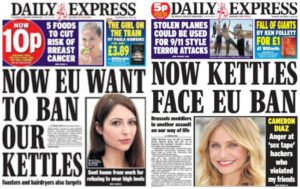 The tempest in a teapot metaphor is apropos since it would appear the vote to exit (British Exit, hence, “Brexit,”) was significantly influenced by a planned regulation of the top selling teapots and toasters in the UK. Tea and toast are staples to Britons, as they consume six times the tea their mainland counterparts drink. In April European Commission President Jean-Claude Juncker accidently revealed that there would be new restrictions on the devices based on new “ecodesign” models, over concerns with anthropogenic global warming. The new regulations would have banned eight of the best selling teapots and nine of the best selling toasters in the UK. In short, don’t mess with the Brit’s tea and toast!

They were also planning on banning six of the top 10 selling vacuum cleaners in the UK, including immensely popular British manufactured Dyson models. The move was seen as more “nanny state” meddling in the minutia of daily life. And their proposals were seen by Britons, apparently, to be as inane and idiotic as when the U.S. congress outlawed incandescent light bulbs as one of the first “accomplishments” of Nancy Pelosi’s 110th Congress in 2007. Ideologically driven regulatory meddling – the “nanny state” personified! 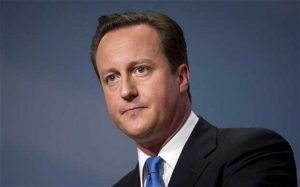 Brexit is perhaps the first of a series of antiestablishment votes, protesting the perceived disparaging effects of globalization. British Prime Minister David Cameron has announced he will resign in October. After a new PM is selected at the Conservative Party conference, the new PM will trigger Article 50 of the Lisbon Treaty, which will initiate the formalities of divorcing the UK from the EU, which are predicted to take about two years to implement.

MFS, the Boston-based mutual fund company, explained in a research piece this week, “To sum up, it looks as though the UK’s decision to leave the EU could be the beginning of a large, protracted process in which dissatisfaction with the effects of three decades of globalization is being expressed in ever more impactful ways.”

Theodore Bromund, senior research fellow in Anglo-American Relations at the Margaret Thatcher Center for Freedom, expresses little concern from the Brexit vote. He argues that the benefits to both the U.S. and the U.K. are much greater than staying with the EU.

“The upside, economically, is that the UK would have the ability to sign genuine free trade agreements with whichever nation or nations that it could negotiate satisfactory agreements. The U.K. has a much wider financial role than just trading with the United States, as important as that is, and the city of London could continue its worldwide financial role, unrestrained by Euro related concerns. So that’s the economic side.”

Marian L. Tupy, senior policy analyst at the Center for Global Liberty and Prosperity at the Cato Institute, thinks the effect on the U.S. will be negligible. “I don’t think that British involvement in Europe will have any consequences for America’s economic growth, not at all.”

Professor Tim Congdon of the University of Buckingham, has highlighted the high costs of regulation from the EU. He maintains that EU membership costs the U.K. over 10 percent of GDP, and that long-term they’ll be much better off.

The Brexit vote could be the beginning of the unravelling of the EU. Other countries considering their own “Brexit” are Czechoslovakia (“Czechout”), Finland, (“Finnish”), Italy (“Italeave”), and Netherlands (“Nexit”). As the anti-globalization sentiment grows, there could be a domino effect, which could see the unraveling of the EU and their currency, the Euro. Since the UK retained their Pound Sterling, at least they won’t have to worry about a currency reversion. 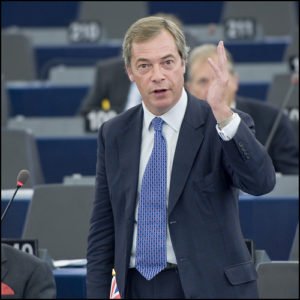 Nigel Farage, a Member of the European Parliament (MEP), gave some of the credit for the successful Brexit campaign to President Obama. “Threatening people too much insults their intelligence. A lot of people in Britain said, ‘How dare the American president come here and tell us what to do?’ It backfired. We got an Obama-Brexit bounce, because people do not want foreign leaders telling them how to think and vote.”

Presidential candidate Donald Trump was not surprised. “The world doesn’t listen to him.” Trump said he wholeheartedly backed Britain’s decision to leave the EU and once again forge its own path. “You just have to embrace it,” he said. “It’s the will of the people. What happened should have happened, and they’ll be stronger for it.”

Farage explained further, “People power can beat the establishment if they try hard enough.” It worked for the UK, and may carry over to other EU members with their upcoming votes. The U.S. could join that same anti-globalism and anti-establishment wave with a Trump victory in November. Time will tell.

Support Conservative Daily News with a small donation via Paypal or credit card that will go towards supporting the news and commentary you've come to appreciate.
Tags
Brexit EU Politics The European Union