Our Constitution was made only for a moral and religious people. It is wholly inadequate to the government of any other:  John Adams

Our Founding Fathers set the wheels in motion to form the greatest country the world has ever known, why have we fallen to a place that is unrecognizable to many Americans?  Could it be because the Democratic Party once tried to remove God from its platform at their 2012 convention?

Our Founding Fathers knew the importance that God plays in our society, as our country moves farther away from God, we have become a less moral people, just look at the Kardashians, have you ever seen a less moral people? Talk about a dysfunctional family?

Look where we are as a society; we have a society that dismisses God from any public place, we are tearing down crosses that have been in view for over 100 years. This past week the cops were called on a 7 year old boy because he was handing out bible verses.   Yet we celebrate unwed motherhood, drug use, homosexuality and other perversions. We have changed the definition of marriage that has been between a man and a woman for 2,000 years.  Prostitution is now legitimized by calling them sex workers. Just recently it seems the life of a gorilla is more important than the life of a child.

Praying at school graduations are banned, in many places the Pledge Allegiance is banned, illegal immigrants are given more benefits and are taken better care of than most U.S. citizens. How many times have we seen people being told that they are not allowed to fly the American flag? Just this past Memorial Day a man got fired for lowering the flag to half staff.  Reality is a thing of the past in this country, now all we have to do is identify as something that we are not and we get a free pass. Men are now allowed to take a shower and use the same restroom as women all because they say they feel like a woman that day.

This country is in a downward spiral and it has been for years, just look at all the things we used to be #1 at, we are now 14th in education, 46th in freedom of the press, 24th in literacy, 10th in economic freedom. But all is not lost because we are 1st in wine consumption and 1st in people in prison and 1st in breast augmentation, what a relief.

Our morality is shot and our value system is shot, so maybe John Adams was right; maybe we don’t deserve the Constitution anymore. Maybe it’s like anything else, “You don’t realize what you have until it’s gone.” 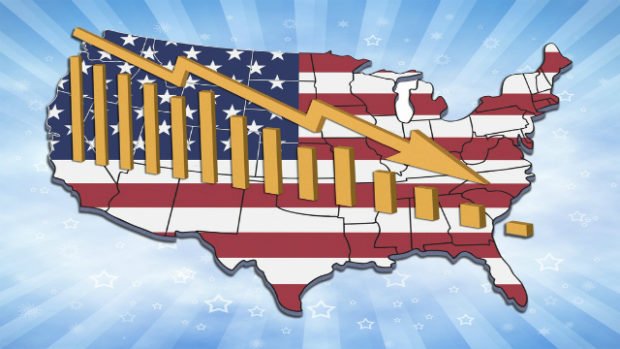