The most pervasively cited bogeyman of the 2016 presidential election cycle, on both ends of the political spectrum, has been “the establishment.” But just as the political environment changes from one election cycle to the next, so likewise the nomenclature can change, not just between cycles, but within cycles, and have completely different meanings to different groups.

While dissecting what or who “the establishment” is may seem obtuse or irrelevant, in this presidential cycle it seems to be at the heart of the campaign. Throughout mainstream media as well as social media, many express great chagrin and consternation over those who they feel want to maintain the status quo. They seem convinced that they make up the establishment.

This is perhaps the most ludicrous definition of all. I’m unaware of anyone who wishes to maintain the “status quo.” Progressives want the country to look more like the democrat-socialist states of Europe, while conservatives, from a governance standpoint, want the country to look much more like it did a hundred years ago, without all the debt, regulation, and massive government overreach. Even commercial enterprises and political action groups typically favor one direction or the other. I can’t think of any who endemically embraces the status quo.

This raises yet another area of demarcation; political establishment or governance establishment. The political establishment is ensconced within two major political parties who seek to get their candidates elected. The party members, including grassroots members, draw up a platform which either generally, or sometimes too precisely, enumerate and articulate the respective party’s positions on key issues. They then recruit candidates to run who either precisely, or fairly loosely adhere to those key precepts. But their objective is to get their members elected. 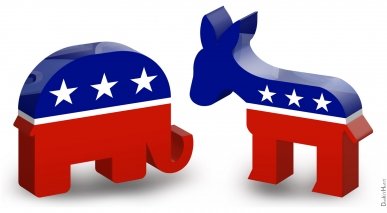 Why should the parties be faulted for trying to win elections? That’s their function. They want candidates who can win general elections. If individual citizens, or groups thereof, are dissatisfied with the candidates being selected, get involved and make a difference in the recruitment and selection process. Blaming someone else for ones own dissatisfaction with the system is a prepubescent abdication of personal accountability and responsibility. Anyone can complain, but how many are willing to do something about it?

Many who express their distaste for “the establishment” are referring to the money that flows to politicians and their campaign coffers. Volumes could be written on this aspect of the political apparatus, and this is the ripest in corruption and cronyism. The question will always be, for each candidate, whether they are provided financial support to buy influence, or because they reflect the values of the contributor. Until or unless legitimate campaign finance reform decentralizes and democratizes it, the system will be prone for continued corruption and cronyism. But this is of the government’s making, and perhaps represents the most legitimately vilified “establishment.”

For some, when they curse the establishment, they’re referencing those who are serving in governance at this time, who have cast votes or articulated positions that are at odds with their own. This seems to be the case with Marco Rubio’s candidacy today, as he was a darling of the Tea Party movement just six years ago, yet because of his digression on one issue, he’s now considered anathema, and “establishment.”

This is where the term truly is illogically misapplied. It is impossible to be involved in governance and not have a tactic, a policy, or a legislative vote that doesn’t at some point cross a constituent. To expect that our elected officials will never disappoint us is ludicrous and frankly, inhuman. By failing to afford discretion and discernment to our elected officials, we are disallowing the function of human judgment and unrealistically imposing automaton-like characteristics to our representatives. They are not just elected because their beliefs more closely match our own, but for their judgment, acumen, and skills. 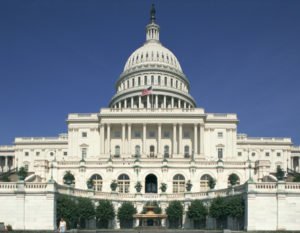 In other words, the term “establishment” pretty much has lost its core meaning, since its relevance is contextually defined. As such, it has become a catchall term for expressing dissatisfaction and disdain for any aspect of the political process, or governance in general. It’s become as amorphous, imprecise, and generally pejorative as “The Man,” as parlance for rejection of authority in the 60s and 70s.

Let’s wrap this up by illustrating how “the establishment” label, in any of the above contexts, can apply to the current crop of presidential candidates. Hillary Clinton clearly is establishment with three decades of living mostly on public payroll, and a former president husband, even though she is a woman, which she reminds us of constantly. After 35 years of elected office, how could Bernie Sanders be anything but establishment, especially with his radical socialist ideas.

John Kasich, after 37 years of public service, is establishment. Donald Trump, even though he hasn’t held elected office, is part of that political cronyism environment with all the money he’s poured into politics. Ted Cruz and Marco Rubio, although elected as Tea Party outsiders, are Republicans, which clearly makes them establishment. Ben Carson is a surgeon and has served on the boards of politically active corporations, so he’s part of the establishment cronyism.

Now you see how ludicrous and vapid “the establishment” label can be! There could well be alternative interpretations not included here. But clearly the term is so pervasively used, with assumed application and pertinence, that it’s become nebulous, imprecise, and as meaningless as most other aspersions cast against those we feel we’re at odds with. As used today, it has become little more than an ad hominem scapegoat for everything we disdain in politics.

Support Conservative Daily News with a small donation via Paypal or credit card that will go towards supporting the news and commentary you've come to appreciate.
Tags
Establishment