The whole perfect equality thing has reared its ugly head in affirmative action, sports and now – the Oscars. Perhaps it’s time to just give everyone a trophy and be done with it.

Are actors and actresses (or are they actzes?) now willing to give up awards and such in the name of fairness.  Sorry about the actzes thing, but it’s so hard to know which pronoun to apply to whom these days.

Hollywood personalities have decided to boycott the Academy awards because .. there weren’t any black people nominated. Well…. since the voting board is relatively diverse, one might consider that the top performers .. weren’t black.

Realizing that the previous paragraph will invite criticism, lambast, vociferous objection and probably outright race riots .. it’s the truth. The Academy voted and they had to pick someone.. but there is a solution.

Having gotten that out of the way, I completely agree with the boycotters – Hollywood must be made to live with its own politics. If you want abject and pure fairness, it comes at a cost.

The Oscar should now be awarded to every actor, every year and for any performance. As liberals demand “participation” trophies for youth sports, it’s time to realize that Hollywood performers aren’t any different – in all aspects. 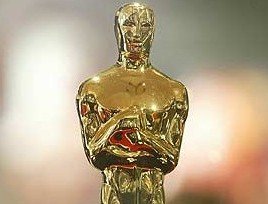 No more best actor (that’s offensive), best actress (that’s sexist), best movie (not fair) .. well, you get the point. It’s time for the Hollywood elite to live by the rules of the socialists they support.

They want equality, give it to them – everyone gets a trophy – every year and for any performance. Fairness for EVERYONE!

Support Conservative Daily News with a small donation via Paypal or credit card that will go towards supporting the news and commentary you've come to appreciate.
Tags
Oscars The Academy awards