This morning, during the 8am hour, the faithful listeners of the Bob Miller show on KPAM 860am were posed with a thought experiment. Evidenty George Zimmerman is having difficulty leading a normal life these days, and he’s launched a website to accept donations to cover expenses and pay his legal fees: https://www.therealgeorgezimmerman.com/. On his show, Bob Miller posed the question, “Would you contribute to George Zimmerman’s legal defense fund, and why or why not?”

A caller at around 8:12 am (audio will be posted as soon as it’s available) told Bob that there’s no way that he would contribute, despite the knowledge of Zimmerman’s financial hardships, because, “I saw the tape from the police station on ABC News, and he didn’t have a scratch on him.”

Bob corrected him and said the CNN tape clearly shows a deep gash in the back of his head, and the caller joked with Bob that he had completely derailed his argument.

Here’s the real takeaway from this snapshot in time. The general news-watching public is clearly still under the massive sway of several main stream news organizations that have either refused to clarify the grainy video (in the case of ABC), misquoted the 911 tape (CNN), or have actively altered the 911 recording (NBC).

With the tragic death of Trayvon Martin, the Democrats and media have found the story they needed to exploit in order to prove their position that America’s justice system is racially biased towards White Supremacy, just like Bell’s “Critical Race Theory” asserts, and that Obama is not a radical or racist for subscribing to this ideology.

So far, blame for the incident has been cast on Rush Limbaugh, Rick Santorum, Newt Gingrich, George W. Bush, the Koch Brothers, and even the hoodie Martin was wearing.   Obama said that America needs to do some “soul searching” about the supposed racist guilt of our society, remarking, “If I had a son, he’d look like Trayvon Martin.”

Over at Breitbart.com, John Nolte examines the actions of NBC, CNN and ABC and how they’ve shaped the debate over the shooting of Trayvon Martin:

[NBC’s]Editgate, however, is something much, much worse.

In the case of ABC News, even though the network knew it had the capability to eventually enhance surveillance video of Zimmerman’s arrest, the network still chose to release the un-enhanced video with this declarative headline: “Trayvon Martin Video Shows No Blood or Bruises on George Zimmerman.”

Translation: Zimmerman is a liar who hunted down and murdered an unarmed teenager.

What CNN did was even worse. “The Most Trusted Name In News” told America that, according to their audio expert, Zimmerman called Trayvon Martin a “fucking coon” just prior to shooting him. They’ve since backpedaled, but the gasoline had already been gleefully thrown on the racial fire. And like ABC News, here’s another situation where a major network shot their biased mouths off, knowing there was better technology at their disposal to report something closer to the truth later.

Translation: Zimmerman is a racist who killed an unarmed teenager because he was black.

But the Editgate gold medal goes to NBC News. The Peacock Network didn’t “misinterpret” what was in front of them and they didn’t jump the gun. What NBC did was ALTER what they had to make Zimmerman look racist.

On the storied ”Today Show,” NBC News told America Zimmerman said this on the 911 call:

Zimmerman: This guy looks like he’s up to no good. He looks black.

When the truth is that the unedited audio actually went like this:

Zimmerman: This guy looks like he’s up to no good. Or he’s on drugs or something. It’s raining and he’s just walking around, looking about.

Dispatcher: OK, and this guy — is he black, white or Hispanic?

Make no mistake. These efforts have been deliberate and for a clear purpose. It has already been proven over and over again that the mainstream media are not simply in the tank for Obama, but actively assisting in disseminating the talking points directly from the White House. (See Journolist 1 and Journolist 2 for examples.)

And if the White House wants to exploit racial tensions as a wedge issue, the legacy alphabet networks are all too happy to participate.

It’s just too bad that so many of the general public are either oblivious or indifferent to the collusion and tricks by the mainstream media. This is how a caller in to a local radio show can STILL be completely unaware that the information he was fed was a complete fraud. 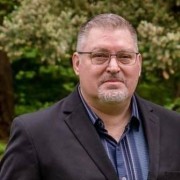