In their dissent, Justice Stephen Breyer, Justice Sonia Sotomayor and Justice Elena Kagan argued that the majority decision has deprived women in America of “liberty” and disregarded the “right of individuals to make their own choices and chart their own futures.” Legal experts who analyzed the dissenting opinion told TheDCNF that the justices advanced “no real legal argument” and instead offered “complaining” and lawless “rhetoric.”

Carrie Severino, president of the Judicial Crisis Network and co-author of the bestselling book “Justice on Trial: The Kavanaugh Confirmation and the Future of the Court,” told TheDCNF that the three justices’ opinion has no legal leg to stand on.

“The whole opinion is plagued with overblown exaggerations that are entirely false; it is heavier on rhetoric rather than a strong legal argument,” Severino told TheDCNF.

The dissent argues that the majority ruling will facilitate “the curtailment of women’s rights and of their status as free and equal citizens” and claims that “the court no longer recognizes the myriad ways bearing a child can alter the ‘life and future’ of a woman.”

“Today’s Court, that is, does not think there is anything of constitutional significance attached to a woman’s control of her body and the path of her life,” the dissenters argued. “Taking away the right to abortion diminishes women’s opportunities to participate fully and equally in the Nation’s political, social, and economic life.”

Instead of being rooted in legality with an honest interpretation of the constitution, the dissent is “anchored in the profound impact that control over bodily autonomy and decisions relating to pregnancy have on women’s lives,” Rosen said.

Both statements, like most of the justices’ arguments in their dissent, “puts women at the center” and are “not practical and extremely unreasonable,” according to legal experts.

In their dissent, Breyer, Sotomayor and Kagan claim the “‘people’ did not ratify the Fourteenth Amendment. Men did. So it is perhaps not so surprising that the ratifiers were not perfectly attuned to the importance of reproductive rights for women’s liberty.”

“If you follow that argument, it discounts the whole Constitution all the way up to the 19th amendment, which gave them the right to vote,” Severino stated.

One legal concept the dissenters acknowledge is the rights granted to American citizens in the 14th Amendment. The basis for the enactment of the 14th Amendment by the minority opinion is they believe they have the power to redefine the word “liberty.”

“The majority thinks that a woman has no liberty or equality of interest in the decision to bear a child,” according to the dissenting opinion.

Contrary to the dissenting judges, the court ruled that liberty does “not encompass a woman’s right to terminate her child; that is not what the founders meant by the ‘right to liberty.’ Liberty must be defined by what it meant to the founders; it needs a basis that reflects the people who wrote it,” Severino said.

And Biden’s couldn’t be more wrong about Dobbs. The Court’s decision in Roe caused 50 years of chaos in this country by preventing states from legislating on this contested issue. In Dobbs, the Court rightfully returned that power to the people and their representatives. /4

However, other legal experts have argued that the dissent evades a legal foundation and instead attempts to appeal to Americans’ emotions.

“I think the three dissenters in Dobbs made a deliberate decision that the tone of their dissent was going to be sorrow,” Michigan appellate lawyer Richard Bernstein told Courthouse News.

The justices turn to the possibility of rape and incest for an emotional appeal. The dissent reads, “in some states, a woman will have to bear her rapist’s child or a young girl her father’s.” Their rationale for their decision is based on less than 0.5% of all abortions that occur in America. “We don’t make any other decisions based on such a minuscule anomaly,” Severino stated.

“What the dissent is trying to do is to humanize and contextualize the issue and say here are the people that it’s going to affect and here’s why,” Frederick Lawrence, an American lawyer and civil rights expert, told Courthouse News.

Severino said it was a “disgrace that three justices on our Supreme Court would sign their names to this.” 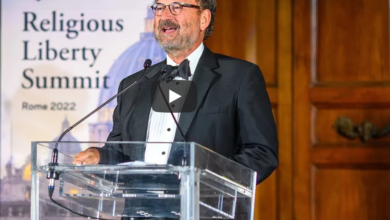