The Uvalde school district police chief who was the commander on the scene of the May 24 shooting at Robb Elementary School was not aware of 911 calls made from children inside the classroom, according to Democratic Texas state Sen. Roland Gutierrez.

Chief Pete Arredondo became the subject of blame after law enforcement revealed that officers were on the scene two minutes after the gunman entered the school, but waited nearly an hour before breaching the classroom. Police initially said most of the killings occurred during the first few minutes of the attack, but 911 calls from within the classroom revealed that eight or nine children were still alive by 12:16, by which point 19 officers were waiting in the hallway outside the classroom.

Arredondo was reportedly not informed about the 911 calls coming from inside the classroom as the operators directed the calls to the city police instead, Gutierrez said in a press conference. Gutierrez called it a “system failure.”

Uvalde schools police chief Pete Arredondo, under fire for delays in breaching classroom to confront killer at Robb Elementary, was elected to the city council earlier this month. https://t.co/KJlpXDAKKM

Texas Department of Public Safety Director Steven McCraw said Arredondo made the “wrong decision” by having officers wait outside the classroom rather than immediately breaching.

“Obviously, based on the information we have, there were children in that classroom that were still at risk,” McCraw said Friday. “From the benefit of hindsight where I’m sitting now, of course it was not the right decision. It was the wrong decision. Period.”

The City of Uvalde Police Department referred The Daily Caller News Foundation to the Texas Department of Public Safety, which did not respond to a request for comment. 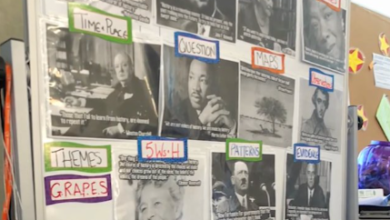