Polls taken directly from LGBTQ activist organizations reveal that millennials and members of Gen Z are becoming increasingly uneasy with the changing agenda of the LGBTQ movement.

These results might sound strange given they are meant to be “woke” generations? 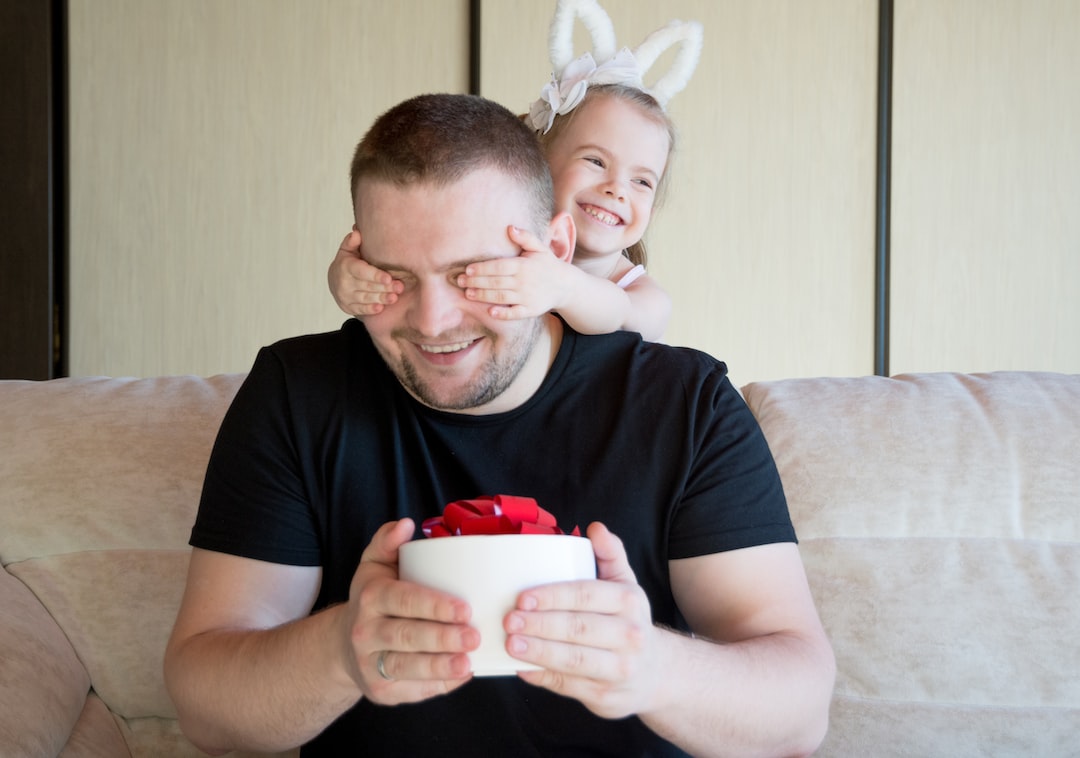 For all the ongoing promotion of LGBTQ “diversity” by progressive liberal politicians, billion-dollar corporations, mainstream media and the entertainment industry, younger Americans appear to be calling for a time-out.

In recent years, LGBTQ activism has diverted away from advocating for “gay rights” and “same-sex marriage.” Now, this ideologically organized movement is demanding the recognition and acceptance of gender fluidity and transgender identities, diminishing the significance of biological sex in exchange for “self-identification.”

As a result, many young Americans who were supportive, sympathetic or on the fence are increasingly troubled about a matter that concerns a fundamental part of being human: gender.

What do the polls show?

The annual Accelerating Acceptance report reveals that the proportion of Americans aged 18 to 34 who are “comfortable interacting with LGBTQ people” dropped from 63 percent to 53 percent from 2016 to 2017, and further decreased to 45 percent in 2018.

Sound odd? This is the only age group with growing unease around LGBTQ activism. And yet, they are the one age group who has been immersed in LGBTQ-related culture since elementary or high school education.

According to a recent Harris Poll commissioned by the organization Gay & Lesbian Alliance Against Defamation (GLAAD), young women are primarily responsible for driving this change; their comfort levels fell from 64 percent to 52 percent from 2017 to 2018.

John Gerzema, the CEO of The Harris Poll, expressed a concern that the polling could “signal a looming social crisis in discrimination.” This opinion likely resulted from an approximate ten percentage point increase from the year earlier in the number of respondents who were not comfortable with their child receiving LGBTQ history lessons.

Furthermore, the proportion of young people saying they would be uncomfortable learning that their doctor was LGBTQ jumped from 27 percent to 34 percent in one full year. Plus, around 36 percent of young Americans hinted that they would be uncomfortable finding out that a family member self-identified as LGBTQ—a 7 percent increase from the previous year.

What is driving this change among young Americans?

Having further analyzed the results from the poll, GLAAD discovered that the younger generation was interacting with more LGBTQ people who didn’t necessarily identify as gay or lesbian but, rather, as “non-binary” in gender.

“The negative shift for the young is surprising,” said Sarah Kate Ellis, GLAAD president and CEO. She then added that, “This newness they are experiencing could be leading to this erosion. It’s a newness that takes time for people to understand. Our job is to educate about non-conformity.”

That is to say the LGBTQ movement has accelerated and taken a position that is not acceptable to many people.

Over the last twenty years, a significant proportion of Americans have come to support same-sex marriage. They agree that the government should not intrude in someone’s sex life as long as their consensual choice is “not harming someone else.”

Many people however, to the annoyance of LGBTQ activists, still cannot accept and do not believe that a man can have a vulva and that a woman can have a phallus that produces sperm.

Given the decades of tireless research into human biology, most of us refer to our high school education; we learned that a woman (who is female) has XX chromosomes and that a man (who is male) has XY chromosomes.

In a minority of cases, some babies are born with an extra X or Y chromosome. And sometimes, in females, one of the X chromosomes is missing or partially missing. Furthermore, the research literature has reported that the human brain plays a significant role in determining the sex one identifies with from an early age. Recent studies have suggested that brain MRI scans of transgender people are more likely to resemble their identified sex.

One would hope that people who perceive themselves as the opposite sex of their biological makeup receive compassion and empathy. But unfortunately, it is hard for many to imagine how they must feel and the internal struggle of a ‘mismatch’ between their brain and their body’s physical characteristics.

Yet, the activist LGBTQ movement is far from gracefully accepting that gender binarism roles are the norm in society—as it has been since early recorded civilizations—and that sexual minority groups need compassionate support that doesn’t involve rubbing their lifestyle choice or sexual preference in everyone else’s face.

Frustrations among millennials and Gen-zers

Young people have witnessed the LGBTQ movement shattering their school culture. The acceptance of biological males as self-identifying females in girls’ bathrooms and, most recently, biological males dominating women’s sporting events. The perplexity of transgenderism and the LGBTQ propaganda have been infecting schools and colleges in recent years. And much of the resistance to this agenda has notably come from young people, not middle-aged adults. Teenage girls are suing their schools over biological males in female sports competitions and their right to bathroom privacy.

The LGBTQ movement wants to transform an entire generation to accept gender fluidity, but unfortunately for them, that very generation is tiptoeing backwards, as GLAAD’s polling suggests. LGBTQ activism has streamed ahead so quickly that many people who might have supported same-sex marriage have become stumped about the meaning of, say, “non-binary” or not having a gender at all.

As highlighted in a previous article, the LGBTQ movement will keep pushing until they have successfully eroded our understanding of the two sexes from society, destroying the significance of marriage between a man and a woman, and the desire to raise children in a traditional family unit. This movement has no intention of slowing down until every last bone in the framework of morality understood in the Christian faith is broken and burned from society.

Doubling down when facing legal pushback

A committed and organized ideological movement will likely double down with every pushback and perceived failure. And it won’t stop for as long as the well-meaning or apathetic masses accept what they perceive as someone’s private life that isn’t infringing upon their own—only that this movement is attempting to do just that.

Several states across America, including California, Oregon, Illinois and New Jersey, require schools to teach LGBTQ history, and now middle school children will be learning about sodomy and how to consent to it. To this end, in a growing number of states, including Tennessee, Arkansas, and Montana, the GOP is pushing to ban lessons celebrating the “triumphs and struggles of LGBTQ Americans.”

Recently, the Republican-led Florida legislature passed a bill that would prohibit early classroom instruction on sexual orientation and gender identity. To gauge public sentiment toward the law, a recent poll from Public Opinion Strategies showed that 61 percent of respondents were supportive. When the poll focused solely on parents, 70 percent approved the bill, while 24 percent said they opposed it. And it’s good to note that (even) among Democrat-leaning respondents, 55 percent said they supported the bill.

Now, lawmakers in Ohio and Louisiana are deliberating legislation similar to the Florida law. And states such as Alabama, Arizona, Iowa, Missouri, and Indiana have begun proposing their own bills.

Similarly, Alabama advanced separate legislation related to public school bathrooms and gender and sexual identity discussions in early grades. Senators voted to approve legislation mandating that K-12 students only use bathrooms and locker rooms corresponding to their assigned sex at birth instead of their current gender identity. Alabama lawmakers went further to approve legislation to ban a doctor from prescribing puberty blockers or hormones or performing surgery to aid in the gender transition of people under 19 years of age.

It hasn’t been too long since the Pennsylvania House voted to approve a bill prohibiting transgender girls from competing in girls’ school sports. Following an unsettling debate, all but one Republican and four Democrats voted for the proposal to limit players on K-12 school teams and college sports to single-sex groups based on their assigned sex at birth.

What do these bills tells us, yet again?

The success of restoring our children’s quality of education in the traditional public school system is directly proportional to the level of pushback from like-minded parents, who, as much as some might find hard to believe, also exist in the government.

Many conservatives are used to playing defense because we wish to conserve a kind of lifestyle that we believe is right and works to support our children’s well-being and happiness.

Yet, the LGBTQ movement is not going anywhere.

Parents and like-minded concerned citizens across America might consider working on promoting the idea of marriage-minded relationships between men and women in high school education and beyond.

The overwhelming majority of today’s youth will need convincing about the social and emotional satisfaction, and socio-economic advantages derived from entering a healthy monogamous relationship. And to this end, the education system would need to integrate educators who are keen to honor the joys and challenges of raising a family, together, as husband and wife.