To all of the folks out there that do absolutely stupid things in the name of Woke, we say, You are welcome.

To the Missouri college student who took down U.S. flags at a 9/11 memorial display at Washington University in St. Louis, You are Welcome. The display, put up by the WashU College Republicans, featured 2,977 flags, representing the lives lost in the September 11, 2001, terror attacks. Fadel Alkilani, a student leader at Washington University in St. Louis, who removed the flags, says that the 9/11 memorial display was “incomplete.” Alkilani claims it did nothing to call attention to the victims of Islamophobia in the U.S. or the civilian casualties in the Middle East due to American military involvement. He would be treated harshly if he did this to a display in any Islamic country in the Middle East. Lucky for him, he did this stupid thing in this country where he is protected, and we can say, You are welcome.

To Barack Obama, who hosted his birthday party at his $12 Million waterfront home on Martha’s Vineyard, You are Welcome. Fortunately for Barack, he turned 60 before his home was underwater due to climate change. Climate change on the Island was not helped by all of the private jets landing with Barack’s close friends. This Super Spreader showed us two things. The Elite do not need masks, but the people that serve them food and drink do. The mask is all about power. The Elite can exert their control over the rest of us by issuing various mandates at will.

To AOC, who thought it would be a good idea by making herself the center of attention wearing a deprecating gown to the Met Gala, Looking like a Chic-Fil-A take-out bag. Her white dress with the red lettering telling all to “Tax the Rich” was a popular target of the Paparazzi. AOC was eating up the attention until she learned that she enjoyed the night right into an ethics violation. AOC and her date were comped the $35.000 tickets, which is what triggered the outrage. Now she gets to defend this #70,000 gift, and maybe at the same time, she can explain why none of the Rich and Famous needed a mask while the servers’ faces were masked. To AOC, You are Welcome. Your violation highlights just how tone-deaf you are, and you will still get re-elected.

These examples can go on, but I try to keep my posts concise. These folks continue to do these stupid things because they can. There is no accountability expected and no retribution ever. These people are untouchable because they are the rulers and we the subservient. A mother will be shamed into masking her two-year-old on a domestic flight, but Nancy can host a fundraiser, and none of the guests need to pack a face cover.

Forget black and white or charges of racism. We are fostering a two-tier society of the Elite and the Un-washed. By our silence, we are letting this divide happen, To which we say to all of these chosen ones, You are welcome. As necessary as they are in our toolbox, not even WD40 or Duct Tape can fix stupid. Stupid is just too far gone.

Support Conservative Daily News with a small donation via Paypal or credit card that will go towards supporting the news and commentary you've come to appreciate.
Tags
Alexandria Ocasio-Cortez Barack Obama Nancy Pelosi

Meatpacking industry is not the cause of higher meat prices. It’s government policy. 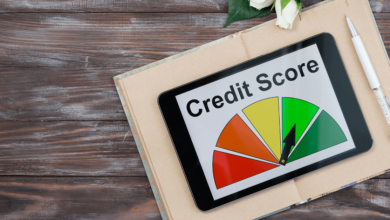 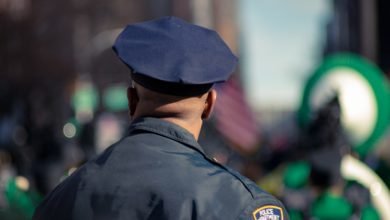 The Systematic Smearing Of The Police