Andrew Cuomo announced his resignation from the New York gubernatorial office on Tuesday. Just a few months ago Cuomo was paraded around as a figurehead of the Democratic Party. His lockdowns were harsh, and he shut down the economy of the entire state. Cuomo gave many press conferences about his policies, and other democratic states usually followed in adopting many of the harsh policies he talked about. Many Democrats even thought Cuomo should replace Biden as the Presidential nominee. So why did Cuomo Resign? Supposedly he resigned because he did not sexually assault or harass anyone.

Many women accused Cuomo of sexual assault and sexual harassment. Lindsey Boylan was the first woman to accuse Cuomo, she said he kissed, groped, and made inappropriate comments to her. This accusation is especially concerning because the attorney general’s report on the matter found that “the Executive Chamber actively engaged in an effort to discredit her.” Ana Liss was previously an aide in Cuomo’s office, and she said that she was also touched and kissed by Cuomo. Virginia Limmiatis said she was inappropriately touched by Cuomo at an event in 2017. There are countless accusations against Cuomo, and with the me too atmosphere in New York even unwarranted claims of sexual harassment or assault can be damning for a politician, but considering that many of the claims certainly have merit any comeback would have been hard for Cuomo.

That being said, Andrew Cuomo is an extremely talented politician, and he has staved off many political attacks and scandals before with the support of his party. Cuomo was accused of engaging in a cover-up involving structural issues with Tappan Zee Bridge. He gave his relatives priority testing during the beginning of the pandemic, according to New York’s top health officials. Cuomo disbanded the Moreland Commission when it started investigations involving his political allies. He blocked federal prosecutors from investigating Crystal Run Healthcare, an entity that donated $400,000 to his campaign. These examples barely scratch the surface of Andrew Cuomo’s scandals, but up until now, Cuomo has survived the scandals.

For an experienced politician such as Cuomo with a long list of scandals, it is hard to believe that he would actually resign because of a few allegations of sexual assault, as he claimed. Of course, he did not resign due to the allegations of sexual assault, but he resigned because of one of the largest political scandals in American history. Andrew Cuomo’s policy resulted in the death of 15,000 people. He shipped people with Covid off to the nursing homes of New York, at the time he did this we basically only knew one thing about Covid, and that thing was that it affected old people at a disproportionate rate. With even this limited information about the virus, anyone with two brain cells to put together could pretty easily conclude that using nursing homes to quarantine people is a bad idea, and as such the decision sparked outrage among some. 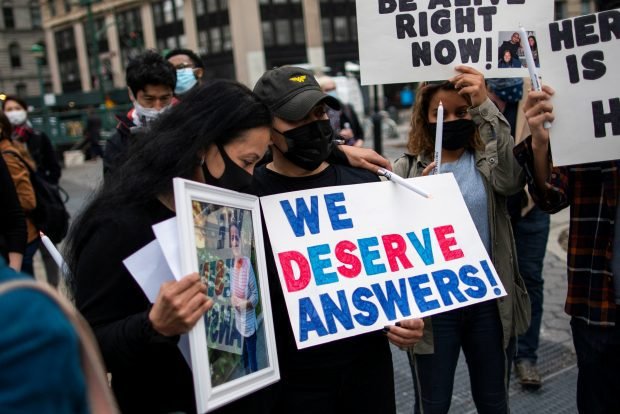 This mistake in and of itself is certainly a scandal, but Cuomo also attempted to cover up the deaths. The FBI is now investigating if Cuomo aides lied about the nursing homes as well, and unless there is corruption, the FBI will almost certainly conclude that there was a cover-up as the numbers they gave us do not match the actual numbers of nursing home deaths from Covid. Even this would not be enough to get Cuomo to resign of his own free will. Unfortunately for Democrats, having a politician that killed 15,000 people and covered it up just isn’t good for optics. Even less fortunate for them, most other leftist Governors based their Covid policy on Cuomo’s Covid policy.

This put Democrats in a hard position. They needed him to resign, but they also wanted to keep their own jobs. You can’t say “Andrew Cuomo should resign because his Covid policies led to 15,000 deaths, but when I enacted his policies in our state, it was actually really good even though some people died.” The Democrats needed a safe way of dealing with Cuomo, and the sexual assault allegations provided that. This is why Democrats condemned him and demanded a resignation, not because of the sexual assault. Even if the Leftist elites pretend in public that this was a moral decision to demand the resignation of Cuomo, the decision was entirely politically motivated. In two weeks another radical leftist, Kathy Hochul, will replace Cuomo. This resignation is certainly not a win for conservatives. Nothing will change in New York and Cuomo will never face accountability for his policies that killed 15,000 people.

Support Conservative Daily News with a small donation via Paypal or credit card that will go towards supporting the news and commentary you've come to appreciate.
Tags
Andrew Cuomo

My name is Nicholas Van Landschoot, and I am a conservative author. My qualifications include having a grasp on reality, a basic understanding of English, and that is about it. I tend to write about cultural and political issues such as abortion, the willful mutilation of oneself, and other things like that. Some people think inspiration is important for writing, but I write from a place of deep horror and disgust.