The first incident occurred shortly before midnight on July 11, when a box truck approached the primary inspection of the checkpoint.  A Service canine alerted agents and the driver was referred to secondary.  Agents discovered over 10 individuals inside the cargo area that were in the U.S. illegally and from the country of Mexico.

The second incident occurred two days later when a tractor-trailer approached the checkpoint.  A Service canine alerted agents and the driver was referred to secondary inspection. Agents discovered almost 90 individuals inside the trailer.  All were in the U.S. illegally and from the countries of Mexico, Guatemala, Honduras, and El Salvador. 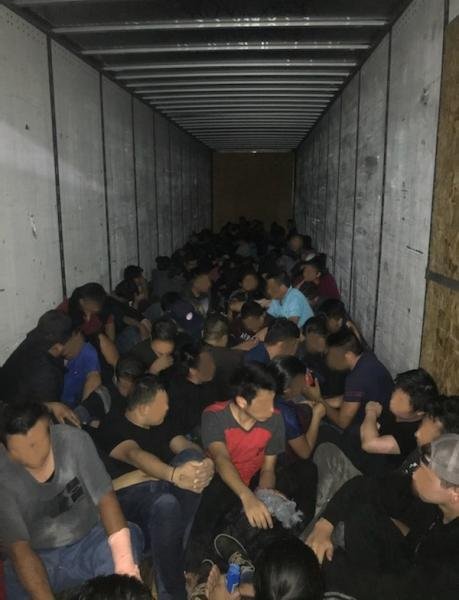 Help take a stand against criminal organizations and their potentially dangerous acts by reporting suspicious activity.