Haines was confirmed 84-10, and is the first Biden Cabinet nominee to be confirmed, the Washington Post reported.

The vote came one day after Haines’ hearing before the Senate Intelligence Committee and was in limbo much of Wednesday due to Arkansas Sen. Tom Cotton’s earlier objection to her swift confirmation over an answer she gave during her hearing regarding the CIA’s interrogation program during President George W. Bush’s administration.

Cotton withdrew his objection after she clarified her answer, and the vote was announced by Senate Majority Leader Chuck Schumer on Wednesday afternoon. Haines will be the first woman to serve as the director of national intelligence.

In addition to Haines, former Federal Reserve Chair Janet Yellen is also expected to be confirmed quickly, but the timetables for Biden’s other nominees remain unclear.

Schumer and Senate Minority Leader Mitch McConnell have yet to reach a compromise on how they will share power in the chamber given its 50-50 split, possibly stalling the confirmation votes of Biden’s other Cabinet secretaries as a result.

Some of Biden’s nominees may also face roadblocks from Republican senators. Missouri Sen. Josh Hawley said on Tuesday that he would block the expedited confirmation of Alejandro Mayorkas, Biden’s nominee for the Department of Homeland Security, over an answer he gave regarding the border wall during his hearing on Tuesday. 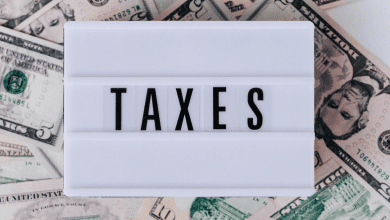 The Democrat Way: If You Can’t Beat ‘Em, Tax Them