One hundred ten days after she was murdered, bludgeoned by a hammer, dismembered, burned, and buried in a shallow grave by a river, Fort Hood Army Specialist, Vanessa Guillen’s mother and family will finally be allowed to lay her to rest. Vanessa was twenty years old.

Specialist Aaron David Robinson, charged as her killer, cowardly committed suicide as law enforcement moved in on him. His girlfriend has been charged as an accessory. The family has accused the military, and Fort Hood leadership specifically, of engaging in a cover-up. They identify a stall and misinformation campaign designed to keep a systemic culture of sexual abuse and harassment on the base from becoming public knowledge. Vanessa’s family charge they have been lied to and vow Vanessa’s voice will no longer be silenced.

Specialist Guillen went missing on April 22nd and remained listed as “missing” for six weeks before the Army released any details associated with her disappearance. The distraught family was left to piece together details about their loved one’s sudden vanishing and begged the authorities on the base for information that was met with resistance. They gathered information from other enlisted and civilians and shared it with the military, including that Vanessa had confided she had been a victim of sexual harassment, and they feared her disappearance could be a sexual assault. Vanessa’s older sister, 22-year-old Mayra, started an online fundraiser to cover the cost of a private investigator and an attorney.

“My sister did not sign up to the Army to be held against her will. We need to find her and get justice,” Mayra Guillen wrote.

Finally, on June 23, the military told the family that foul play was suspected, followed on July 1, where they announced a suspect in the case and that he had killed himself. The family’s agonizing quest to find Vanessa ended on July 6, when remains recovered 20 miles from the base by a river was confirmed to be their beloved daughter and sister, for a timeline read here.

Since this tragedy began unfolding, many advocates have attempted to generate enough buzz and focus (media and political) on the issues surrounding Vanessa’s death. The (LULAC) in San Antonio, organized a rally demanding justice for Guillen and launched the #LaQuiroViva Campaign.

“Latinos have a proud history of serving the country, but then not being treated as equal citizens,” said Domingo Garcia, president, and CEO of LULAC, who urged Latinas not to join the military until there are assurances in place that women will be protected while serving. Latinos make up about 16 percent of active duty service members.”

The community erected a mural described as, “The art is very symbolic of what her friends and family said she stood for. It displays the Mexico flag, portraying Guillen’s Mexican-American heritage, and the American flag portrays the country she signed up to serve for.” Hundreds gathered across several cities, Austin, Houston, El Paso, and San Antonio over July fourth weekend in solidarity as well as in Washington DC on July 30th. While the gatherings were meaningful, one must point out the stark difference in how national politicians and media highlighted, promoted, and covered the protests as compared to the Floyd protests, as well as the size of the crowds attending.

The family and their lawyer, Natalie Khawam, are working with politicians, and Latino and Veteran groups, to introduce them, I Am Vanessa Guillen bill (#IAmVanessaGuillen). The legislation, if passed, would allow active-duty service members to report sexual harassment and assault to a third-party agency (independent) instead of their supervisors removing fears of reprisals.

President Trump acknowledged Guillen’s death in an interview with Noticias Telemundo on July 10th. He said he had heard of the sexual harassment and assault allegations in the Army and was expecting a full report by Monday.” I thought it was absolutely horrible,” Trump said. The president also vowed to make whatever details the Army releases to him, that he was able to disclose, public.

Then, on July 30, the Guillen family met with the President of the United States in the Oval Office for almost an hour. The following video reveals the sit-down exchanges with Vanessa’s mother and father, sisters, family lawyer, and the president. It is a raw, authentic, profound display of grief, empathy, compassion, passion, honor, enlightenment, empowerment, and courage. Vanessa could not hope to have stronger advocates determined to not allow her death to be in vain or a more respectful heart and mind listening and supporting in a president. One of the most significant moments came when the president learned from the family’s lawyer that the family had yet been able to bury Vanessa as her remains had not been returned to date. He bristled in disbelief stating “that’s no good, we will take care of that.” followed up with “If you need help with the funeral financially, I will help,” the President told the family in the Oval Office at the time in a video (the exchange starts at (13:55).

The Guillen story is not an isolated event, sadly. As reported, eight soldiers’ deaths are under investigation. Whatever, “something wicked this way comes “, is blowing about at Fort Hood is for another article and another day. Today all focus should be on this American soldier.

Born to immigrant parents from Mexico, this native Houstonian at the tender age of 10 spoke about her dream to grow up and join the United States military to serve the country she loved. She enlisted right out of high school at the age of 18. She was trained as a 91F in the 3rd Cavalry Regiment and was proud of both her Latino heritage and to wear the uniform of her country while being stationed at Fort Hood in her home state. The family reports her younger sister, Lupe, has said that she had looked up to her big sister and wanted to follow in her footsteps. Vanessa’s life is the quintessential American story.

This family’s excruciating journey to closure draws near after the meeting at the White House. The family has received Vanessa’s remains, and a memorial service will be held, Friday, August, 14 at César E. Chavez High School, where she attended. The family will gather for a private funeral, Saturday, August 15. Guillen’s Grandmother and six of her Aunt’s and Uncle’s have secured a humanitarian visa to travel from Mexico to attend the funeral. A cursory review of headlines about this development showed little to no mention of any role President Trump or his administration may have had in facilitating this closure or supporting legislation that honors this young woman by protecting other soldiers.

Letting go is never easy, and a family’s grief is eternal. But rest now, Vanessa, and recognize how hard your family, advocates, and this commander and chief fought to bring justice in your case. Know your passing, while tragic, will deliver positive change for other soldiers who are victims of harassment. And we pray that you know how proud your immediate family and your American Family are of you and your service to our country.

Seated in the most powerful office in the world, the Oval, an American president, makes a sacred promise to a grieving mother that she can bury her daughter.

Now an American Soldier will rest in peace. 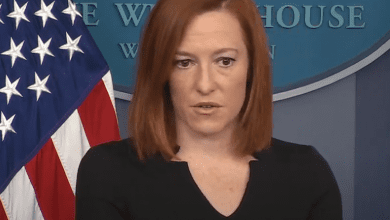