So Peaceful it will make your eyes water.. 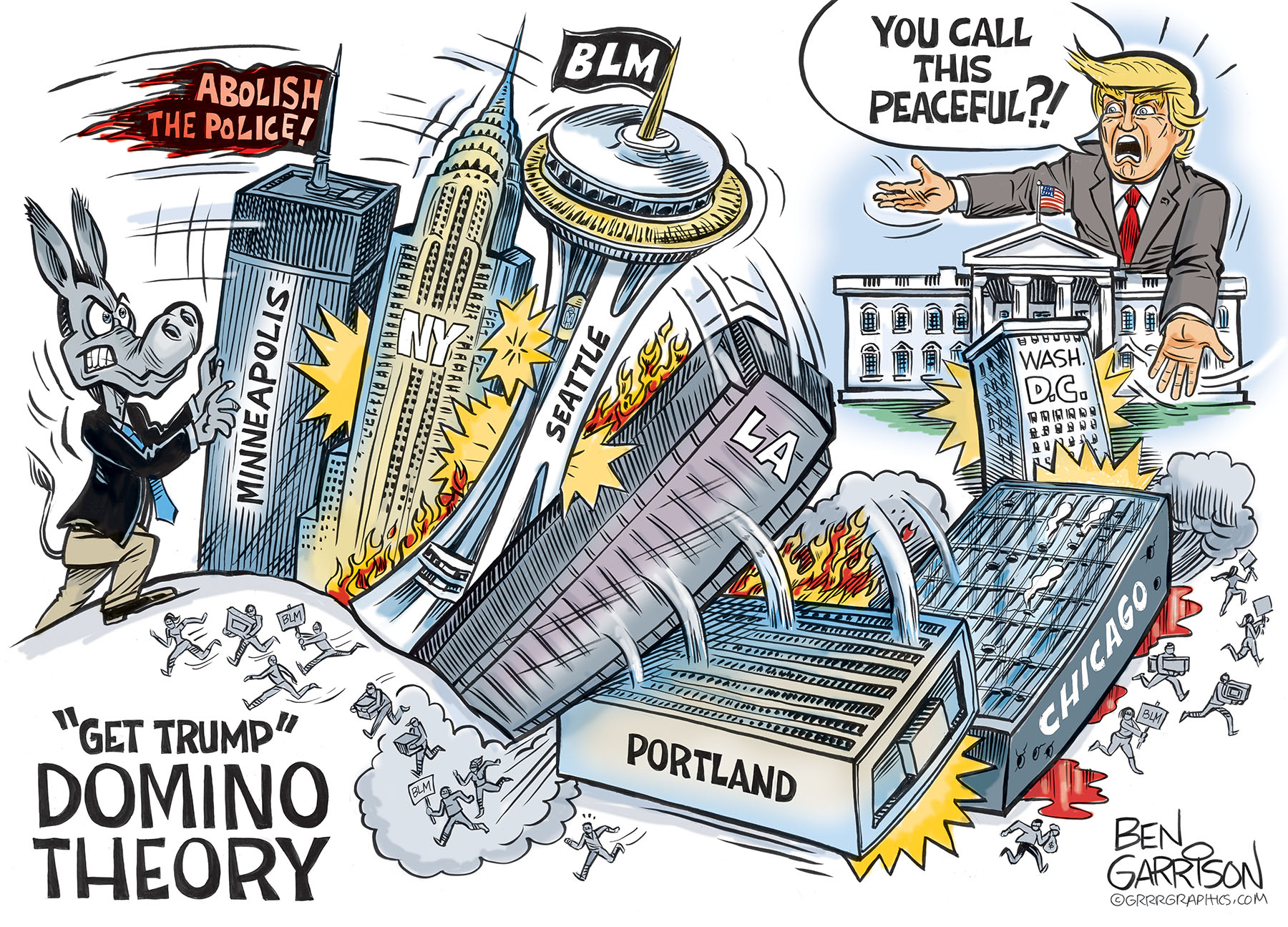 We know the Socialist Democrats and the fake news mainstream media are going to blame anything and everything on Trump at every opportunity. Now they’re blaming the unrest in the big blue cities on Trump. No, it’s not the fault of the long ensconced, far-left Democrat mayors in those cities…it’s all Trump’s fault.

The mayors wouldn’t do anything to stem the violent chaos, er, peaceful protests in their cities. They have also seen to it that law breaking protestors are released almost as fast as they’re arrested. This frustrates the police departments. The mayors have a cure for that–eliminate the police. Some even want to eliminate jails, courts and the justice system itself.

The lying corporate media won’t blame The Bolshevik mayors. Instead, they say Trump and his White House engage in ‘systemic racism’ and ‘divisiveness.’ Trump is blamed for not doing anything to solve the violence in the cities and if he threatens to send in the military he’s attacked harder.

All stops are being pulled. The drums of fear are beating incessantly to promote the scamdemic while the big city dominoes continue to fall.  By creating a relentless atmosphere of disaster, the Socialist Democrats hope the citizens will grow fatigued and vote for a demented figurehead named Joe Biden. That would be the real disaster.