Despite its defensible claim to having made a textualist ruling, the Supreme Court of America has further entrenched the unnatural national blight of Transgenderism on a nation already careening out
of control. The stranglehold that nine unelected men and women have on our Nation must be called out for what it is, whether or not you agree or disagree with any of their decisions. For the same knife that ‘stick sheep’ will one day ‘stick goat’.

How really supreme is the Supreme Court and its decisions? And while you are at it… what really is the Supreme Court? At best, the Supreme Court is an integral part of America’s greatest experiment in human justice. We have nothing better with which to replace it. But equally true, we owe it to ourselves to understand its blatant limitations. Consider the following self-evident truths.

First, America has 50 State Supreme Courts, each with its own capacities to decide what is right and what is wrong for its State, but having absolutely no power over the decisions of the other 49 Supreme Courts. How Supreme is that! If a resident of one State does not like the Supreme Court rulings of that State, that person has the right to reside in another State whose Supreme Court’s rulings better match his or her wishes.

But logical thought begs the obvious question. Since there is a Supreme Court and a More Supreme Court, what is the Most Supreme Court? The Founding Fathers of the United States of America who wrote our Constitution would all agree that the Most Supreme Court is the Tribunal of Heaven with three eternal tenured Justices – God the Father, God the Son, and God the Holy Spirit. The last time I checked, it is in that same God that we Trust. And perhaps the most assuring and confidence-building fact about this Most Supreme Court is that it never hands down a 2-1
ruling and never has a dissent nor abstention. Its rulings are always unanimous.

Regardless of what Congress or the Supreme Court says, Transgenderism is
blatantly, obviously unnatural. The same God who presides in the Most Supreme Court, is also the Creator. And as Creator, God created Adam and Eve with a penis and a vagina. I will be the first to concede that He just as easily could have created Adam and Steve, each with a penis, or Eve and Eva, each with a vagina. But He did not. In fact, He had settled that issue, if it ever came up for discussion, long before He made man and woman. He had already made all the animals… and he made them male and female with complimentary sexual organs for the declared purpose of reproduction, and possibly also for pleasure. Any attempt to reverse the gender of your birth is therefore a fundamental challenge to nature and what is natural.

When the United States Government. Collectively, and/or the Executive, Legislative and Judicial branches individually impose a “positive law” that attempts to negate or supersede a “natural law”, the Most Supreme Court will render it Universally Unconstitutional and unacceptable, and will impose grave penalties.

Because all laws facilitating Transgenderism are abhorrent to Natural Law,
execution of these laws will continue to tear at the fabric of society because they are inconsistent with the underlying design pattern of human beings who form ourselves into societies. We all know that it is unacceptable for boys and girls to compete against each other in events that depend on physical strength. All our norms and societal rules have reflected this forever. When a boy decides that he is going to transgenderize himself into a girl without the ability to make a total and complete transformation, he is very likely to dominate girls of a similar age and athletic proficiency on the track. And we know that is not fair. Why? Because the God of the Most Supreme Court will not totally abandon us to the full manifestation
of our reprobate minds for as long as a remnant of righteous remain in the land.

But to be clear… America is galloping at an increasing pace to the brink of the precipice of societal implosion… and both the Democratic Party by its actions, and the Republican Party by its inaction are co-conspirators in this national crime. The greatest travesty is that come November, you have to vote for one of them… I am obligated to vote Republican… not necessarily because of what they have done, but because of what I know they can be pressured to do. On the other hand, I cannot vote for the Democrats, because the major planks of their platform are firmly founded on positive laws whose stench is repugnant to the nostrils of the Most Supreme Court Judge.

Godfrey McAllister is a Motivational Speaker and Author. His Trademarked name is “Doctor Perspective”. His Trademarked mantra is “The only thing over which you have complete control is your perspective.”
Email: [email protected]; Tel: 954-299-9394

Support Conservative Daily News with a small donation via Paypal or credit card that will go towards supporting the news and commentary you've come to appreciate.
Tags
The Supreme Court of the United States transgender 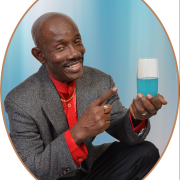