While the left loves to point fingers at President  Trump and call him a racist, they should take a look at their own guy Joe Biden who has a whole history of being a racist far greater than what they accuse Trump of being. I guess they are taking a chapter from the Saul Alinsky playbook to blame others for what you do or the liberal hypocritical double standard of do as I say not as I do.

Biden has a long history of supporting white supremacists and just being an all-around racially insensitive, privileged white geezer. For nearly 50 years he has knowingly and willingly associated himself with and supported the causes of the Democratic Party, known throughout history for its association with white supremacy.

When Romney was running for president Biden spoke at an all black church and told them in a black accent “They’re going to put ya’ll back in chains.” Or how about when he was peaking at a 7/11 store and told the small crowd there “You can’t walk into a 7/11 or Dunkin’ Donuts without hearing a slight Indian accent.’”

Or when he was endorsing Obama he said “I mean, you got the first mainstream African-American who is articulate and bright and clean and a nice-looking guy,” in reference to Barack Obama.

Of course defenders of Biden as always say, “Oh that’s just Joe being Joe.” But can you imagine if a Republican said that or if Trump said that? In fact when students at Marymount University were asked who said those comments they all thought Trump did.

Biden’s latest comment to the host of a black radio station of “You’re not black if you don’t vote for me” got everyone in a dither. Biden half heartedly apologized saying he shouldn’t have been so cavalier or a wise guy.”

No sooner is he out of that remark when in the midst of all these riots and Black Lives Matter protests he comes out with, “10-15% of people in America are bad people.” Whether true or not the way he said it and the timing shouldn’t win him any votes.

When making this statement during his virtual town hall, Biden failed to go into further details. This has left many Americans questioning exactly which individuals the former vice president views as the 10% to 15% of “not very good people.

They are his constituants and he knows first- hand what he is talking about. We just saw his 10% out robbing, stealing, and murdering…

Biden has also said “I will beat Joe Biden”… it’s in a video… he forgot who or what he is running against.. To support a man or woman who has obvious dementia issues takes some nerve.

In the past Democratic presidential front-runner Joseph R. Biden, who has denounced President Trump’s efforts against Central American asylum-seekers, vigorously opposed resettling as refugees South Vietnamese who had helped the U.S. during the war.

The Washington Examiner reported , citing records from the administration of President Gerald R. Ford, that as a U.S. senator, Mr. Biden tried to deny refuge to hundreds of thousands fleeing the imminent North Vietnamese victory and likely Communist persecution.

Mr. Biden’s arguments about refugees reverse what he and other Democrats now insist are the only moral stances, saying that the U.S. had “no obligation, moral or otherwise, to evacuate foreign nationals,” the Examiner reported.

The United States has no obligation to evacuate one — or 100,001 — South Vietnamese,” Mr. Biden said then.

In an April 1975 meeting at the White House with Ford and several of his top foreign-policy officials including Henry Kissinger, Mr. Biden said he would not vote to fund evacuation of non-Americans.

“We should focus on getting [U.S. troops] out. Getting the Vietnamese out and military aid for the [South Vietnam’s government] are totally different,” he said.

Mr. Kissinger told Mr. Biden and others in the Senate delegation that there were anywhere from 170,000 to a million South Vietnamese “to whom we have an obligation,” but the Delaware senator, a member of the Foreign Relations Committee, denied that.

More than 130,000 South Vietnamese fleeing the victorious Communists were eventually evacuated and granted refuge in the U.S.

Biden probably didn’t want South Vietnamese legally immigrated to the United States because they were and continue to be adamant conservative Republicans which shows his own  political bias and racism.

The Joe Biden campaign is facing criticism after sending out an email to supporters with “George Floyd’s last words” paired with a link for people to donate to the campaign.

“‘I can’t breathe.’ ‘I can’t breathe,’” the email read. “George Floyd’s last words. But they didn’t die with him. They’re still being heard. They’re echoing across this nation.”

The email continued: “They speak to a nation where too often just the color of your skin puts your life at risk… It’s a wake-up call for our nation. For all of us.”

At the bottom of the email, was a button for readers to click to “donate to elect Joe Biden.”

This move by the Biden campaign falls in line with his recent actions where he made it clear that he felt he could take advantage of the black community, including telling Breakfast Club host Charlamagne the God, that if African Americans have any doubt about voting for him in November, “they’re not black.”

Donald Trump JR. reacted to the disturbing manipulation practice by Joe Biden’s team. “The @JoeBiden campaign is shamelessly fundraising off of the death of George Floyd,” he said. “People are still grieving and Joe’s using this awful tragedy to line the pockets of his campaign. Not right… but also not surprising!”

Trump Sr.tweeted.“In 3 1/2 years, I’ve done much more for our Black population than Joe Biden has done in 43 years. Actually, he set them back big time with his Crime Bill, which he doesn’t even remember. I’ve done more for Black Americans, in fact, than any President in U.S. history.”

In light of Biden’s pattern of oral blunders and missteps, Americans should not hold their breaths waiting for a sensible or logical explanation. In the days to come, Biden’s campaign team will likely attempt to run damage control and protect what is left of his image. 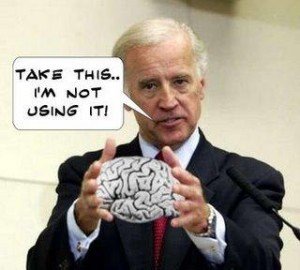 Support Conservative Daily News with a small donation via Paypal or credit card that will go towards supporting the news and commentary you've come to appreciate.
Tags
Joe Biden racism