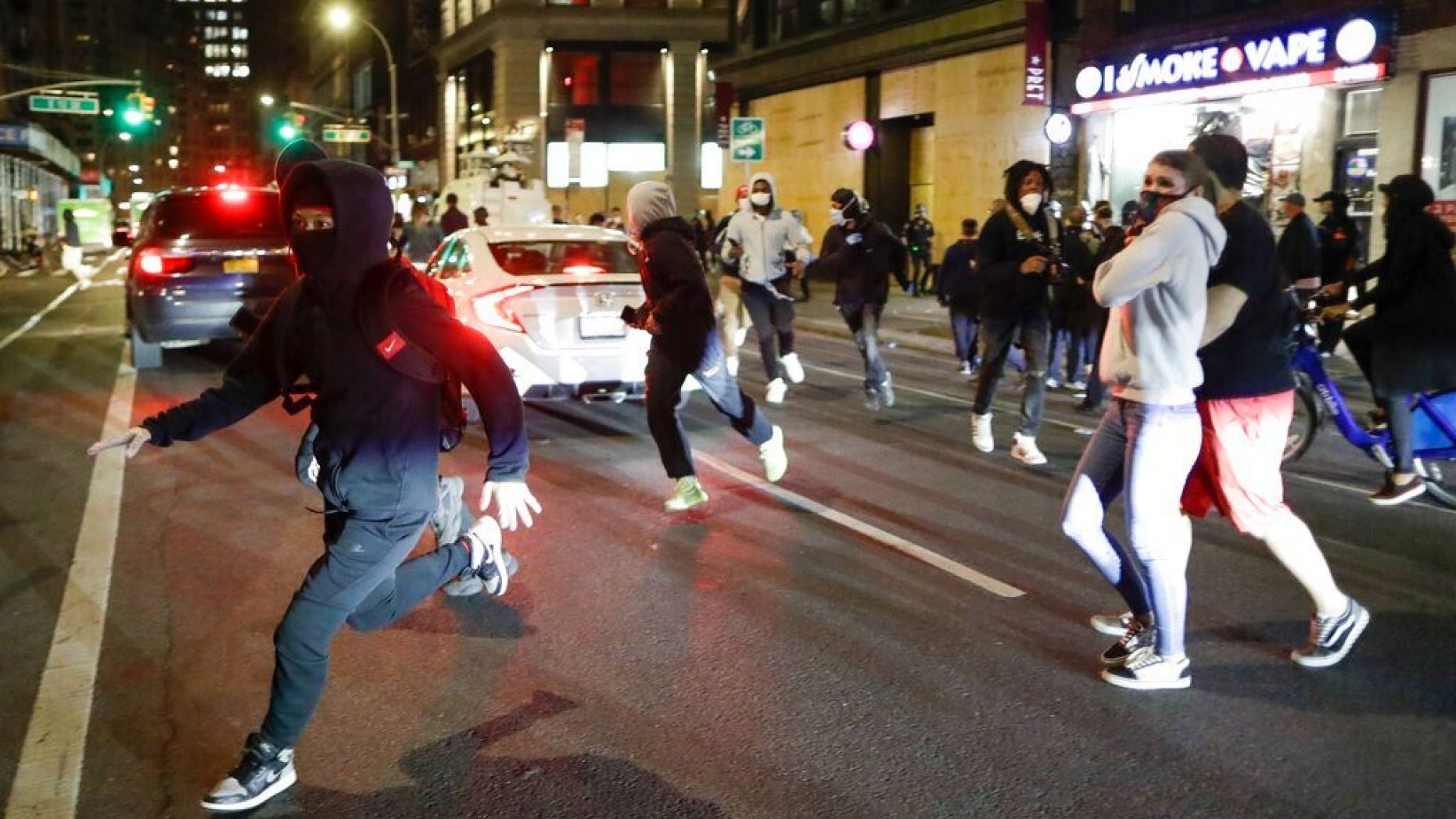 What we are witnessing across America and even the world now with all these riots, looting and violence is not a protest against a cop killing George Floyd, but full-blown anarchy promoted by people with an agenda namely George Soros and is one-world government agenda. Just follow the money and I would bet all roads lead to there. None of these people care about the guy who died nor if black lives matter!  All they want to do is blame it all on President Trump and take one more chance at unseating him.

A man was shot dead on Wednesday afternoon during a riot in Minneapolis, structures got brought down, and retail stores robbed of their goods.

What started as a protest highlight police brutality regressed into anarchy in the 3rd Precinct in Minneapolis. Protestors resorted to violence. From ransacked stores to fires, with footage displaying rioters looting goods from stores.

Target, near the 3rd Precinct of Minneapolis, was the epicenter of the protest last Wednesday. Target was one of the most injured stores which were utterly looted. Looters broke into every cash register and self-checkout at the store to steal the money inside. Similar treatment was given to ATMs in several stores, the Daily Caller reporter observed. 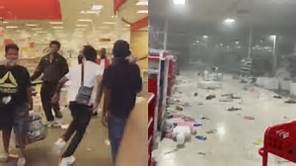 There was a fire at a tarnished AutoZone Store and a 6-story building with bales for insulation was ignited by the violent rioters the fire engulfed the building resulting in its collapse.

All of this mayhem has the appearance of being organized and orchestrated by factions like ANTIFA who are is backed and supported by the democrat party. Most of it is not about the death of Mister Floyd. It is merely an excuse to pillage, loot, and cause general chaos. Many of these rioters probably don’t even know who George Floyd is. They just want free stuff and don’t realize they are being used

The New York Times faced an overwhelming backlash from Democratic lawmakers and liberal members of the media over its front-page headline that may have been too favorable towards President Trump. 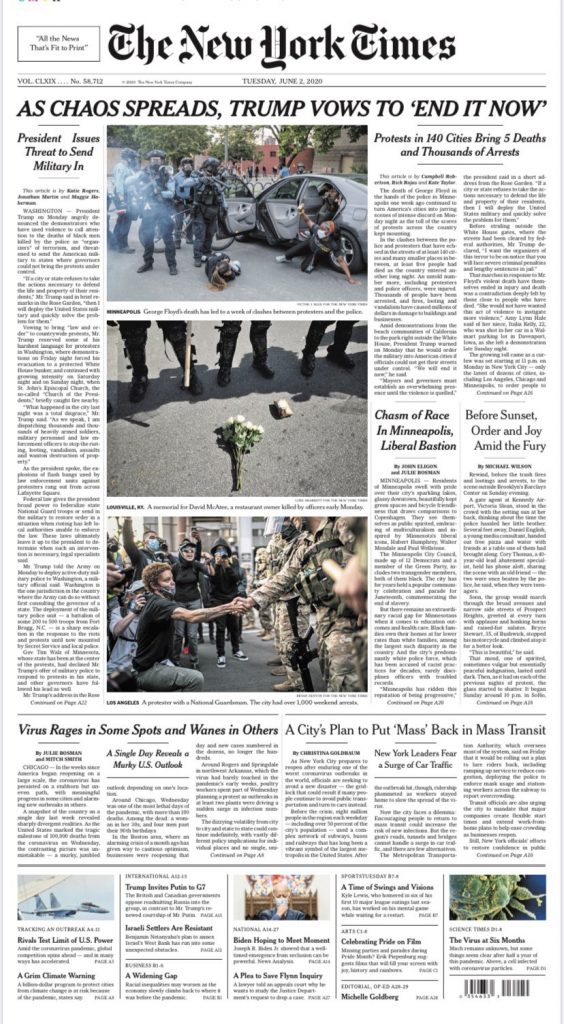 During a Rose Garden address on Monday, Trump threatened to use military force to quell the riots that have broken out following the death of George Floyd if governors and mayors don’t take enough action.

“As Chaos Spreads, Trump Vows to ‘End It Now,’” the top headline read with various images from the protests.

President Trump called the family of George Floyd to offer his condolences. Trump has said numerous times he sympathizes with peaceful protesters and they have that right, but condemned the violence.

In an interview with Al Sharpton George Floyd’s brother said he could hardly get a word in during his phone call with President Trump last week.

“He didn’t give me an opportunity to even speak,” Philonise Floyd said in an interview with MSNBC on Saturday. “It was hard. I was trying to talk to him, but he just kept, like, pushing me off, like, ‘I don’t want to hear what you’re talking about.'”

“And I just told him, ‘I want justice.’ I said that I couldn’t believe that they committed a modern-day lynching in broad daylight,” he added.

I wish I could have heard that phone call. Trump has done more for black people than any other president including Obama who did nothing for them and he was supposed to do everything for them. He gives them jobs by having the lowest black unemployment in history, he passed prison reform after Clinton, Bush and Obama talked about it but didn’t do anything about it. I saw Floyd’s brother speaking before a crowd calling for peaceful protests and he and his followers had masks on with his brother’s picture on it and the words “I can’t breathe on it.” After calling for peaceful protests he leads a crowd shouting ‘no justice no peace” and then “one down and three to go” referring to the other three cops who were with Chauvin. That’s supposed to be peaceful? These people are all calling for justice,. The cop has been arrested and charged with third-degree murder. The other three have been fired and are awaiting charges. What else do they want? To kill him right there in a public execution?

Over the last few days, New York’s finest have found themselves the targets of violence at the hands of the very people they are sworn to protect.

There have been reports officers being attacked with Molotov cocktails, bricks, stones, and just about anything else the rioters were able to get their hands on.

In some cities, there were pallets loaded with bricks on street corners obviously left there for the rioters by backers of this mass insurrection. For the most part, the NYPD has been left to handle this crisis on its own, as Mayor Bill de Blasio has reluctant to accept help from the National Guard for fear it would only make the situation worse.

Yet there he was praising his daughter who was arrested during the protests saying he was proud she was willing to go out there and do something about it. “She’s such a good human being.”

Macy’s flagship store was hit with protesters smashing its’ windows running in and grabbing whatever they could before police arrived.

In Washington D.C. St. John’s Church known as the church of the presidents because every president since James Madison attended there was set on fire.

Trump posed in front of the church holding a bible and condemning the rioters which, though well-meaning, he shouldn’t have done. 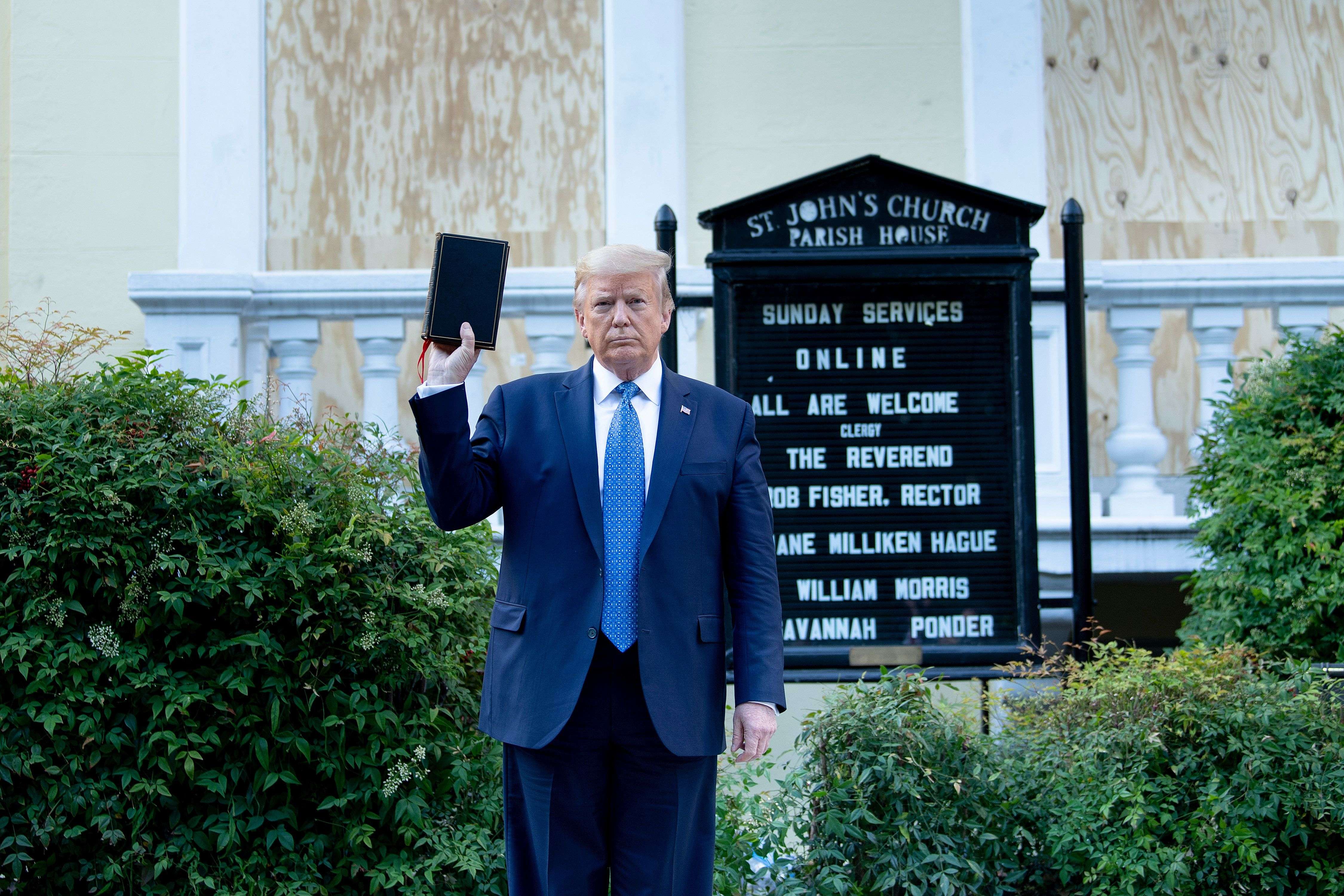 Lawmakers, former elected officials and religious leaders voiced outrage at President Donald Trump after police used tear gas and flash bangs against peaceful protesters outside the White House to clear the crowd for Trump to do a photo-op at St. John’s church on Monday evening.

House Speaker Nancy Pelosi, D-Calif, and Senate Minority Leader Chuck Schumer, D-N.Y., said in a joint statement that Trump is “ripping” the country apart when Americans are crying out for unity over the murder of George Floyd in Minneapolis last week. 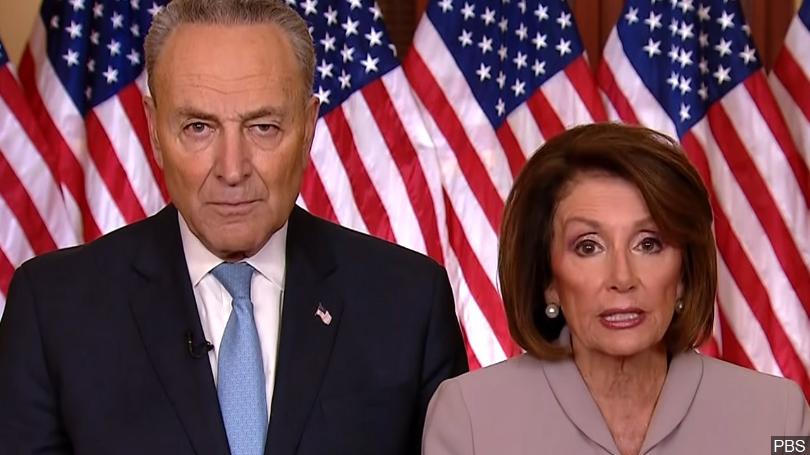 Tear-gassing peaceful protesters without provocation just so that the president could pose for photos outside a church dishonors every value that faith teaches us. We call upon the president, law enforcement, and all entrusted with the responsibility to respect the dignity and rights of all Americans,” Pelosi and Schumer said.

The pair of Democratic leaders said the nation needs “real leadership” during this challenging time and added, “The President’s continued fanning of the flames of discord, bigotry and violence is cowardly, weak and dangerous.”

Pelosi and Schumer are just as guilty of fanning the flames as they just use minorities to suit their own agenda.

Father James Martin, a prominent Jesuit priest, and author, said in a statement to NBC News Monday, “Using the Bible as a prop while talking about sending in the military, bragging about how your country is the greatest in the world, and publicly mocking people on a daily basis, is pretty much the opposite of all Jesus stood for.”

Rioters in Washington, D.C., reportedly breached the U.S. Treasury Department and have caused some damage to the building.

Rioters “in the nation’s capital breached the complex of the Treasury Department and spray painted the area,” CNN reported. “Some of the protesters were briefly detained by the US Secret Service but eventually let go.”

In the aftermath of riots that appeared to have hijacked peaceful protests over the death of George Floyd,  President Donald Trump announced on Twitter on Sunday that the left-wing “anti-fascist” coalition known as Antifa will be designated as a terrorist organization.

“The United States of America will be designating ANTIFA as a Terrorist Organization,” Trump wrote.

Trump, who has threatened to act against groups in the past, cited Antifa for igniting riots in another Sunday tweet. “Congratulations to our National Guard for the great job they did immediately upon arriving in Minneapolis, Minnesota, last night. The ANTIFA led anarchists, among others, were shut down quickly. Should have been done by Mayor on the first night and there would have been no trouble!” he tweeted.

President Trump on Sunday afternoon expressed outrage over an apparent lack of law enforcement arrests of rioters who have brought violence upon several American cities following the death of George Floyd in Minneapolis last week.

As cities around the U.S. witnessed a seventh straight night of both peaceful demonstrations and bursts of theft, vandalism and attacks on police, the president amplified his hard-line calls of a day earlier, in which he threatened to send in the military to restore order if governors didn’t do it.

“NYC, CALL UP THE NATIONAL GUARD,” he tweeted. “The lowlifes and losers are ripping you apart. Act fast! Don’t make the same horrible and deadly mistake you made with the Nursing Homes!!!”

Support Conservative Daily News with a small donation via Paypal or credit card that will go towards supporting the news and commentary you've come to appreciate.
Tags
Antifa George Floyd riots