For most of human history, social networking required being in the physical presence of other people. The only way to make a friend, gain a collaborator or find a mate was in the flesh, face to face. The internet — as well as texting and other forms of electronic communication — has changed all that, but Harvard sociologist Mario Small argues that the physical spaces we inhabit still make a big difference in our social lives.

In an article in the Annual Review of Sociology, Small and his graduate student Laura Adler review nearly a century of research exploring the role of space in the formation of social ties. This work examines how certain places, from city parks and barbershops to office watercoolers and coffee stations, foster social connections. It also shows how architecture and urban design can alter social interactions in unexpected ways, often by influencing how people move through a building or a city. People tend to think of their social lives as products of their own choices — but, says Small, spatial factors exert more influence than we realize.

Knowable Magazine spoke with Small about what’s changing in the internet era — and just as importantly, what’s not. This interview has been edited for length and clarity.

Before the internet, what were the most important factors influencing how people meet and form social connections?

For as long as anybody has studied this question, the precondition for meeting anybody and forming a new social tie has been coming into contact with them in a physical space. As a result, there’s been a lot of work on the importance of proximity to interpersonal relations. It can be shown in a whole bunch of different ways that the more physically close you are to someone, the greater the probability that you get to know them.

There’s a very simple but powerful study from the 1930s that looked at how people found their spouses. The researchers counted the number of blocks between the addresses on about 5,000 marriage-license applications in Philadelphia and found a marked decline in the percentage of marriages with distance. One-third of the marriages were between people who lived within five blocks of each other.

Another famous study, in the 1950s, was based on the dorms at MIT that were built for returning war veterans and their families. The researchers found that residents who lived closer to one another were more likely to get to know each other, but there were also other features of the configuration of the space that mattered. The way you got to the second-floor apartments was through stairs on the exterior of the building, and the people whose apartments were closer to the stairs were more likely to get to know other people in the building than the people whose apartments were not close to the stairs.

Because the stairs forced people to go by those apartments more often?

Exactly. There’s a recent study that looked at elementary school teachers and which other teachers they tended to consult for advice on things like developing the curriculum or classroom management. It wasn’t simply how close their offices were, but whether they crossed paths on their way into the building or on the way to places like the staff restroom or the principal’s office. The organization of work spaces can have an impact on how people collaborate.

Do these factors play out on a larger scale in cities?

Absolutely. Think about the role of highways, bridges and the ease of transit between one space and another. Boston is a very old city with a lot of curvy streets that just sort of follow the growth of the city. As a consequence, certain small side streets end up being the fastest way to get from Point A to Point B. People here call them “cut-throughs.” These issues affect where people go grocery shopping, where they get gas and what kind of establishments they use. And all of these things in turn affect who runs into whom over the course of their daily activities.

In Hobart, Australia, there was a bridge that connected the eastern and western parts of the city, and at some point the bridge collapsed. Researchers found that people visited their friends — and even family — on the other side of the river a lot less than they did before. But it wasn’t that they became more socially isolated. They also increased their contact with people on their own side. What’s really interesting is that when they rebuilt the bridge, some of those changes persisted. People ended up visiting friends and family across the river less than they had before because of the new ties they had formed.

Do certain kinds of spaces promote social interaction more than others?

There’s some evidence that the degree to which the interactions in a space are frequent and intense, the more likely you are to form ties. For example, think about barbershops and hair salons. In the African American community and other ethnic groups where the management of your hair is an important part of your self-presentation, you could easily end up going to a barbershop weekly or biweekly, so you’re going to run into the same people 25 or 50 times a year.

There was an interesting study published in the 1990s that looked at elderly Jewish women in hair salons. The women were going there repeatedly and had to sit captive for a long period of time. They ended up developing friendships, but it’s not as if they were necessarily going there for the purpose of making friends. I think this is key. If you want to meet people, your best strategy might be going to places where people are forced to interact repeatedly and intensely, meaning you’re forced to actually interact with people while you’re there.

I can give you another example from my own research on childcare centers. At a lot of centers the only thing they ask of you is to pick up your kid and give them a check. But there are other centers that regularly run activities, like taking the kids apple-picking or to the zoo, and they need parents to participate. That kind of focused activity — forcing you to do something or play a certain role — makes it more likely that you’ll form friendships.

People often talk about cafes and bars as good places to meet people, but it sounds like maybe they’re not?

It depends on the bar. There’s a very interesting book by [sociologist] Ray Oldenburg that talks about the characteristics of different kinds of drinking establishments. Some bars are more formal than others — the tables are arranged for parties of two, and you order from your table and get served a fancy martini, which has to be drunk carefully and is a kind of status signal. At others, like a beer garden, you have long tables where everybody just sits collectively and drinks beer, which is more equalizing. Oldenburg makes the case that the more equalizing the space, the more likely it is to foster interactions.

There’s something a bit unsettling about the idea that the spaces we find ourselves in are, at least to some extent, choosing our friends for us.

I think there’s a tendency to believe that we’re agents of our own destiny far more than we are. Our social interactions are structured by who we’re close to, the configuration of the spaces we participate in and also the composition of those spaces. Things that appear to be strictly our choice are actually highly, highly structured choices.

To what extent have technologies such as texting and the internet changed the way we meet and interact with each other?

The short answer is that the internet has not made us more lonely the way everybody says it has. The General Social Survey is a national representative sample of American adults that has been asking people since the 1970s about things like how often they see friends and relatives, have dinner with others or socialize at a bar. Most of these activities have not gone down, which suggests the overall number of face-to-face interactions people have hasn’t changed much.

What has changed is the internet makes it possible for people to interact without interpersonal contact. So much communication is now happening via text or email. Just think about your relationship with your coworkers. Thirty or 40 years ago, if they were in the same building, you’d just go down the hall, have your conversation and come back. Today you might exchange 15 emails in one day with that same person. If I had to guess, I’d say there’s probably way more communication now because there’s so much online contact.

Also, I think we’re getting close to the point where half of new marriages are by people who first met online. Clearly the online space is creating new opportunities.

Is there any research on whether the nature or quality of social ties between two people who have met only online differs from those of people who’ve met in real life?

I have not seen any studies that examine that directly, but I’ve seen things related to it. It’s not uncommon for people to confide very personal things to people they don’t know very well — for example, people they’ve only met online, like through Reddit or bulletin boards of like-minded people. I wrote a book about this. It’s one of the great paradoxes of modern interaction. If you ask anybody who they would share intimate details with, they’ll tell you, “Only the people I know and trust.” But if you actually follow their behavior to see who they’ve shared personal things with … oh my goodness.

But at the same time, so much online interaction seems so toxic these days.

With respect to politics, the online space can be especially problematic because we increasingly interact online only with people who share our values and beliefs. Moreover, online I can be as wild and crazy as I want because nobody knows who I am. In person, I’m more likely to temper my comments and be more rational and thoughtful. I’m curious about the extent to which the kinds of physical spaces we’ve been talking about have the potential to temper some of the hyperpolarization that we see online.

Are there other research questions in this area you think are worth pursuing?

I think it would be really interesting to see how much and what kinds of forms of unplugging from the online world are healthy and sustainable. So many people try to unplug in one way or another, mostly because a lot of social-media sites heighten anxiety. When you go to Facebook, everybody looks happy — they’re having awesome vacations and doing well — and when you compare your internal self to other people’s external selves, you think that your life is terrible.

But you can’t fully unplug because you need to connect to the world. And so it would be great to figure out what is the optimal, healthy level of unplugging and how to do that over the long run. I would be surprised if it doesn’t involve some greater participation or engagement in public spaces where you can interact with others.

Putting a Price on Moral Exhibitionism

Confirmed: Ilhan Omar Married Her Brother & may Have Committed the ‘Worst crime spree in Congressional history’ 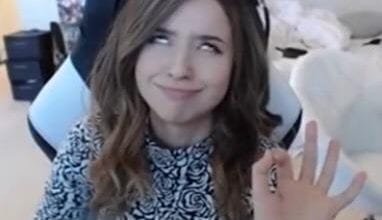 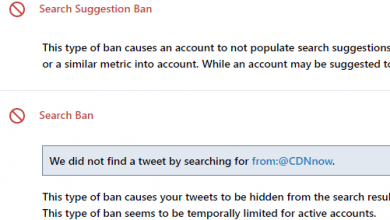