By all accounts from the left, President Trump and his followers are the reason why there is so much division in the country and all steps, including those of violence, are justified…

More and more, as days pass, and we come closer to the upcoming election, it feels like this once great and proud country is being filled with hate and contempt. If you follow the mainstream news outlets, this hatred comes from those who support the fundamental principles that the country was built upon. These people, who believe in freedoms that are slowly being erased, are nothing more than an obstacle in the way of progressiveness. Now, while I don’t believe that the majority of the population is really on board for what the left is attempting, I do find fault with the democratic parties’ inability, or unwillingness, to see anything more than the short term goal of ousting President Trump.

By all accounts from the left, President Trump and his followers are the reason why there is so much division in the country and all steps, including those of violence, are justified because of this reason. The problem with this logic is, to blame the cause of the hatred and violence for the acts of hatred and violence is the logic of totalitarians and dictators throughout history. This is the equivalent of saying if it was not for African Americans, the KKK would not have existed; or if it wasn’t for the Jews, the Nazis wouldn’t have had to kill millions of people. This is made all the more intense by the media’s ability to mold the news to fit whatever vision they have. The fact that the majority of the right refuses to play these games, in which the rules change with whatever outcome is needed, places the blame of division on conservatives for not laying down as ordered.

While socially, we battle over genders, sexual preference, climate change, and what pronouns best describe how someone is feeling in that particular moment, the real battle rages on in the background. This battle that, while it has attached itself to causes of race, women’s rights, economic equality, and other social issues, only has one goal in mind; the complete reformation and control of the greatest country in the world. This is not a conflict of nuances. This is a conflict between freedom and independence.

The people who stand in the streets and protest how horrible this country is, how unfair and unequal society has made their lives, and have no shame in the violence and fear that they attempt to inflict on real Americans, seem to not understand the basic reality of this situation. The left’s ability to protest the government in this country is only available to them because of this country. They seem to be oblivious to the reality of what happens to protesters and malcontents in a socialist society. They are unaware of what the cost of speech is and, throughout this world, the cost that many people would give in order to have a voice. Perhaps the most disturbing and confusing aspect to all of this is that the people who are attempting to create this class warfare, are in fact, millionaire elitists. The same people who are preaching how corrupt the government is and how much it needs to change, have been actors in said government nearly their entire lives and have never contributed anything to society. They have become millionaires off of the tax dollars of the people that they warn of unfair government. Most of the democrats that gain power off of the argument that the American Dream is a lie are, in reality, products of that American Dream. The hypocrisy and irony of the left are almost comical at this point.

So how does one win in a game in which there are no rules? With an opponent whose truth is only judged by the outcome that they wish to obtain, the task of winning, or for that matter surviving, seems impossible. The right is facing a foe that is not only willing to sacrifice the country just to gain power; some of them are hoping for some global catastrophe, economic downturn, or anything that gives them the opportunity to say that they knew better all along and they should have power.
Luckily, I do not subscribe to the theory that the Democratic Party has gone socialist. While the media makes it appear that it is the majority, I believe this is just an attempt to gather more support. After all, politics is no longer about vision and prosperity; it is about change for the sake of change and everyone’s desire to be on the winning team. To this end, I believe that there is hope for this country and the people, in both parties, who see the path that lays ahead of us and understands what’s at stake. The solution to this is simple, the republicans, conservatives, and President Trump need to extend a hand of friendship to the democrats that have no home left. While President Trump might, at times, be a little hard to support his actions and words, he is remarkably good at being the president. I feel that if he were to reach out and tell the non-socialist democrats that they have a choice and a chance to save their party, by saying no to this moronic view of the “woke”, that he would gain the support of the true Americans that still exist on that side of the aisle. Anything less than this and the country face a truly uncertain future. 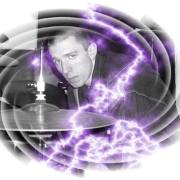