There has been a twitter war going on between former president Barack Obama and President Trump. Obama said he is responsible for the current flourishing economy while Trump points out that he is. Obama sycophants on MSNBC call this the 11th year of the Obama economy.

Former President Barack Obama on Monday advised he was, in fact, the reason for the flourishing economic system under President Donald Trump.

“Eleven years ago today, near the bottom of the worst recession in generations, I signed the Recovery Act, paving the way for more than a decade of economic growth and the longest streak of job creation in American history,” Obama wrote on Twitter, sharing a photo of his $787 billion prompt spending package.

Obama’s message on Twitter was not merely sentimental reminisce on his presidency, as he specified that his spending plan was liable for “more than a decade” of progress, even with his only becoming president for eight years.

Even though Obama’s nearly trillion-dollar stimulus might have aided the overall economy to overcome a serious recession, economic growth had slumped to 1.6 percent by the time he left office. President Donald Trump’s tax reductions and regulatory cuts proved to be rocket fuel for the American economy now enjoying record significant stock markets profits, income increases, historic unemployment rates, and an expansion that is now the lengthiest ever recorded.  When Obama was president the debt grew more than all presidents together….the social security didn’t get but 1.5% the whole 8 years and the 401’s lost all growth .

Obama also imposed 200 regulations on the country and Trump cut 150 of them which opened everything up. Trump also cut the FICA tax in everyone’s paycheck so they have more money in their paychecks each week. Trump cut the business tax from 35% to 21% which caused companies to move back here from overseas to build and hire people and he cut the small business tax from 21%to 15% which also helped small businesses flourish. These are the jobs Obama said weren’t coming back here. “Those jobs aren’t coming back,” Obama said, “What’s Trump going to do, wave his magic wand?”

Well, I guess he found the magic wand because those jobs are all coming back and we have the greatest economy ever now and more people working than ever before in all demographics with the lowest unemployment in 50 years. Trump also opened the Keystone pipeline and Dakota pipeline which created thousands of jobs and made us energy independent for the first time in 70 years keeping gas prices at the pump down and the biggest exporter of oil in the world.

As Jesse Watters said on The Five recently, “Hey Barack, you didn’t build that!!!! ” 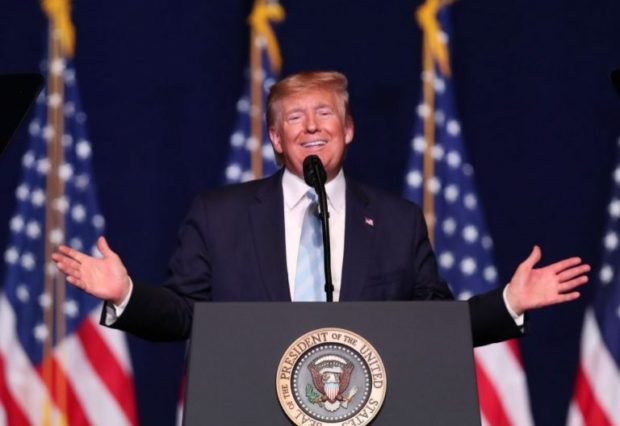