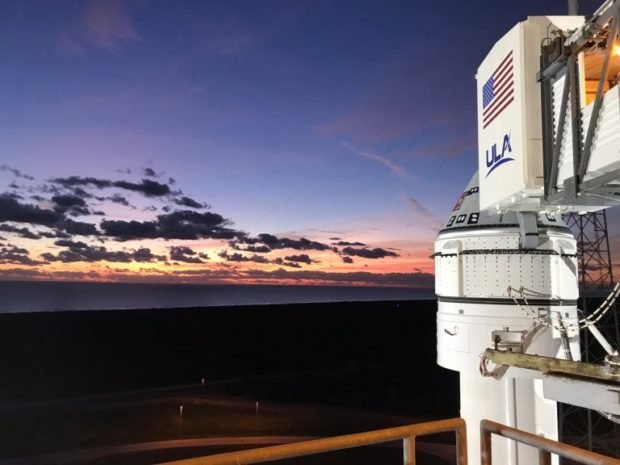 The Atlas V rocket will deliver Boeing’s CST-100 Starliner spacecraft to a 98-nautical mile (nmi) sub-orbital trajectory. Following separation from the Atlas V, the Starliner engines will propel the spacecraft to its final orbit and on to the ISS.

Modified specifically for the Boeing CST-100 Starliner spacecraft, the Atlas V Starliner configuration does not include a payload fairing. Instead, the Starliner’s own protective surfaces take the place of the fairing to protect the uncrewed spacecraft during ascent. This is the inaugural flight of this configuration.

“We are bridging history as we prepare to launch astronauts again and the Orbital Flight Test is the first step in this process,” said Gary Wentz, ULA vice president of Government and Commercial Programs. “We are excited to fly this mission-unique Atlas V in support of Boeing’s Starliner and NASA’s Commercial Crew program.”

The Starliner is attached to the Atlas V using a launch vehicle adapter (LVA) which includes an aeroskirt to reduce aerodynamic loads on the vehicle. The Atlas V configuration for this mission is powered by dual Aerojet Rocketdyne RL10A-4-2 engines, each producing 22,600 lbs. of thrust. The Centaur also includes an Emergency Detection System (EDS) that monitors the health of the rocket throughout flight.

The Orbital Flight Test will be the 81st launch of the Atlas V and will mark ULA’s 136th mission.

With more than a century of combined heritage, ULA is the world’s most experienced and reliable launch service provider. ULA has successfully delivered more than 130 satellites to orbit that provide Earth observation capabilities, enable global communications, unlock the mysteries of our solar system, and support life-saving technology.