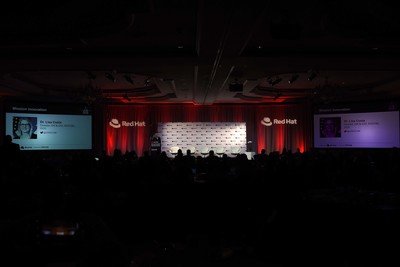 Technology is disrupting the business environment and government, and it will soon disrupt U.S. Special Operations Command and the rest of the Defense Department.

Lisa Costa, the command’s director of command, control, communications, computers and intelligence and chief information officer, said it won’t be business as usual and change will be coming fast.

Speaking at the Red Hat Government Symposium in Washington yesterday, Costa said one example is that the command is embracing disruptive technologies — including artificial intelligence and machine learning — for its network operations.

Network operations is what makes the command’s and DOD’s systems function in air, land, sea, space and cyberspace. It is used to digitally transmit information between people, systems, and between people and systems.

Costa noted that Socom’s network is the fourth largest in DOD, and innovation must be driven from the top down and the bottom up.

From the top down, senior leaders need to set the future vision of digital transformation, she said. In order to do that, leaders must first become much more technically savvy than they have been in the past.

Network operators must receive training so they can innovate from the bottom up, and they need to be allowed to have space to fail fast in their experimentations, learn from such failures and ultimately achieve success. This, she said, requires a big culture shift.

Once they receive the right training, operators should be encouraged to question and perhaps jettison processes that no longer work and streamline development, she said.

The command has always been an early adopter and innovator of disruptive technology, so Costa said she expects operators to embrace the changes that will be coming once they see the benefits to the warfighter.

Costa said DOD’s Joint Enterprise Defense Infrastructure cloud contract, which was awarded last month, will enable the command to more efficiently share information across DOD and with industry in the cloud environment. It is crucial for enabling disruptive technology to flourish, she added.

In any given day, there are thousands of the command’s personnel operating in some 140 countries, she said. Digital transformation will enable them to succeed on the battlefield.

Support Conservative Daily News with a small donation via Paypal or credit card that will go towards supporting the news and commentary you've come to appreciate.
David VergunNovember 13, 2019
Facebook Twitter Reddit Telegram Share via Email Print