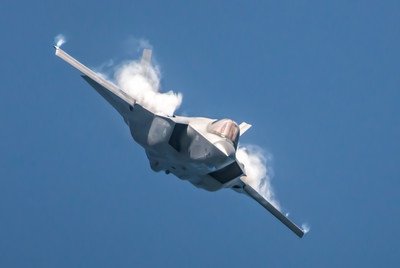 Nearly 460 F-35 Lightning II joint strike fighter aircraft have been delivered to military organizations around the world — including the U.S. Air Force, Navy and Marine Corps, as well as to a handful of partner nations. But a critical component of the F-35 program, the Autonomic Logistics Information System, or ALIS, has proven less stellar than the aircraft itself. Defense Department officials say that’s going to change soon.

The F-35 manufacturer bills ALIS as the “IT backbone” of the F-35 system. ALIS is meant to be involved in aircraft sustainment, maintenance, planning and support. For example, both operators and maintainers would use it for work orders and automatically ordering spare parts. The F-35 has a wide array of sensors that can upload data into ALIS after it lands. The system can analyze how the jet performed and identify parts that might be wearing out — and then order them.

“Sadly, as presently constituted, ALIS is not delivering the capabilities the warfighter needs,” Ellen M. Lord, undersecretary of defense for acquisition and sustainment, said today during a joint hearing of two House Armed Services Committee subcommittees. “The problems with ALIS are ones we can and must solve.”

Lord told lawmakers the Defense Department has a plan to make ALIS work the way it was intended.

DOD has assigned ALIS issues to specific individuals with dates that they need to meet, she said. “What we are doing is re-architecting ALIS to make sure it meets the needs of the warfighter while making good use of taxpayer dollars, and we are working on a detailed plan right now as to when that capability will be delivered,” Lord said.

Air Force Lt. Gen. Eric T. Fick, the F-35 program executive officer, said the version of ALIS in the field now is 3.1.1.1, but that version 3.5 is being fielded now. “That will bring about 300 stability fixes to that baseline functionality to allow it to be a better system for the users,” he said.

Fick said he expects “significant progress” on ALIS by fall of 2020, when existing “squadron operational units” — the individual ALIS systems used by units that operate the F-35 — might be shut down in favor of a new version.

Ongoing efforts by the Air Force, aircraft manufacturer Lockheed Martin, and DOD will coalesce into a “single new version of ALIS marching forward that leverages an underlying data architecture that’s expandable with the expanding fleet in ways that the current ALIS is not,” Fick said.