“Might get ratio’ed here but I am declaring the Trump Alabama/map controversy to be tiresome and I regret the one tweet I sent out about it a few days ago,” Silver said in a tweet Friday, referring to the fight between Trump and the media over the president’s insistence that Dorian was expected to impact Alabama.

Silver went a step further, telling his Twitter followers: “It’s obviously funny that he drew on the map with a Sharpie but Trump’s original claim wasn’t really that wrong and Holy Jesus has it been a slow news cycle this week.”

Trump tweeted a warning Sunday that Dorian, which flattened parts of the Bahamas, might hit Alabama. The president doubled down and tripled down after many in the media tried to correct, showing a map of the path of the hurricane that had been altered with a sharpie in the Oval Office. 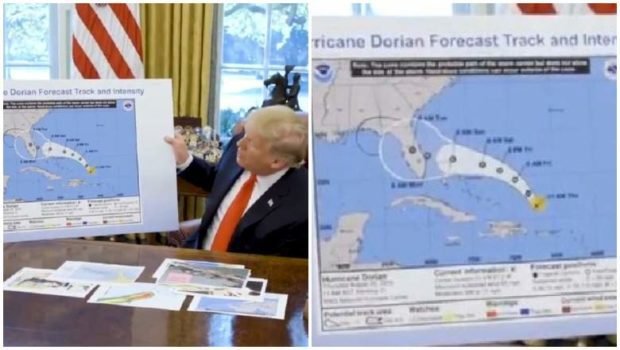 Silver is not the only analyst suggesting Trump’s initial claims were not that offensive. Ryan Maue, a meteorologist and climate analyst, for instance, dinged the media for focusing like a laser beam on Trump’s claims, which Maue said were likely based on old trajectories that showed Dorian focused on Alabama. 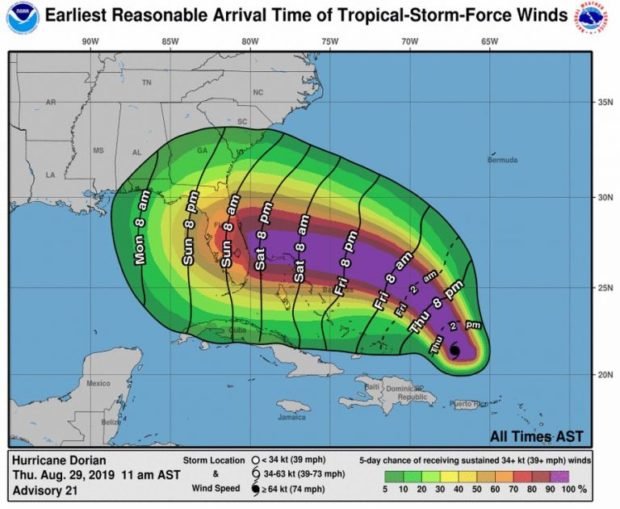 The Tweet should have been corrected, adjusted or deleted to assure folks in Alabama that Dorian was out of range.

Trump is still going — and a major hurricane is about to make landfall in the Carolinas.

This is nauseating b/c it obfuscates the great work being done.

Only one of the top stories on Washington Post is actual news related to Dorian, so people are reading the media back-and-forth that Trump is feeding.

Now Trump could be guilty of “doctoring a weather map” https://t.co/OgeBJJdz7m pic.twitter.com/z7ObotQHHE

Although, there is some sleight of hand going on by the media.

e.g. Alabama never was threatened or in the forecast to be hit by Dorian.

False. The storm doesn’t just stop after 5-days. The NOAA forecasts had Dorian centered in Alabama.

That forecast was just wrong.

Trump continued the fight Friday morning, writing on Twitter: “The Fake News Media was fixated on the fact that I properly said, at the beginnings of Hurricane Dorian, that in addition to Florida & other states, Alabama may also be grazed or hit. They went Crazy, hoping against hope that I made a mistake (which I didn’t).”

Just as I said, Alabama was originally projected to be hit. The Fake News denies it! pic.twitter.com/elJ7ROfm2p