They tried and are still trying everything in their collective power to overthrow and unseat a duly elected president. First, it was Stormy, Stormy, Stormy. When that didn’t work it was Impeach, Impeach, Impeach. When that didn’t work it was two and a half years of a complete fabricated hoax of Russia, Russia, Russia. Now it’s racist, racist, racist. These are all Saul Alinsky tactics as discussed in his book Rules For Radicals.

Through it all, Trump has stood tall and succeeded in all the things he has promised. We have the lowest unemployment since1969 because he lowered taxes with the business tax lowered from 35% down to 21% and the small business tax lowered from 21% down to 15%. This is causing companies to move back here in droves from overseas and manufacture things made here. Consequently, companies are hiring more and at higher wages. More people are working than ever before with the lowest unemployment in history for blacks, Hispanics, women, Asians and summer youth unemployment. People have more money in their paychecks since he lowered the FICA tax and he doubled the tax deductions for everyone. Under Obama, we had 12 million people on food stamps and eight million in poverty. Trump has created six million new jobs and counting so far and people are getting off of food stamps and out of poverty. Our military is being rebuilt to be the strongest in the world after being diminished to pre-WW11 status under Obama and countries are starting to respect us again. Oil and gas prices at the pump are lower because for the first time in 72 years we are energy independent and no longer dependent on OPEC since we are drilling here now.

Naturally, Democrats are seething at the mouth at all these successes and the mainstream media refuses to report on all these successes. Their guy Obama had 8 years to fix this and did nothing about it. The only jobs he created were part-time jobs and people had to work two and three jobs. Obama also did nothing for black people that they expected him to do.

The left has nothing to offer to benefit the country so they transfer their hate and rage onto Trump making it look like he’s the hateful one with name-calling and cries for impeachment.  So far all they have is this insane Green New Deal of AOC; and their Medicare for all which would bankrupt the country.

A good example of transferring their hate is Beto O’Rourke  Beto O’Rourke said that the United States, which has endured a bloody Civil War and, as recently as the 1960s, political assassinations, race riots and a Vietnam war that ultimately led to 58,000U.S. casualties in a conflict most Americans opposed, is “more divided’ and ‘more highly polarized’ in 2019 than ever before.

The former Texas congressman and his 2020 Democratic rival Pete Buttigieg drew connections between gun violence, white nationalism, and national security as they made their respective pitches at the Iowa Democrats “Wing Ding” dinner on Friday night.

O’Rourke, 46, appeared at the Friday night fundraiser via video from his hometown of El Paso, which is grappling with the shooting deaths of 22 people at a Walmart last weekend after a white supremacist opened fire with an assault-style weapon.

“I’m here to make sure that at this moment we do not allow ourselves to be defined by this act of terror, this act of hatred, this act of violence, but instead by the way in which this community overcomes this attack,” the presidential candidate told prospective voters.

“And also sets an example, I hope, for the rest of the country, a country that has never been more divided or more highly polarized, this community’s ability to see our differences not only as something that should be tolerated or respected, but as embraced as the foundation of our success, of our strength, and yes our safety and our security,” he added.

Yes, Beto. It is polarized because of what you and your fellow Dems are causing with the rhetoric that you accuse Trump of having all to win this upcoming election. Beto is throwing kerosene on the fire by making false claims about the president to gain votes since he is so far down in the ratings at 1%. He’s become completely unhinged using foul language like the rest of the Dems running. He’s accusing Trump of inciting and promoting racism in this country.  Another lie from Robert Francis O’Roure.

Trump responded to Beto by saying “Beto (phony name to indicate Hispanic heritage) O’Rourke, who is embarrassed by my last visit to the Great State of Texas, where I trounced him and is now even more embarrassed by polling at 1% in the Democrat Primary, should respect the victims & law enforcement – & be quiet!

“Let alone when we have a president who is coddling white nationalists,” he told the crowd. “White nationalism is a national security threat to this country.”

Trump does not coddle white nationalists. This is another fake charge by the left to foment hate against Trump. They are blaming Trump for these recent mass murders when these murderers were two psychopaths. The El Paso killer was influenced by a book that stated that Mexicans would replace white people in America. Trump has nothing to do with his actions.

According to recent FBI interview with him, the Democratic debates triggered the shooting. On Monday morning, 30-year FBI veteran and agent Steve Hooper said that the shooter said he felt “justified” for his actions after watching the DNC debates. During which the candidates were asked if they supported health insurance for illegal immigrants. All of them raised their hand in affirmation.

During the interview with Mike Broomhead, host of the Mike Broomhead Show on KFYI 550 AM, Hooper said, “When the most recent debate when they all said free healthcare, they all raised their hands. That’s what pushed him over the edge. He felt justified. He felt he ran out of alternatives.”

That is not to say Democrats are at fault either. The manifesto points out that corrupt politicians from both parties are to blame for the shooter’s unhappiness with America

Meanwhile, President Trump offered his critique of the recent democrat debate in Detroit while speaking to reporters outside of the White House on Thursday.

Trump offered rare praise for front-runner Joe Biden, however, noting a significant improvement from the first round of Democratic debating in June. “I think Biden did OK. He came through,” the president said. “He came limping through, as I say about ‘Sleepy Joe,’ he right limped through it. But he got through it, he really did, I think he was OK.”

The president concluded that the extensive field seemed to be winnowing. “It’s really boiling down to four or five of them, let’s face it,” he said before moving on.

“I’ve watched Elizabeth Warren, sometimes referred to as ‘Pocahontas,’ with her phony … ancestry that she didn’t have … to me she doesn’t have credibility,” Trump said of the Massachusetts senator.

Warren squared off with Sen. Bernie Sanders during the first night, when both of them were repeatedly challenged by more moderate candidates about their proposals. Trump reiterated his criticism of Warren’s claim that she was Native American and also took aim at her high-cost ideas, such as free college.

Regarding the tussle between Sen. Kamala Harris and Rep. Tulsi Gabbard on the second night of the debate, Trump said, “I think that Kamala did not do well last night. I think Kamala had a bad night last night.”

The president concluded that the extensive field seemed to be winnowing. “It’s really boiling down to four or five of them, let’s face it,” he said before moving on.

After four investigations finding Trump innocent the Dems still are clinging to impeachment and want a fifth investigation. What is the definition of insanity? Doing the same thing over and over expecting a different result.   The Democratic party has taken three shots at voting for impeachment, only to be handily defeated every single time. The last embarrassment ended in a 332 to 95 vote against impeachment.

Yet still, after all that searching, hunting and digging, all the Democrats managed to do was dig themselves into a bigger hole.

Now, after all that, there is almost unbelievably another stir among the Democrats whispering for impeachment. Even more incredulously this noise is being drummed up by poll results. Yes, those types of polls, the ones where they take people’s opinions!

No, this isn’t based on crimes, incompetence or bad behavior, simply poll results. If that wasn’t enough, consider the fact that these polls the Democrats are touting have some questionable data, namely in the survey selections and party affiliations.

One  story also went so far as to call these impeachment polls “phony” and even titled the article, “Dems Rely on Phony Impeachment Polling.” One last fact to chew on, names like Stormy, Avenatti, Rapinoe, Omarosa,  Nadler, Schiff and many other prominent figures have tried and failed at the impeachment roulette wheel.

Speaking of Nadler, now, for the first time publicly, Nadler has confirmed that impeachment proceedings against President Trump have begun in his judiciary committee.

House Judiciary Committee Chairman Jerry Nadler said publicly for the first time on Thursday that his panel is conducting an impeachment inquiry into President Donald Trump, adding that the committee will decide by the end of the year whether to refer articles of impeachment to the House floor.

If you are a “democratic party” (a.k.a. fascist socialist), you can commit fraud, treason, and murder — and then win “awards”. If you put the good of the country first, you should be impeached?

Only in the fascist world of “democrats”.

Epstein Dead: Hung Himself After Being on Suicide Watch

‘Blood On Their Hands’: Here’s Who An Epstein Attorney Is Blaming For His Death

Stealing an Election, the Slow–Motion Way 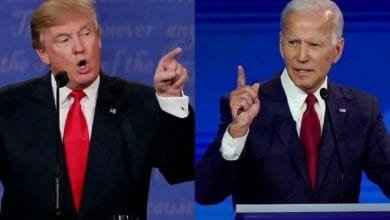