As of Friday, Jeffrey Epstein’s death has been ruled a suicide by hanging, according to the medical examiner working on the case.

On August 10, Epstein was found lifeless in his cell at the Metropolitan Correctional Center with a bedsheet around his neck. He was awaiting trial on sex trafficking charges involving several underage girls.

This caused mass outrage over the suspicious incidents of his death. Many questioned how such a high-profile prisoner was able to commit “suicide” despite having a supposed suicide attempt days earlier. On July 23, this disgraced sexual predator was found unconscious on his cell floor with bruising around his neck. Even so, he was taken off of suicide watch just recently before his death.

His autopsy report showed that he had multiple broken bones in his neck. According to most forensic pathologists, multiple neck breaks are infrequent when it comes to suicidal hangings. It has been discovered that one of the Epstein’s broken bones was the hyoid. The hyoid bone can break during a suicide hanging, but it is much more consistent with strangulation.

A fractured hyoid bone is regularly used in evidence to determine whether someone was strangled. The fracture of this bone occurs in about one-third of strangulation homicides as claimed by the National Center for Biotechnology Information. 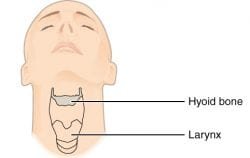 Attorney General William Barr made it clear that there have been “serious irregularities” when it comes to the jail’s stories about Epstein’s death. Both the FBI and the Justice Department’s inspector general have been called in to investigate the highly suspicious death.

Epstein’s lawyers are also not appeased with the suicide ruling and announced just hours after the ruling broke that they will launch their own independent investigation. They said suing for surveillance footage of the area near Epstein’s cell may be in the works.

Epstein’s legal team said in a signed statement that they “are not satisfied with the conclusions.”

There has now been evidence that jail guards on duty the night of Epstein’s are suspected of creating false log entries. The log entries show that they were checking on inmates the required time of every half-hour. However, this later revealed to be untrue, and some of the guards claim they fell asleep and missed the required checks. The security cameras that were supposed to be monitoring him have reported to malfunction.

The story being spun is that Epstein, 66, used a bedsheet which he tied to his bunk, to lean toward the floor to kill himself.

U.S. District Judge Richard Berman asked the jail’s warden for firm answers relating to the deadly incident. The warden said no answers could be given since the investigation findings were in the processes of being incorporated into Epstein’s death.

As soon as it was announced that the disgraced accused sex offender was arrested, many people took to social media claiming that Epstein’s death was all but imminent. This being because he had close relationships with very high-profile people. Many suspected that his death was going to occur to keep his elite friends secrets.

In the days leading up to Epstein’s death, federal prosecutors unsealed thousands of pages of documents. These documents were part of a 2015 lawsuit filed by Ghislaine Maxell who claimed Epstein kept her as an underage sex slave in the 2000s and named several elites as conspirers.

In 2008, Epstein pleaded guilty to sexual misconduct charges and was forced to register as a sex offender.

One of his most well-known connections is former president Bill Clinton. Just recently, it has been uncovered that the accused pedophile, Epstein, had a portrait in his mansion of Bill Clinton in a blue dress and heels. Clinton racked up at least 26 trips on Epstein’s private jet. Some of those trips included the destination of Epstein’s private island, which is said to have been used to sex trafficking.

FBI agents raided the private island in the Caribbean two days after Epstein was found unresponsive in his cell. It has been reported that a raid was suggested several years ago, but nothing occurred from this request. Epstein first purchased this alleged sex trafficking island in 1998 for $7.95 million.

Perhaps the most popular conspiracy theory surrounding Epstein’s death is that he is just one more mark on what is referred to as the Clinton Body Count. The Clintons have been known for having numerous connections die. Whether it be by suicide or mysterious murders, dozens of people with ties to the Clintons have been killed in inexplicable ways.

Epstein’s death being ruled a suicide has not dampened down the conspiracy theories that he was murdered. The autopsy reports just added more fuel to the conspiracy fire.

After the news broke that Epstein was dead, Twitter blew up with the hashtags #EpsteinMurder and #ClintonBodyCount.

The facts do not add up. The evidence is contradictory. The prison staff’s stories keep changing.

“We will get to the bottom of what happened, and there will be accountability,” Attorney General Barr said. “Let me assure you that this case will continue on against anyone who was complicit with Epstein.”

As more evidence comes to light, the questions and contradictions only rise when it comes to this high profile mysterious death case. It is beyond troubling that the American people have so much distrust in the media and other professionals who are supposed to provide us with accurate reports.

Republicans and Democrats seem to agree on something finally. Whether or not the whole truth is ultimately made known, the American people do not seem to believe Jeffrey Epstein committed suicide.

Originally published at Patriots Of The Lord. 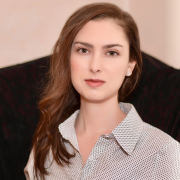 Can foreigners start a business in Dubai?

There Will Be No Unity