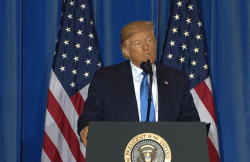 Wow! What an amazing July 4th celebration from Washington DC! It was all about God, Country, and Flag!

Washington DC for many years has shunned Americans by spouting their anti-American rhetoric and hatred for God and all things decent in America. Now someone with a spine, is supporting and exposing America’s greatness.

The Democrats, Swamp, and Foreign tyrants are now shaking in their boots as festivities exposed the real America and a surge in Patriotism. Democrats falsely believed they had successfully abolished Patriotism and the American dream in order to usher in Socialism.

Democrats and their sycophant media choose to preach their gospel of Socialism and anti-American citizen rhetoric 24/7. Over and over they preach how bad America used to be, but they can’t seem to tell us what we can be because their plan for America is to destroy her – not repair and grow.

Yes, while Democrats view America in their rearview mirror, President Trump is asking Americans to investigate the future and invest our time and efforts working for a better tomorrow because nothing can change the past. Crying over spilled milk doesn’t help, right?

President Trump wants us to remember America’s history in order to fix our mistakes. Our efforts should be fixated on ways to make all lives matter and better.

He wants us to unite to make this country a better place for all – not just the elites in Washington DC! That’s why he is constantly attacked by those who don’t give a damn about ordinary citizens.

America has proven to be the greatest nation on this planet, ever. There is no other Nation to ever do so much to help people around the world while demanding little in return.

President Trump proclaims there is nothing America can’t accomplish. He proclaims America can become as great as we want, and the best is yet to come.

The good news is Democrat voters are now waking up to rethink their priorities. Normal people want security and safety for them and their families and that’s what President Trump is offering.

What they saw coming out of President Trump’s Independence Day festivities was the America everyone knew, loved, and remembered.

It was a festive time making people feel good about being an American, loving God, and honoring our military and beautiful flag. Americans want and crave Patriots, like President Trump, who are willing to be openly loyal and supportive of America.

After receiving a bombardment of Democrat hatred for America, citizens are now reconsidering all the lies and propaganda espoused by Democrats. No, we don’t like it and are rejecting their treasonous ways.

Democrat’s contempt for America and our military is a step beyond the pale. Most Americans love and admire our Country and military. We recognize many have given their lives for us.

Americans know our military is all that allows us to enjoy life, liberty, and the pursuit of happiness. Anything less than total respect and appreciation for our military is unacceptable.

President Trump once again magnificently forced the Democrats out of their closets into the spotlight exposing their hatred for the military and America. America is for the first-time exposing politicians for who and what they really are.

Government officials must take an oath of office to protect and defend America from all threats – both foreign and domestic. However, many of our office holders and Democrats are a threat to America.

It is so amazing to see President Trump play the Democrats and Swamp like a fiddle. Meanwhile, to no avail, they use their media to defame and malign him every minute of the day 24/7.

This July 4th celebration results are overwhelmingly positive for President Trump. His support is constantly growing while the Democrat’s media viewership is ever shrinking – now the lowest levels ever recorded.

Americans are finally seeing what a real Patriot standing for America looks like in contrast to any Democrat demeaning America and elevating illegal aliens over American citizens.

Granted, anti-American efforts are not limited to Democrats, but many Republicans can’t manage to stand with the President to make America even greater. At almost every issue, Republicans are renown for cowardness and failing to stand for what’s right and best for America.

So, while we will see the Democrats, Swamp, and anti-Trumpers continue their drum beat of anti-Americanism, socialism, and anti-Constitution hate rhetoric; President Trump will continue to enlighten Americans to the potentials of greatness.

President Trump will continue to be focused upon world peace, creating jobs, and encourage American growth, uniting all under one beautiful flag, and striving to build a better tomorrow! What more can we ask from any President?

Please continue your prayers for our Patriot President asking God’s blessings and protection upon America.

Support Conservative Daily News with a small donation via Paypal or credit card that will go towards supporting the news and commentary you've come to appreciate.
Tags
Democrats Donald Trump

Religious Persecution is Byproduct of Pandemic

Americans Are Locked Out Of The Public Square By Big Tech