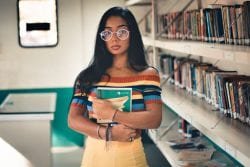 Peter the Great put life in this perspective: “Soldiers’ bellies are not satisfied with empty promises and hopes.”

More than two years ago, America ended eight (8) long years of Presidential lies about “hope and change” that were nothing but empty promises leading America into one of the most dismal times in world history. It was outright misery for most Americans – especially minorities.

Businesses were closing and American jobs were being moved to other countries. Taxes were escalating. Millions moving off payrolls on to welfare and food stamps. Tempers were flaring everywhere. Politicians were proudly conducting business behind closed doors. The media and politicians found more comfort in telling lies than exposing facts. Fearmongering became mainstream politics.

Today, we are seeing the Democrats and media trying as hard as possible to pull us back to those nightmare days, once again. It’s shameful but they don’t care as long as they are making big bucks and gaining power.

Meanwhile, President Trump with a handful of other conservatives are working day and night attempting to push America back to its rightful role of leading the world – not apologizing for her. Within every demographic imaginable, life is improving. Jobs are plentiful, incomes are rising, and sanity is returning. People of color are especially blessed with major gains in all aspects of our lives.

Prison reforms are no longer a dream but a reality for many prisoners suffering from Democrat laws treating them unfairly. Colleges are being required to allow different perspectives and enforce 1st Amendment rights, once again. Police and first responders are being respected, protected, and supported, again.

Wake up America, if they are able to do this to Donald Trump and supporters, they can damn sure do it to you! This is not the time to relax. It’s a time to prepare for an endless fight for freedom and justice for ‘all’ – not just the few.

Support Conservative Daily News with a small donation via Paypal or credit card that will go towards supporting the news and commentary you've come to appreciate.
Tags
Barack Obama Conservative News Democrats Politics