Yesterday, a jury returned a guilty verdict against Ali Kourani, a.k.a. “Ali Mohamad Kourani,” a.k.a. “Jacob Lewis,” a.k.a. “Daniel,” on all eight counts in the Indictment, which charged him with terrorism, sanctions and immigration offenses for his illicit work as an operative for Hizballah’s external attack-planning component.  Kourani is scheduled to be sentenced on Sept. 27, 2019, by the Honorable Alvin K. Hellerstein, who presided over the eight-day trial.  Assistant Attorney General for National Security John C. Demers, U.S. Attorney Geoffrey S. Berman for the Southern District of New York, Assistant Director Michael McGarrity of the FBI’s Counterterrorism Division and Assistant Director in Charge William F. Sweeney, Jr. of the FBI’s New York Field Office made the announcement.

“While living in the United States, Kourani served as an operative of Hizballah in order to help the foreign terrorist organization prepare for potential future attacks against the United States,” said Assistant Attorney General Demers.  “The evidence at trial showed that Kourani searched for suppliers who could provide weapons for such attacks, identified people who could be recruited or targeted for violence, and gathered information about and conducted surveillance of potential targets within our country.  Such covert activities conducted on U.S. soil are a clear threat to our national security and I applaud the agents, analysts, and prosecutors who are responsible for this investigation and prosecution.”

“Ali Kourani was recruited, trained and deployed by Hizballah’s Islamic Jihad Organization to plan and execute acts of terrorism in the United States,” said U.S. Attorney Berman.  “Kourani’s chilling mission was to help procure weapons and gather intelligence about potential targets in the U.S. for future Hizballah terrorist attacks.  Some of the targets Kourani surveilled included JFK Airport and law enforcement facilities in New York City, including the federal building at 26 Federal Plaza in Manhattan.  Today, Kourani has fittingly been convicted for his crimes in a courthouse that stands in the shadow of one of his potential targets.”

“This case shows Hizballah’s Islamic Jihad Organization is a threat to the American people and not just to those living abroad,” said FBI Assistant Director McGarrity.  “The IJO enlisted Kourani to help plan an attack on high profile U.S. locations where many people could have been killed or injured.  Thanks to the New York Joint Terrorism Task Force his plans were not carried out.”

As reflected in the criminal Complaint, Indictment, and the evidence presented at trial:

Hizballah is a Lebanon-based Shia Islamic organization with political, social, and terrorist components that was founded in the 1980s with support from Iran.  Since Hizballah’s formation, the organization has been responsible for numerous terrorist attacks that have killed hundreds, including United States citizens and military personnel.  In 1997, the U.S. Department of State designated Hizballah a Foreign Terrorist Organization, pursuant to Section 219 of the Immigration and Nationality Act, and it remains so designated today.  In 2010, State Department officials described Hizballah as the most technically capable terrorist group in the world, and a continued security threat to the United States.

The Islamic Jihad Organization (IJO), which is also known as the External Security Organization and “910,” is a highly compartmentalized component of Hizballah responsible for the planning, preparation, and execution of intelligence, counterintelligence, and terrorist activities on behalf of Hizballah outside of Lebanon.  In July 2012, an IJO operative detonated explosives on a bus transporting Israeli tourists in the vicinity of an airport in Burgas, Bulgaria, killing six people and injuring 32 others.  Law enforcement authorities have disrupted several other IJO attack-planning operations around the world, including the arrest of an IJO operative surveilling Israeli targets in Cyprus in 2012, the seizure of bomb-making precursor chemicals in Thailand in 2012, including chemicals manufactured by a medical devices company based in Guangzhou, China (Guangzhou Company-1), and a similar seizure of chemicals manufactured by Guangzhou Company-1 in Cyprus in May 2015 in connection with the arrest of another IJO operative.

Kourani, who was born in Lebanon, attended Hizballah-sponsored weapons training in Lebanon in 2000 when he was approximately 16 years old.  After lawfully entering the United States in 2003, Kourani obtained a Bachelor of Science in biomedical engineering in 2009, and a Masters of Business Administration in 2013.

Kourani and certain of his relatives were in Lebanon during the summer 2006 conflict between Israel and Hizballah, when a residence belonging to his family was destroyed.  At some point by 2008, IJO recruited Kourani to its ranks.  In August 2008, Kourani submitted an application for naturalization in the United States in which he falsely claimed, among other things, that he was not affiliated with a terrorist organization.  In April 2009, Kourani became a naturalized citizen and was issued a United States passport.  Despite claiming in his passport application that he had no travel plans, Kourani traveled to Guangzhou, China – the location of Guangzhou Company-1 – on May 3, 2009.  He later claimed to the FBI that the purpose of the trip was to meet with medical device manufacturers and other businessmen.

IJO assigned Kourani an IJO handler, or mentor, responsible for providing him with taskings, debriefings, and arranging training.  Kourani sometimes communicated with his handler using coded email communications, including messages sent by the handler that informed Kourani of the need to return to Lebanon.  In order to establish contact with his handler when Kourani returned to Lebanon, Kourani called a telephone number associated with a pager (the IJO Pager) and provided a code that he understood was specific to him.  After contacting the IJO Pager, the handler would contact Kourani to set up an in-person meeting by calling a phone belonging to one of Kourani’s relatives.  The IJO also provided Kourani with additional training in tradecraft, weapons, and tactics.  In 2011, for example, Kourani attended a weapons training camp in the vicinity of Birkat Jabrur, Lebanon, where he used a rocket propelled grenade launcher, an AK-47 assault rifle, an MP5 submachine gun, a PKS machine gun (a Russian-made belt-fed weapon) and a Glock pistol.

Based on other taskings from IJO personnel, which IJO personnel conveyed during periodic in-person meetings when Kourani returned to Lebanon, Kourani conducted operations, which he understood to be aimed at preparing for potential future Hizballah attacks.   These covert activities included searching for weapons suppliers in the United States who could provide firearms to support IJO operations; identifying individuals affiliated with the Israeli Defense Force whom the IJO could either recruit or target for violence; gathering information regarding operations and security at airports in the United States and elsewhere, including JFK International Airport in New York; and surveilling U.S. military and law enforcement facilities in New York City, including the federal building at 26 Federal Plaza in Manhattan.  Kourani transmitted some of the products of his surveillance and intelligence-gathering efforts back to IJO personnel in Lebanon using digital storage media.

We Were Repeatedly Warned Of March 4 Violence. Troops Were Met With Silence And Mild Weather 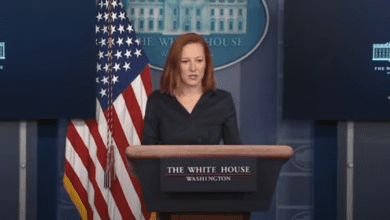