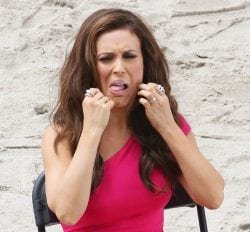 Today, Senator Richard Burr (R) is being analyzed like at no other time in his lengthy political career. Could it only be because the Russia Collusion Delusion didn’t turn out well for him?

Maybe he knows he has little time left in his political career to try and embarrass President Trump. Would he also want to embarrass the Republicans, Trump Supporters, and American citizens? Could he not understand he is only embarrassing himself?

Maybe it’s because he is auditioning to become a paid contributor at CNN? After winning his last race in a district he has controlled for decades by only single digits, it’s obvious to everyone his political career is over, right?

So, maybe any of these points could be true. However, there are still many others suggesting an easier understanding if we only toss him into the pile of Democrat want-to-bees like Mitt Romney, Paul Ryan, John Barrasso, Marco Rubio, Ben Sasse, Susan Collins, Lisa Murkowski, and other anti-Trumpers. These are all folks that live on emotions, never fact and truth.

Hatred causes really strange things to occur in people and none of them are positive. If we place Burr into this awful bucket of politicians, then we are forced to assume there are deep-seated mental issues existing since we know hatred is a mental attitude sin and an abomination unto God.

If we inspect what God says about hate, He shows us there are many other cluster sins associated with this mental illness. Congress even went so far at to make laws about “hate” crimes.

As children, we have all been guilty of playing games requiring us to be something we were not. We have all been doctors, nurses, firemen, policemen, cowboys, Indians, pilots, soldiers, and the like. It’s called using our imaginations and that’s a good thing for any child.

However, when we mature and get into the real world, we have to lay aside emotions and imaginations and replace them with fact and be accountable for our actions and deeds. Yes, growing up is difficult and for some it may be impossible – especially politicians.

Regardless, should we be kind enough and care enough to help those living in their imaginary worlds eaten up with hatred toward others? Mental problems make people falsely believe something is true and real – without referring to scientific fact.

Please notice I didn’t say “scientific consensus.” Politicians most often think of themselves as God and that is a really big mistake.

When we see politicians saying Americans must not be proud of our country, paying more taxes is better, Trump-Russia collusion is real, the global warming hoax is real, losing Constitutional rights are a good thing, losing jobs is good for America, taking guns away from law abiding citizens is great, eliminating 1st Amendment rights is needed, and more illegal alien criminals in our societies make us safer; can’t we agree there is a mental problem? No PhD required, right?

Helping others with mental health issues means we may have to employ ‘tough love.’ Otherwise, do we allow them to continue living a lie? Instead, we help them to confront reality – if we can. If we can’t then we need to arrange a visit with a mental health professional. Either way, everyone wins.

Obviously, we are saddened when we notice mental instabilities in our public officials, but we are happier when we see recovery and a return to real-world happiness and fruitfulness. That’s got to be the goal of every human being and that’s God’s command for us.

Failing to support others means we allow them to live their lie and that breeds and leads to many deeper mental issues. Dysfunction and destruction follow and snuffs out the life of what should be a valuable productive human being. Should we ever become complacent and sit on the sidelines watching this happen?

That’s why we have to wonder what Republican and Democrat leadership is doing about Senator Burr issuing a subpoena to Donald Trump, Jr.. Did they miss the news that Mueller has closed this issue? Are they still living in their juvenile play worlds? How does anyone allow a team player to make a total jackass out of themselves?

When questioned by the press, Burr’s response was that he is no longer running for reelection. Excuse me, but what in the Hell does that have to do with the price of tea in China?

Why would anyone believe that response makes his abuse of power to harass anyone – especially the President’s son, okay? Does Senator Burr understand God has given everyone mandates that even he has to obey?

Most importantly, Senator Burr led the vocal charge demanded the Mueller report be completed. Now, he has lied and is living in that lie. The Russia Collusion was a farce and hoax from the moment it began. Aren’t the chances greater that he knew it, too; since he is so cozy with the Democrats?

When any government official forces any citizen to spend over $1000 dollars per hour for legal fees plus travel expenses and loss of wages; shouldn’t there be a “just” reason? Not to mention forcing taxpayers to foot the bill for all of the associated expenses for the hearing like security, supplies, utilities, salaries, reports, and rent?

Now knowing the Trump-Russia ordeal was a total hoax, can there be any doubt that Senator Burr has no legitimate reason for such improprieties? What sort of person would be so insensitive to the rights of an American citizen and perpetuate an exposed and closed hoax? Could there be any other explanation but mental illness?

Support Conservative Daily News with a small donation via Paypal or credit card that will go towards supporting the news and commentary you've come to appreciate.
Tags
Conservative News Politics Politics Richard Burr