Posted by: Chris White in US News April 1, 2019 Comments Off on Twitter Explains Why Pro-Life Group’s Movie Got Blacked Out During Opening Weekend

“When an account violates the Twitter Rules, the system looks for linked accounts to mitigate things like ban evasion,” a company spokeswoman told The Daily Caller News Foundation. “In this case, the account was mistakenly caught in our automated systems for ban evasion.”

The spokeswoman was referring to an account called “Unplanned,” which promoted a movie about a former abortion clinic director who became pro-life. The spokeswoman said the system is designed to suspend all so-called sock-puppet accounts connected to a profile that violated company policies. “Unplanned” rolled out in theaters during the weekend. 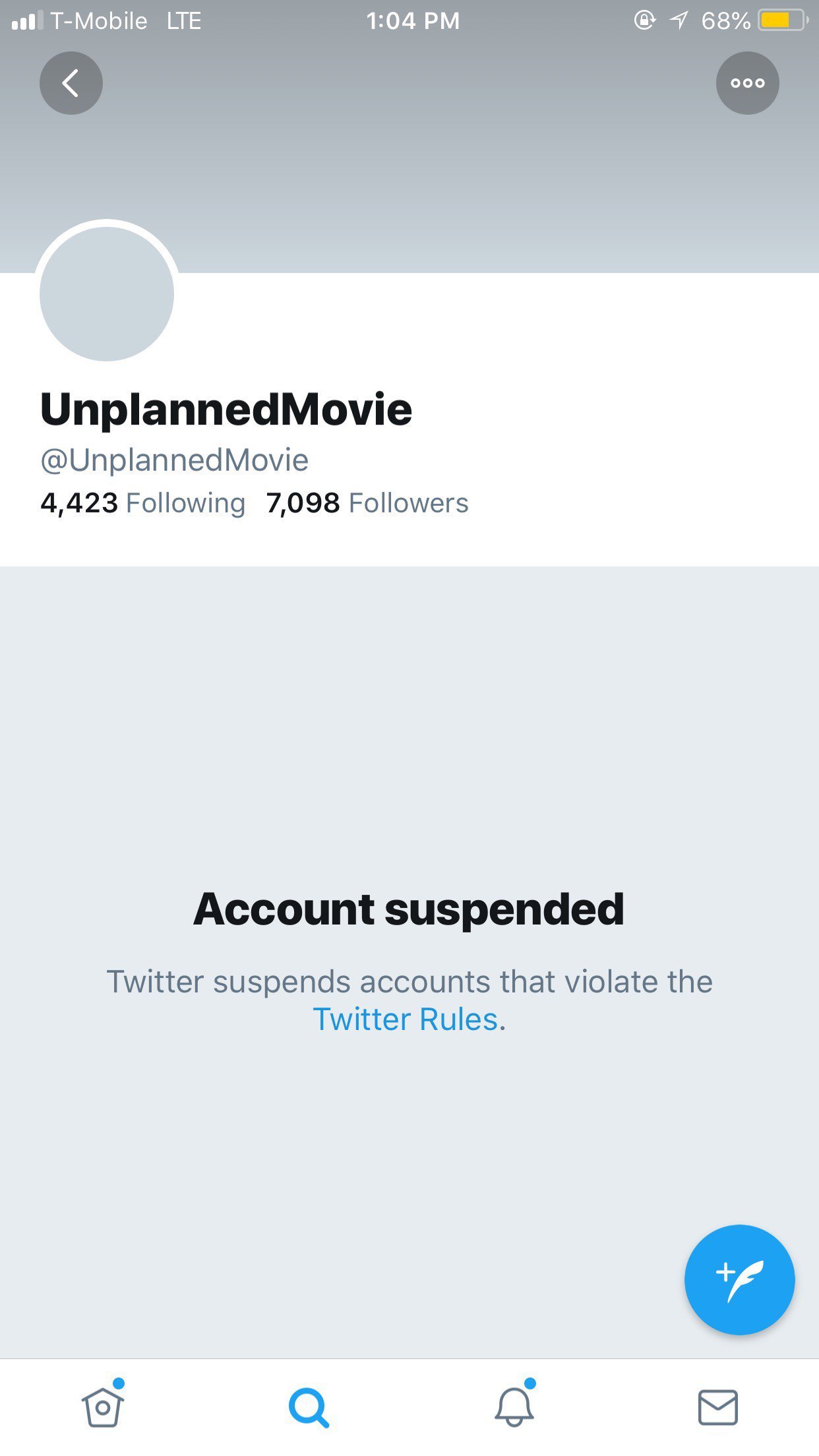 “Twitter just suspended @UnplannedMovie during the weekend of its theatrical release.@jack why are they suspended?” Rose tweeted. “You’ve banned both my & @LiveAction account from all promotions simply bc we’re pro-life. Have you banned this account because it challenges your pro-abortion bias?”

People were unable at first to follow the account because it takes awhile for a temporarily banned account to come fully online after being re-instated, according to the representative. “An account’s followers take time to fully replenish after it is reinstated. We are not hiding follower counts or disallowing certain people from following,” she said.

She added: “We enforce our rules dispassionately and do not engage in so-called shadow banning.” Social media companies often receive stinging criticism from users who believe the big tech companies are censoring conservative content. Twitter, for instance, announced in February that it would begin punishing users who tweeted the phrase “learn to code” as part of targeted harassment campaigns.

Facebook, for one, was blasted in March after President Donald Trump’s social media adviser was temporarily blocked from posting content. Tech experts believe the artificial intelligence tools that Facebook, Twitter and other companies use to moderate content on their platforms are not very effective.

“If Facebook came out and was transparent, that would be one thing, but a lot of people are arrogant and don’t want to admit their algorithms are imperfect,” Emily Williams, a data scientist and founder of Whole Systems Enterprises, told TheDCNF in March. Williams’ company provides AI solutions for a variety of industries.

0
Previous: Biden Team Blames ‘Right Wing Trolls’ For Creepy Joe Photos
Next: Why is it important that you select the right fleet gas cards?