“The democrat party is all hoaxes, witch hunts and delusions. They have nothing to offer except their Green New Deal”—  President Donald Trump to press outside the white house recently.

Trump is so right. In addition to what he mentioned they are also the party of late-term abortion, treason, Iranian “deal”, non-existent borders, media collusion and lies,  anti-Semitism and socialism. In fact I have never seen such a bunch of mean, nasty, ugly, humorless, foot stomping raving mad lunatics as this current batch of Democrats and their media cohorts all because they lost an election.. Ever since then the dems and media have been transformed into a delusional, psychotic made up whirlwind of hoaxes, innuendo and hallucination all to bring this president down. They even attempted a coup to bring him down and put someone they liked in power which is something done in a third world country which fortunately didn’t work.

Trump has accomplished some marvelous things for this country mostly by himself, but you wouldn’t know it because the media censors what he has accomplished. If these people truly loved their country imagine what would be accomplished if they all got together instead of being so mean spirited and arrogant.

As an example of how mean-spirited and biased the media is was demonstrated this week when Sarah Sanders held a press conference for the children of white house correspondents on  “Bring Your Child to Work Day” at the white house. Media pendants slammed her for not having a press conference in 45 days. Unfortunately, while Sanders may not be holding regular press briefings, the media is failing to tell the story about the true accessibility of this administration.

There was a time when Sarah Sanders took the podium on an almost daily basis. Sadly, every time she did, she was disrespected and attacked by the media. Over time, the briefings were cut back when Trump himself called out the media for its treatment of Sanders.

While Sanders may not be on the podium, Trump himself has been far more accessible than most presidents to answer questions the media may have.

Trump, for instance, has held 338 “short question and answer” sessions during his first two years in office, which is more than four times the amount held by Obama.

In all, Trump has done almost 600 interviews, short sessions, and news conferences with media during his first two years. It does not get more accessible than that! Lest we forget, he also tweets daily to update Americans on what is going on in his own words.

If we were to believe the media complaints, this administration is acting in complete secrecy. But in reality, Trump has been far more transparent and accessible than their hero, Barack Obama.

Trump had has over 200 accomplishments in two years. That’s more than Obama had in eight years and more than all the presidents put together.

He’s freed our hostages (20 in all without paying a cent) in several different countries which barely got mentioned in the media, he has given Americans the largest tax cut in history and it is not just tax cuts for the rich. When I see these critics mocking Trump in comment sections I think they must all be on welfare or not working, because if they were working they would notice they have more money in their paychecks because he lowered the FICA tax that is taken out so people  have more money in their paychecks. People like myself who are on social security got a nice raise because he lowered that tax. If Hillary got in you wouldn’t have had that raise. He also doubled the standard tax deduction for everyone not just the rich. The standard deduction for a single person is $12,000 up from $6000 under Obama and $25,000 for a couple up from$12,000 under Obama. When I picked up our taxes I asked our accountant if a person made under $20,000 would that deduction apply to them and he responded, “Then they wouldn’t pay any tax.” So it is not just a tax cut for the rich.

These were only part and partial of Trump’s many accomplishments as he frees America from the shackles (regulations) of Obama and gives power back to the people where it belongs.

Meanwhile three radical, socialist darlings of the media have emerged in the House of Representatives, Alexandra Ocasio Cortes ,a loud mouth naive former bartender from New York who didn’t know the three branches of government and two radical Muslims Llian Omar a Somali immigrant who married her brother to become a citizen and Rashida Tlaib of Michigan.

Ocasio Cortes was responsible for having Amazon leave New York thus costing New York thousands of jobs and millions in tax breaks. She’s the main author behind this ridiculous Green New Deal and she always says the stupidest things when opening her mouth.

Llhan Omar recently said the outrageous thing referring to 9/11 as “some people did something” and said that CAIR was formed after 9/11 to protect Muslims who thought they lost their rights then. Actually, CAIR was formed in the mid-1990s.  She’s also made other anti-semitic statements like people who support Isreal have a dual allegiance to Isreal. She constantly wears a different hajib every day and Congress bent their dress code rules to accommodate her

Rashida Tlaib says she became “afraid” of Americans after 9/11 & that’s why she got into politics. How the hell does 3000 murdered Americans make her scared of us? And notice how she doesn’t identify herself as an American. She also recently stated she feels more Palestinian now that she’s in Congress. This woman is part of the Muslim Trojan Horse along with Llhan Omar.

All three of these women constantly rail against Trump and have no place in our government. Yet the media and Dems adore them and their radical socialist agenda for America and attacks Trump and his freedom for America. 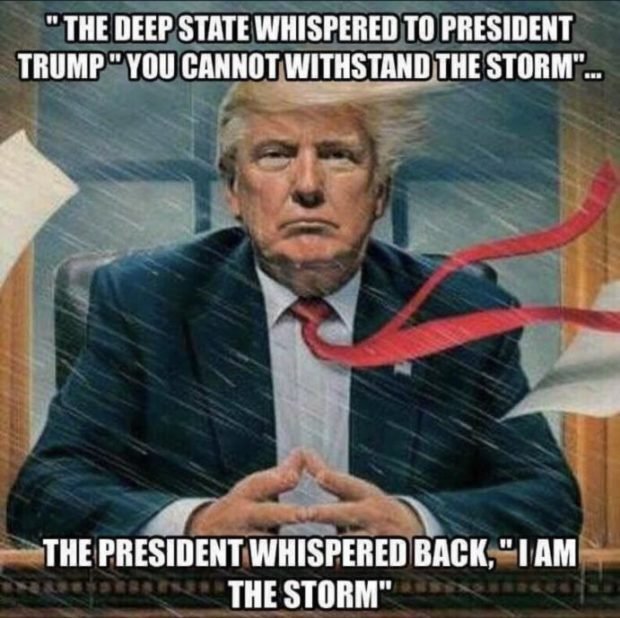