Posted by: Chuck Ross in Congressional Hall Monitor, Featured News, In The News, US News March 7, 2019 Comments Off on Lindsey Graham Goes After FBI for FISA Abuse

Senate Judiciary Committee Chairman Lindsey Graham is resuming an investigation of potential surveillance abuse by the FBI with an expansive request for records related to the bureau’s vetting of the Steele dossier.

In a letter sent Thursday to Attorney General William Barr, Graham asked for all FBI and Justice Department documents related to investigators’ attempts to verify allegations made in the dossier, which was authored by former British spy Christopher Steele and funded by Democrats.

Republicans have investigated whether the FBI misled the FISA Court by relying on the dossier even though its allegations about Page were unverified. They have also asserted that the FBI failed to tell surveillance court judges that Steele was working on behalf of the DNC and Clinton campaign on an investigation of Donald Trump.

Graham also indicated in the letter that he is investigating the FBI’s decision to open up investigations of Trump campaign associates in 2016.

He said that the Judiciary Committee is concerned that proper vetting procedures and the full presentation of facts to the FISA Court “may not have occurred with regard to the applications for FISA warrants for (and the opening of the underlying investigation on) Carter Page and other individuals associated with the presidential campaign of Donald Trump.” 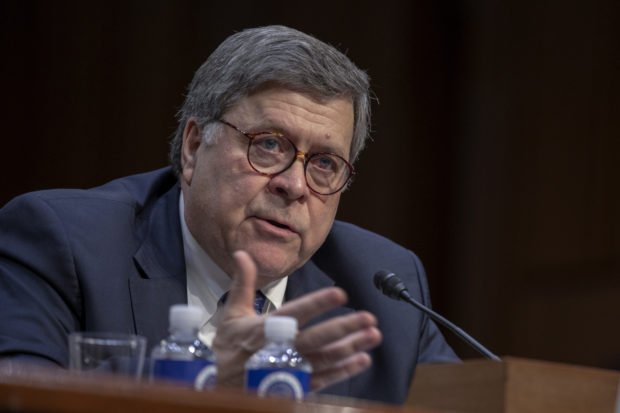 The FBI formally opened counterintelligence investigations on four campaign associates on July 31, 2016. The first FISA against Page was granted on Oct. 21, 2016.

Graham is seeking all documents provided to the Gang of Eight in May 2018 regarding the Russia probe. He is also requesting the so-called “Woods file,” which which would include any materials used to verify the allegations against Page included in FISA applications.

The dossier alleges that Page served as the Trump campaign’s backchannel to the Kremlin. He is also accused of coming up with the idea of providing stolen DNC emails to WikiLeaks and of meeting with two Kremlin insiders during a trip to Moscow in July 2016.

Page has vehemently denied the allegations. He has testified to Special Counsel Robert Mueller’s grand jury, but has not been charged in the investigation.

Graham also wants all documents with the FISA Court “relating to any FISA applications associated with Carter Page or other individuals on or associated with Donald Trump’s 2016 presidential campaign.”

Page is the only former Trump aide known to have been targeted with FISA warrants.

It remains to be seen how Barr will handle the document requests. Republicans battled throughout 2017 and 2018 with Deputy Attorney General Rod Rosenstein, who had final say on document production because he oversaw the special counsel’s investigation.

Tagged with: FISA Lindsey Graham the FBI the Steele dossier

0
Previous: Two Senators Introduce Bill To Keep Members Of Congress From Cashing In As Lobbyists
Next: President Donald Trump’s Schedule for Friday, March 8, 2019