When FOX News first appeared on the scene they were an alternative to the liberal mainstream media consisting of CBS, NBC, ABC, CNN, MSNBC, The New York Times and  Washington Post all who were one sided to the left. Fox showed you the other side and showed you things the mainstream media didn’t want you to see. Slowly over the years after Roger Ailes died and Rupert Murdoch turned control over to his two very liberal sons, things started changing. At first they were fair and balanced as they said with having both sides referenced and more conservative than the other stations, but lately they have become more and more liberal and just like the other stations.

We watched Shep Smith go to the Left of Hugo Chavez. We listened to hours of garbage pointless manipulated talking points from anti-Trump former colonels and many other grifters who shill their books. But it’s time to wake up to what Fox News is doing. They are not on the American people’s side.

Fox News was a hot topic of discussion this week after the radical Left and their Muslim Brotherhood counterparts decided to carry out their own form of jihad against Judge Jeanine Pirro, one of Fox News’s most popular hosts. On Saturday evening during her opening statement, Pirro sparked controversy after she logically questioned whether or not Ilhan Omar’s use of the hijab suggests that she is in favor of Sharia Law.

“She’s not getting this anti-Israel sentiment doctrine from the Democrat party. So if it’s not rooted in the party, where is she getting it from? Think about it,” Pirro said. “Omar wears a hijab, which, according to the Quran 33:59, tells women to cover so they won’t get molested. Is her adherence to this Islamic doctrine indicative of her adherence to Sharia law, which in itself is antithetical to the United States Constitution?” Pirro said.

Pirro has not apologized for her remarks, but defended her position in a statement on Monday. “I’ve seen a lot of comments about my opening statement from Saturday night’s show and I did not call Rep. Omar un-American,” she said. “My intention was to ask a question and start a debate, but of course because one is Muslim does not mean you don’t support the Constitution. I invite Rep. Omar to come on my show any time to discuss all of the important issues facing America today.”

The Murdoch-owned Fox News network has decided to shelve Judge Jeanine Pirro’s television show this week, after Pirro questioned Islam’s compatibility with the U.S. Constitution in a segment on Democrat congresswoman Ilhan Omar, an avowed anti-Semite.

Fox News did not choose to provide an explanation to Variety for their report. This should tell you everything you need to know about the Fox News corporation.

In case you were wondering whether or not wearing an hijab means one is pro-Sharia, the answer is yes.

According to Islamic law, devout Muslim women are to cover themselves, or face punishment for violations of Sharia Law.

But Trump urged Fox News to reinstate Pirro, whom he’s personally known for years. “Fox must stay strong and fight back with vigor. Stop working soooo hard on being politically correct, which will only bring you down,” Trump wrote Sunday.

Here is reporter  Laura Loomer’s incredible article for Big League Politics the other day regarding the Pirro controversy. Maybe Fox News doesn’t care, but a whole lot of conservatives and independents out there do.

Loomer writes: “We do not negotiate with terrorists” used to be a unanimous position held by both sides of the political arena in America, but sadly, Fox News is objecting and has indeed negotiated with terrorists in their crusade against free speech and honest dialogue about Islam in America.

Despite the claims of many Muslim women that it is “their choice” to wear a hijab, the truth of the matter is that according to Sharia —the “Sacred Path of Islam”, wearing head coverings for women is  “Obligatory” in most of the Muslim world.”

In Chapter “w” Section 23 of “Reliance of the Traveller”—the sharia manual for Muslims, it states that the hijab is obligatory under Sharia. “A woman must not reveal anything except her hands and her face when outside the home and on the street.”

In other words, Pirro was speaking the truth and nothing but the truth.

Following the segment, the Council on American Islamic Relations (CAIR) wrote a letter to Fox News, calling for Pirro to be fired for what they called “Islamophobia”.

But, what is Islamophobia? It’s the biggest hoax ever created. It’s a tool used by jihadis in suits to further their process of civilization jihad and subversion as outlined in the “Explanatory Memorandum”, the Muslim Brotherhood’s blueprint for an Islamic takeover in the United States.

From the Explanatory Memorandum— the Muslim Brotherhood in America in its own words:

“The Ikhwan [Muslim Brotherhood] must understand that their work in America is a kind of grand jihad in eliminating and destroying the Western civilization from within and “sabotaging” its miserable house by their hands and the hands of the believers so that it is eliminated and God’s religion is made victorious over all other religions.”

Judge Jeanine is a patriot who often spoke against radical Islam or the communist conspiracy in our social network.  As you have observed, the Murdoch family are not or ever has been conservative or pro GOP.  The only reason they featured more conservatives than leftists is because of RATINGS and they scored big for several decades.  It was congress getting rid of the socialist FAIRNESS DOCTRINE in 1988 that gave rise to Rush Limbaugh, and other conservatives on radio and TV.  Finally, FOX is part of the FCC approved networks, not much different than ABC, CBS, CNN, NBC, PBS, NPR, etc. and the FOX network has the same advertisers as the conspiratorial leftist networks.

Judge Jeanine is just the latest in a movement to shut out all conservative commentary. The left is  going after Tucker Carlson and Sean Hannity too.

The left has been after Tucker Carlson for some time now. First last year demonstrating outside his home when he wasn’t there, but his family was thus terrifying his wife and kids. The police said they couldn’t do anything unless property was destroyed or someone was hurt.

Now the left is going after Carlson for something he said against women 10 years ago on some shock jock’s program so they are going after him by getting sponsors to boycott his show. Supporters of Carlson are boycotting the sponsors.

Tucker responded in his monologue saying, “Since the day we went on the air, they’ve been working hard to kill this show. We haven’t said much about it in public; it seemed too self- referential. The point of this show has never been us. But now, it’s obvious to everybody. There is no pretending that it is not happening. It is happening, and so, going forward, we’ll be covering their efforts to make us be quiet.

For now, though, just two points to leave you with. First, Fox News is behind us, as they have been since the very first day. Toughness is a rare quality in a TV network, and we are grateful for that. Second, we’ve always apologized when we are wrong and we will continue to do that. That’s what decent people do — they apologize,

But we will never bow to the mob — ever. No matter what.”

I’m not so sure FOX is behind Tucker as he says since they pulled Judge Jeanine’s show this week-end bowing to Muslim pressure groups.

Sean Hannity is another FOX personality the left is going after.

.“We won’t actually remove this president until Sean Hannity calls for us to remove this president. Or until Laura Ingraham [does],” he said, according to The New York Times. He warned that impeachment would not be feasible “until we drive home our message, change public opinion and develop more facts.”

Former Obama administration staffers Jon Favreau, Jon Lovett and Tommy Vietor, who are the hosts of the wildly popular ‘Pod Save America’ podcast, promoted a Media Matters protest outside of Fox News’ Manhattan headquarters to ramp up the pressure on the network to fire Carlson.

“They’re having a protest outside of Fox News headquarters on Wednesday at 11 a.m. in New York because Fox is having an emergency meeting with their advertisers,” Vietor told the audience.

“So if you want to send a message, and you want people to actually care there, let the advertisers know because that’s the only reason the Bill O’Reillys and the Laura [Ingrahams] and the other people actually get punished.”

“And the Glenn Becks too. It’s the only thing that’s worked,” Lovett chimed in.

Vietor, Favreau, and Lovett speak for the Obama world.The professional left is now getting in on the act of trying to shut down Carlson’s show. If they succeed in claiming his scalp, they will not stop with Carlson.

Sean Hannity, Laura Ingraham, and Judge Jeanine Pirro will be the next targets.

Recently the political censorship social media platform known as Twitter, conducted a late night sneak attack of Conservative accounts. The attack occurred sometime late Tuesday night or Wednesday morning. Conservative users discovered that their accounts had been locked and/or they had lost hundreds, and in some cases thousands, of followers all at once.

This attack on Conservatives, which is being identified by the hashtag #TwitterLockOut, is further evidence of Twitter’s obvious efforts to censor accounts on the basis of political content. This is fundamentally un-American.

Facebook has also been accused of censoring conservative news sites. Facebook workers routinely suppressed news stories of interest to conservative readers from the social network’s influential “trending” news section, according to a former journalist who worked on the project. This individual says that workers prevented stories about the right-wing CPAC gathering, Mitt Romney, Rand Paul, and other conservative topics from appearing in the highly-influential section, even though they were organically trending among the site’s users.

If the Facebook Trending curation guidelines released to The Guardian were accurate and legitimate, the documents in no way supported claims Facebook was suppressing “conservative news.” The guidelines as issued simply delineated “best practices” in ensuring that information pushed out via Facebook’s powerful platform remained accurate and credible, filtering out sources that might favor rumor or misinformation over credible reporting.

According to Gizmodo, “several former Facebook ‘news curators’” manipulated the flow of conservative information on the social network (for largely unexplained reasons).

The left’s goal is not to eliminate “hate” from the airwaves. Their objective is to cleanse the media of any opposition to their agenda.The left obviously doesn’t want any other opinions but their own  just like the old leftist/ communist Soviet Union. 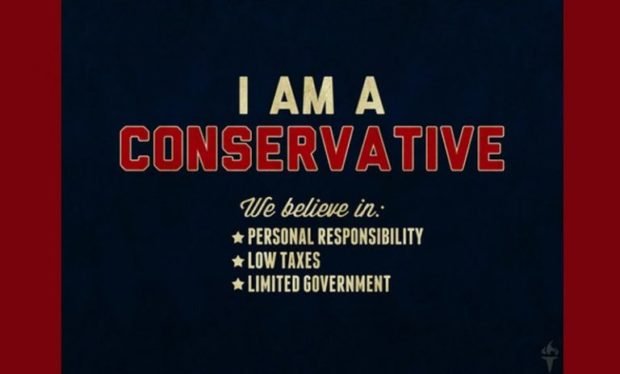