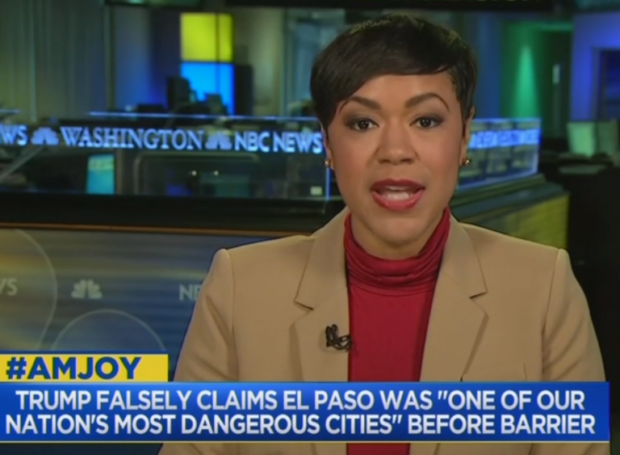 “I’ve been on Fox News before, and the problem is, he’s going on with a half-witted host who has an audience full of half-witted people who have no interest in truth or facts,” Cross said on the air. “The real national emergency here, Joy, is a sea full of ignorant, red MAGA hats who have no type of intellectual curiosity about any of these things.”

Cross wasn’t exhibiting bravery by any stretch. MSNBC’s audience closely matches that of her extreme-left blog as both focus on social justice, progressive policy and race issues. Her anti-Trump, anti-Fox News outbursts were red meat and she had only to add a racism claim to completely satisfy MSNBC’s snowflake demographic.

So, now, tomorrow night, the viewers will see two white supremacists — Laura Ingraham — because let’s remember, her monologue — her one-woman monologue about how awful diversity is for the country — talking to another white supremacist with Donald Trump.

There are numerous problems with Cross’s claims of racism, but one stands out: Ingraham’s adopted daughter is from Central America.

Laura has also spent time on-air praising Alexandra Ocasio-Cortez for her rise as a Democratic Party leader and Stacey Abrams’ performance during the Democratic Party Response to the State of the Union.

I’ve got to say, I said it at the very beginning, it’s really impressive that she goes from being, you know, she was working at a coffee shop, fairly modest means, and she takes on this very liberal Crowley, Congressman Crowley, third in the leadership in the Democratic Party,” Ingraham said. “She just organizes the heck out of it and rolls right over him,” Ingraham continued. “I kind of like the fact that she’s like, ‘You guys lost to Trump. I’m going to help take this party in a new direction.’ I kind of admire that.”

“I got to say, Stacey Abrams, I think she did have presence tonight. I think she [did] much better than some of the people in the last few years,” said Fox News host Laura Ingraham.

Tiffany Cross’s history includes being the Black Entertainment Television (BET) Liason to the Obama Administration and an advisor at the National Education Association (NEA).

Cross is a political hack spewing ill-conceived, red-meat talking points to a hungry audience in hopes of attracting more readers to her SJW blog – nothing more.

Support Conservative Daily News with a small donation via Paypal or credit card that will go towards supporting the news and commentary you've come to appreciate.
Tags
Laura Ingraham media bias Tiffany Cross

Weather is Not Red or Blue