While the world fascinates itself with rehashes of golden trophies and Hollywood elites, Fox News Channel has put together a news night on Monday that you should not miss. 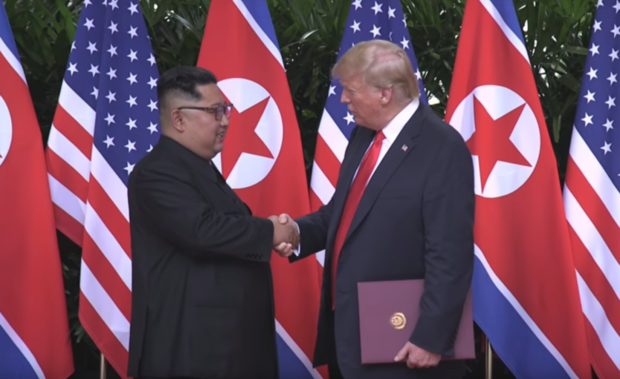 Co-anchor of America’s Newsroom Bill Hemmer and Special Report’s Bret Baier will present their respective programs from Hanoi, where they will break down the latest developments from the summit with expert guests and analysis. Ed Henry will lead overnight coverage on Wednesday, February 27th and Thursday, February 28th from 1-3 a.m. Eastern. Chief White House correspondent John Roberts, Washington D.C.-based correspondent Kristin Fisher and senior foreign affairs correspondent Greg Palkot will also be reporting live from Hanoi throughout the week. Additionally, FOX & Friends will start an hour early on both Wednesday and Thursday, beginning at 5 a.m. Eastern Time for special coverage.

FNC’s anchor Chris Wallace, substitute anchoring for Bret Baier, will present an interview with Democratic presidential candidate Kirsten Gillibrand on Special Report on Monday, February 25th at 6 p.m. Eastern Time. Gillibrand will discuss her 2020 campaign along with the bipartisan effort, Never Forget the Heroes: Permanent Authorization of the September 11th Victim Compensation Fund Act, which will be unveiled at a press conference earlier that afternoon on Capitol Hill. Gillibrand’s appearance on Special Report follows a series of interviews with the flagship newscast, including with Democratic presidential candidate Senator Amy Klobuchar (D-MI) and DNC Chairman Tom Perez.

FNC co-anchor Sandra Smith will present an interview with comedian Jon Stewart and 9/11 demolition supervisor John Feal on America’s Newsroom Monday, February 25th in the 10 a.m. hour. Originating from the FOX News bureau in Washington D.C., Stewart and Feal, alongside 9/11 first responders will preview the bipartisan effort, Never Forget the Heroes: Permanent Authorization of the September 11th Victim Compensation Fund Act, which they will unveil at 3 p.m. Eastern on Monday. Senator Kirsten Gillibrand (D-NY) will be holding a press conference in D.C, along with Stewart and Feal, to introduce the bill and call for its swift passage. The bipartisan legislation will ensure that all 9/11 first responders and survivors who have been injured by the toxins at Ground Zero and have certified 9/11 illnesses would receive their full compensation through the September 11th Victim Compensation Fund (VCF) now and into the future as more become ill with 9/11 cancers.

Support Conservative Daily News with a small donation via Paypal or credit card that will go towards supporting the news and commentary you've come to appreciate.
Tags
Fox News Jon Stewart Kirsten Gillibrand