Allegedly, ‘Empire’ star Jussie Smollett was out at 2:00 AM when two Trump supporters attacked him in Cook County, Illinois.

Now Smollett’s manager, Brandon Moore, reportedly claims he was on the phone with Smollett during the alleged incident.

This case keeps getting stranger. pic.twitter.com/y9wZqhIFmH

Moore’s story has two major issues. Why, if he heard an attack happening, did he not call police immediately? And, since it would provide proof that the incident happened, why won’t Smollett allow investigators to look at his phone?

However, detectives are unable to "independently verify" the call occurred because Smollett refused to turn over his phone.

Police have footage of Jussie Smollett walking around the time but they have yet to find footage which shows the alleged attack happened. The only thing made public is a photo that shows two persons of interest although no noose nor container of bleach is visible in the image. 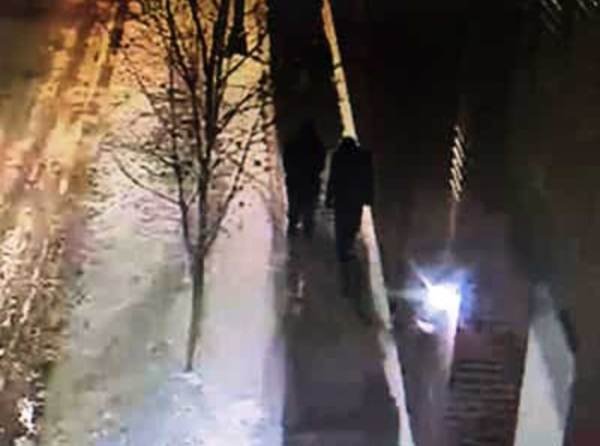 Now according to MTO News, the most viewed African American News outlet, police don’t believe the story Jussie Smollett is telling them.

“Jussie Smollett, 36, claims that he was beaten, by a group of racist Trump supporters. But now Chicago police are questioning whether the attack happened exactly as the Empire actor is claiming.

Jussie arrived in Chicago on Monday night. He was on his way to get fast food at 2 a.m. when he was allegedly attacked.

According to Jussie’s account, two masked men recognized the actor from his role as openly homosexual singer/songwriter Jamal Lyon on Empire, and shouted, “Aren’t you that f**got Empire n**ger?”

Jussie told police that the suspects began beating him and poured bleach on him, before tying a rope as a noose around his neck.

Smollett claims that he drove himself to the hospital. Eventually, the actor was discharged in “good condition” after receiving treatment for minor injuries including a cracked rib.

MTO News spoke with a person close to Jussie with INTIMATE KNOWLEDGE into the investigation – who tells us that police are not convinced that Jussie is telling them everything. The insider told MTO News, “Jussie is holding back information.”

MTO News confirmed that police told Jussie that they have SURVEILLANCE FOOTAGE of the Empire actor and that in none of the videos is the actor being followed by any alleged attackers.

The insider added, “I can’t say that Jussie wasn’t attacked. But it didn’t [happen] like he said it did, and the police don’t believe him either.”

Michelle Malkin is investigating this situation extensively and has found that, according to a public safety watchdog site CWB Chicago, Smollett’s friend Frank refused EMS services for the ‘Empire’ star;  “no mention of bleach was made”; “no or minor injury” was observed; and “officers never sent a ‘flash message’ with offender descriptions to field units.”

Officers get a report # for an "aggravated battery with hands, feet, or fists causing no or minor injury"#ChicagoScanner #Chicago #FromTheArchives

This alleged incident has left more questions than answers as investigations continue and skepticism grows. Public sentiment is split as hype outlets, like TMZ, continue to parrot Smollet’s allegations of a hate crime while journalistic outfits view the claims with skepticism.

Support Conservative Daily News with a small donation via Paypal or credit card that will go towards supporting the news and commentary you've come to appreciate.
Tags
Jussie Smollett