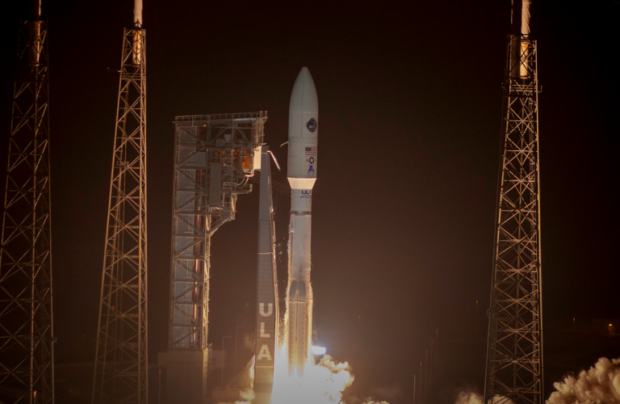 “We could not be more pleased that NASA has selected ULA to launch this amazing planetary science mission,” said Tory Bruno, ULA’s president and chief executive officer. “This mission has a once-in-a-lifetime planetary launch window, and Atlas V’s world-leading schedule certainty, coupled with our reliability and performance provided the optimal vehicle for this mission. Our Atlas V rocket has launched 79 times achieving 100 percent mission success, and we look forward to working again with our mission partners to explore our universe.”

The Lucy mission is scheduled to launch in October 2021 from Space Launch Complex-41 at Cape Canaveral Air Force Station in Florida. This mission will launch aboard an Atlas V 401 configuration rocket.

Atlas V has a strong history in launching planetary missions for NASA including Mars Science Lab; New Horizons; OSIRIS-REx, the first U.S. mission to return asteroid samples to Earth; and the Solar Dynamics Observatory to study the sun.

Jupiter’s swarms of Trojan asteroids may be remnants of the primordial material that formed the outer planets, and serve as time capsules from the birth of our solar system more than 4 billion years ago. Lucy will be the first space mission to study the Trojans. The mission takes its name from the fossilized human ancestor (named “Lucy” by her discoverers) whose skeleton provided unique insight into humanity’s evolution. Lucy will complete a 12-year journey to seven different asteroids.

With more than a century of combined heritage, ULA is the world’s most experienced and reliable launch service provider. ULA has successfully delivered 132 missions to orbit that provide Earth observation capabilities, enable global communications, unlock the mysteries of our solar system, and support life-saving technology.