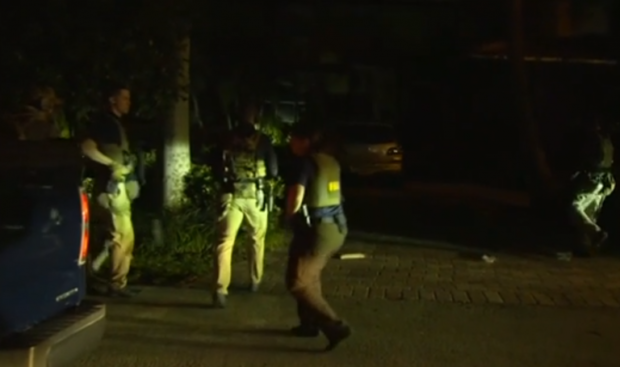 My experience in life has been very different from that of Michelle Obama, so the title of this piece is similar to, but the reverse of, Mrs. Obama’s statement asserting her pride in America, when her husband was nominated for the presidency.

Early Friday morning, in the most hate-Trump maneuver possible, CNN was alerted to a raid on the home of Roger Stone, who at one time worked for Donald Trump. CNN, of course, has cameras, and optics are one of the most valuable things to sway public opinion. And since, so far, Mueller has been unable to get collusion evidence against President Trump, they chose to get video images of armed FBI agents breaking into the home of the peaceful, non-threatening, Mr. Stone. So now the Democrat-generated, abuse of Trump evidence, can be run 24-hours a day in an attempt to persuade stupid people who don’t know how to think for themselves, that President Trump is guilty as charged.

The hope of Trump-haters is that the video will convict Stone of lying to the FBI without any collusion having been found and no charges brought, and they hope the arrest will sink President Trump in the court of public opinion and reduce his support with the American public.

The whole Mueller two-year, phony collusion episode is an outrage against American values, with the lying Hillary Clinton, who did indeed commit numerous crimes, and flagrantly lied under oath, floating free, and Trump’s non-criminal associates being persecuted by the FBI.

What is happening to America when out-right political persecution is being waged against a legally elected president because he is hated by the Democrat swamp in Washington? How can any American ever again trust the FBI and the Department of Justice to obey the law given their attempts to persecute someone holding a differing political opinion from their own?

The FBI obviously alerted CNN to the Stone raid in order to get public opinion on their side and to widely distribute the raid, and get the images out in the public sphere because they are dedicated to removing Donald Trump from office, whatever the cost.

The future of justice in America frightens me after the series of outrages we’ve seen aimed at removing Trump from office, and I’m ashamed of a government that would use questionable law enforcement procedures, that formerly only third-world Banana Republics used, to get their political enemies.

May God help this nation survive all of the filth practicing the law in the Washington swamp.