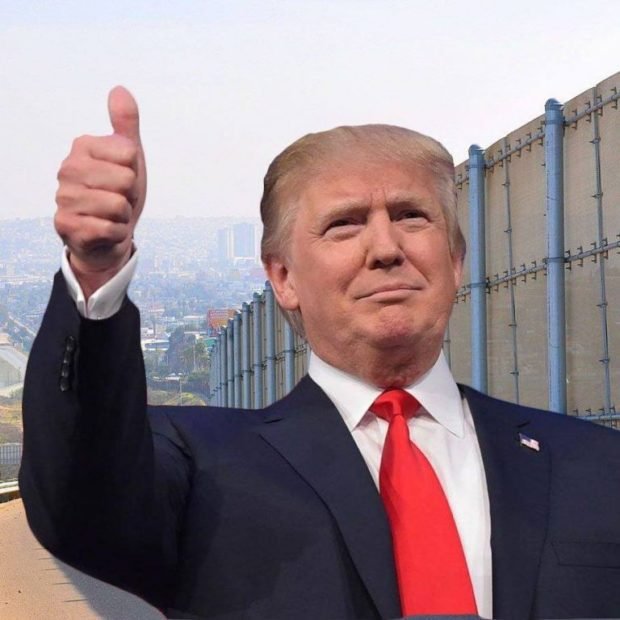 Kolfage has started a campaign under “The Wall Fundraising Team” with the idea that “we the people will fund the wall,” and in just six days, the campaign raised over $18 million dollars from more than 300,000 people.

“Too many Americans have been murdered by illegal aliens and too many illegals are taking advantage of the United States taxpayers with no means of ever contributing to our society,” Kolfage said in a statement. “If the 63 million people who voted for Trump each pledge $80, we can build the wall.” That equates to roughly 5 Billion Dollars, even if we get half, that’s half the wall. We can do this.”

“This won’t be easy, but it’s our duty as citizens. This needs to be shared every single day by each of you on social media. We can do it, and we can help President Trump make America safe again!” he added.

Trump has asked Congress for $5 billion, but Democrats, along with some Republicans, have failed to fund the request. Kolfage’s GoFundMe page is asking for $1 billion, which is the maximum a GoFundMe campaign can raise.

According to the GoFundMe page:

• 100% of your donations will go to the Trump Wall
• We are working with a law firm on a legal document that will bind the government to using the funds for the border wall itself, nothing else.
• We will hold all funds and not release a single penny until we have all legal aspects covered to ensure our money goes only to the wall.
• If we don’t reach our goal or come significantly close we will refund every single penny.  We are working on a time frame to achieve.

LET’S GET THIS WALL BUILT! And make America Safe Again!

Support Conservative Daily News with a small donation via Paypal or credit card that will go towards supporting the news and commentary you've come to appreciate.
Tags
Brian Kolfage The Border Wall