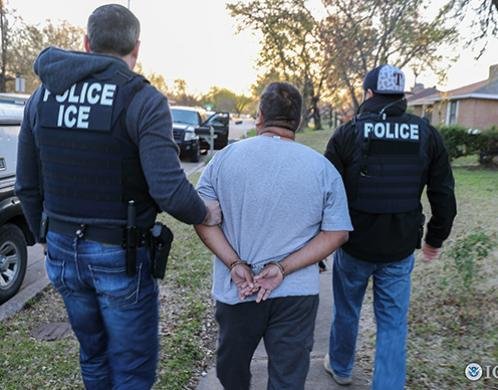 NEWARK, NJ — A 23 year-old Mexican national who is illegally present in the United States is facing murder charges in Missouri. He was released from the custody of the Middlesex County Jail in Brunswick, New Jersey, earlier this year after officials ignored a U.S. Immigration and Customs Enforcement’s (ICE) Enforcement and Removal Operations (ERO) detainer.

Luis Rodrigo Perez was held at Middlesex County Jail in December of last year on domestic violence charges. ICE issued a detainer and requested notification prior to his release, so that he may be taken into ICE custody and processed for removal. In accordance with their local sanctuary policy, Middlesex County Jail did not honor the detainer, did not notify ICE upon completion of the criminal proceedings, and released Perez into the community.

After his release from the jail in February of 2018, Perez made his way to Springfield, Missouri, and has now been charged in a triple murder that occurred there.

“Yet again, an ICE detainer was ignored and a dangerous criminal alien was released to the streets and is now charged with killing three people,” said ICE Acting Executive Associate Director Corey Price. “Had ICE’s detainer request in December 2017 been honored by Middlesex County Jail, Luis Rodrigo Perez would have been placed in deportation proceedings and likely sent home to his country – and three innocent people might be alive today. It is past time that localities realize the perils of dangerous sanctuary policies and resume their primary goal of protecting their residents.”

“This tragedy might have been avoided had it not been for the reckless policy required of the Middlesex County Jail by their county officials,” said John Tsoukaris, Field Office Director of ERO Newark. “Despite such policies, ICE ERO will continue to enforce federal immigration law and prioritize public safety in the community.”

Tsoukaris further explained, “We have tried unsuccessfully to work with Middlesex County Jail in the interest of public safety to accept detainers and to contact ICE prior to releasing criminals. There have been other cases where ICE detainers were not honored and those released went on to commit serious crimes. In this most recent case, Perez had a violent history, but despite that, the detainer was not honored. We hope that this tragic turn of events forces Middlesex to reconsider its policy and that the local elected officials stop protecting criminal aliens.”

Support Conservative Daily News with a small donation via Paypal or credit card that will go towards supporting the news and commentary you've come to appreciate.
Tags
Illegal Aliens Illegal immigration Sanctuary Cities