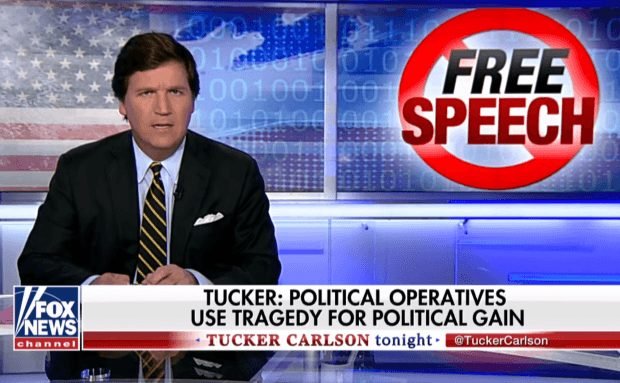 While President Trump and most Americans quickly condemned the act of hate that was the Pittsburgh synagogue shooting, the media and leftist political pundits rushed to blame the president and those that agree with his policies.

Political operatives “make snap judgments, using incomplete evidence, in order to implicate their political opponents in crimes they did not commit,” Fox News host Tucker Carlson said on his show Monday night. “They use fear and rage to accomplish what reasoned argument could never accomplish.”

Carlson goes on to explain that, while the left typically uses crises to go after the Second Amendment, this time they’re after the First.

“They want to take charge of what you are allowed to say and think,” Tucker explained. “By blaming you and your opinions for the crime.”

Support Conservative Daily News with a small donation via Paypal or credit card that will go towards supporting the news and commentary you've come to appreciate.
Tags
free speech Tucker Carlson