The lyrics from REO Speedwagon’s “Take It On The Run” perfectly describe what is going on with the accusers in the Judge Brett Kavanaugh situation. None of the accuser’s friends can corroborate her story or else they just said they heard about it from others. When it comes to a Republican the left is relentless in their smears, besmirching and lies to destroy their opponent pronouncing them guilty without any proof. Judge Kavanaugh is a good man, well respected all his life and served people he represented and worked with fairly and honestly to a fault, yet because he’s a Republican, especially one nominated by Trump the left smears him viciously. Over 200 women who Kavanaugh knew from high school, college and who he worked with through the years and when he worked for Bush all signed a letter endorsing him and vouching for his dignity, fairness and truthfulness and high moral character. Some even appeared on various shows on FOX like Sean Hannity and Laura Ingraham

Now a good man and his innocent wife and two small daughters are shown no mercy by the vicious left. The media and most of left-leaning Hollywood all believe his accuser without any reason other than an accusation and that he is nominated by Trump. It’s just guilt by accusation as they don’t seem to believe in the innocent until proven guilty rule of law this country abides by. It’s taking a terrible toll on his kids. Where are these lib women who are supposed to be so concerned about women when it comes to his two daughters? They’re only concerned about lib women. You won’t see them doing it to their own people though.  When Bill Clinton was abusing women left and right, liberal women defended him and didn’t believe any of his accusers and they had more proof than these women coming forth.

Many of Ms. Ford’s friends all say they don’t remember anything like what she claims happened or else they said they only heard about it from other friends.

Surprisingly the Left-leaning New York Times has said they can’t find anyone to support Professor  Ford’s claims and now this Ramirez woman who claims Kavanaugh exposed himself to her says she has a foggy memory of what happened that night and doesn’t even know if it was Kavanaugh who exposed himself to her. All her friends deny that it happened when she tried to call them to see if he did or not since she couldn’t remember herself. Her best girlfriend from college at Yale where Kavanaugh went said they shared everything and if Kavanaugh did that to her she would have told her and she never mentioned it.

However, a report by the New York Times casts serious doubts on the veracity of the accusation.

First reported in the New Yorker, Sunday, the accusation is that the Judge exposed himself inappropriately at a drunken college party. However, the woman was only able to remember the identity of the exposer “after six days of carefully assessing her memories and consulting with her attorney.”

The New York Times investigated the story much further, interviewing dozens of potential witnesses, and finding no corroboration evidence or testimony.

Judge Kavanaugh’s prospects were further clouded on Sunday when The New Yorker reported on a new allegation of sexual impropriety: A woman who went to Yale with Judge Kavanaugh said that, during a drunken dormitory party their freshman year, he exposed himself to her, thrust his penis into her face and caused her to touch it without her consent.

In a statement, Judge Kavanaugh denied the allegation from the woman, Deborah Ramirez, and called it “a smear, plain and simple.” The New Yorker did not confirm with other eyewitnesses that Judge Kavanaugh was at the party.

The Times had interviewed several dozen people over the past week in an attempt to corroborate her story, and could find no one with firsthand knowledge. Ms. Ramirez herself contacted former Yale classmates asking if they recalled the incident and told some of them that she could not be certain Mr. Kavanaugh was the one who exposed himself.

However after interviewing “several dozen people” the Times was unable to find anyone who remembered any such event. They said things got so dicey that they decided to pass on the story. That was an unusual move for the left leaning New York Times. Maybe they decided to be accurate for a change after losing millions of dollars in revenue and subscriptions and being called “the failing New York Times” by Trump.

This is all about getting back at Trump and Roe vs. Wade. The left still can’t get over that they lost. The left likes to legislate from the bench which is why they want a majority on there who will vote their way.

It’s funny that all this has come out all of a sudden right before the mid-terms. That’s the left’s plan, to stall and delay until after the mid-terms and maybe into 2020. This Prof. Ford woman was a party girl who got drunk until she passed out and had numerous sex partners. She also attended the woman’s anti-Trump, march, yet people support Ford blindly without question and no proof. I would like to ask them. Why do you support her? They can’t give you a reason other than like Senator Hirono from Hawaii said, “Women don’t lie when it comes to sexual harassment?” Oh Noo? They sure do when it fits their situation.

Jake Tapper was quoting from a piece in the Wall Street Journal to Senator Mazie Hirono of Hawaii that said, “Sexual allegations should be accepted as true merely by having been made. The accuser is presumably telling the truth because the accuser is a woman. This turns American justice and due process upside down.” He then turned the question to Hirono: “What’s your response?”

The Hawaiian Senator responded by saying that if the WSJ actually cared about due process, they would be pushing for an investigation. “For The Wall Street Journal to come out and talk to me about due process or all the women out there that I’m hearing about that never came forward,” she said, “it is really important, not only for these survivors to be heard but if their stories are as credible as Dr. Ford’s story is, they need to be believed.”

If that’s the case, why didn’t they allow an investigation into Karen Monahan’s allegations of abuse against Keith Ellison which was only last month in August? 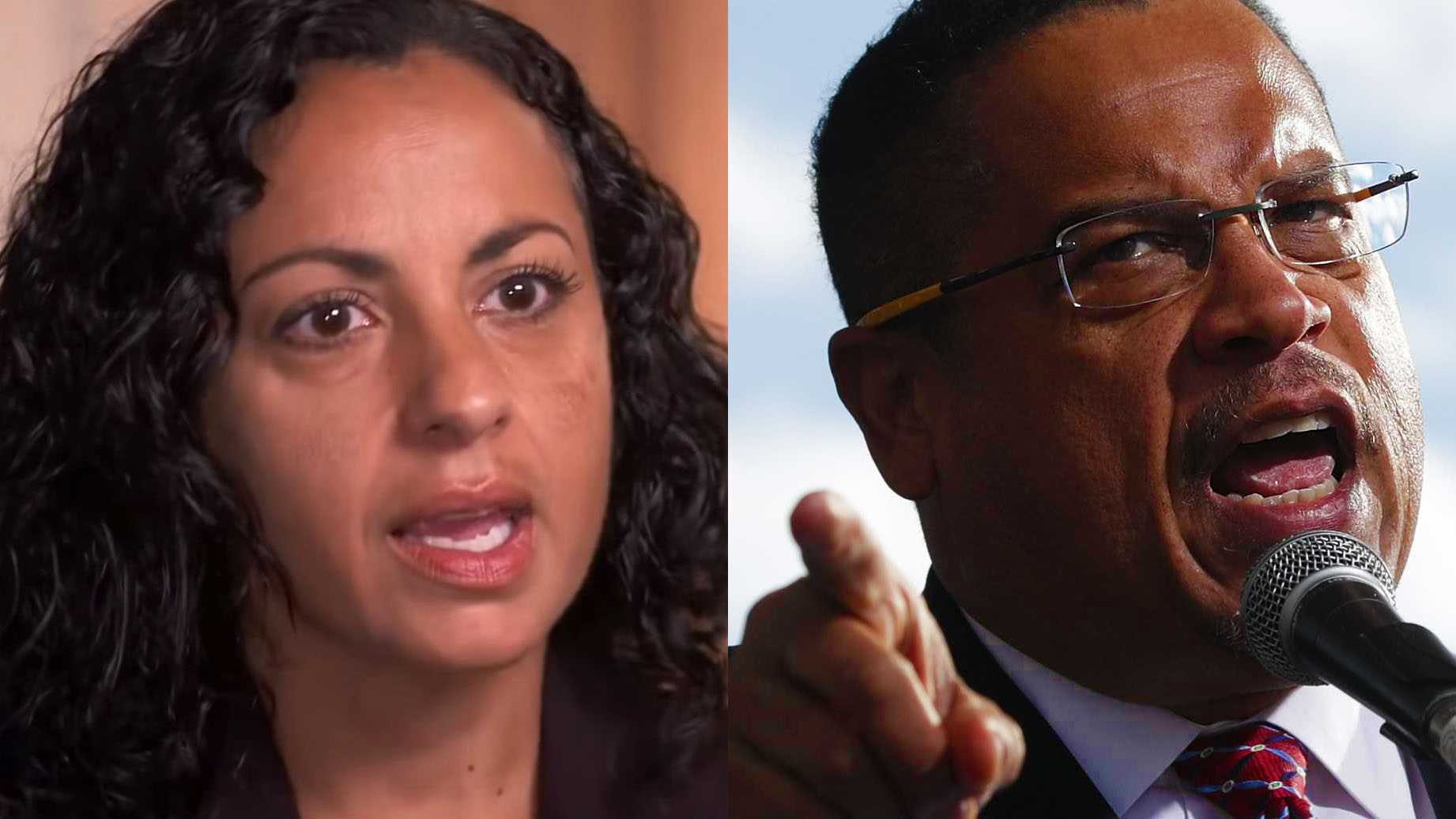 Why didn’t people like Feinstein stand up for Clinton’s accusers like Juanita Broadderick, Kathleen Willey or Paula Jones?

Today, Feinstein claims to be one of the biggest advocates for women who have been assaulted. But the person she is standing up for has accused is a conservative judge up for a SCOTUS appointment — not a Democrat. It sure would have been nice if Democrats supported any of the women that said Clinton attacked them the way they are supporting Ford and Ramirez.

The more I hear in this case the more I am convinced more than ever that Judge Scalia was murdered so they could get a majority of Dems on the SC. When Scalia was in there were five conservatives and four libs on the court. Obama visited that ranch a week before Scalia did. The owner was a big Dem donor. With Scalia out of the way (he allegedly was found with a pillow over his head then later changed to mean above his head. Why would he do that? There was also no official in person autopsy) there were four cons and four libs. Hilary was favored to win and then she would appoint a judge and they would have five libs and four cons, but Trump changed all that. Now we are back to four and four so now they are going full throttle to prevent another con from being on the court and have to wait until after the mid-terms or even 2020 when the libs hope to get in.

Recently Conservative Talk Show host Rush Limbaugh commented on Kavanaugh and the Republicans saying, “Republican voters and people all over this country are fed up with what Democrat leftist policies are doing to this country, and they want it stopped, and the only agency that can stop it has been the Republican Party, and they have refused to!” Limbaugh went on to say, “If the Republicans do not get this vote taken and have Kavanaugh confirmed, you can kiss the midterms goodbye,” Limbaugh told his listeners. “You can kiss goodbye holding the House and you can kiss goodbye holding the Senate.”

Rush is right – as usual. If the Republicans don’t confirm Kavanaugh, they will lose everything and become slaves to the democrat party who are ruthless.

America is on fire because of Democrats’ zeal to trash the reputations of good people just to preserve judge-made “rights” like abortion. The United States was supposed to be a government of laws, not fools. That’s impossible to accomplish in today’s unhinged political environment.

This Thursday Kavanaugh faces his accuser. We will just have to wait and see how this turns out. McConnell said kavanaugh will be voted on and confirmed. Let’s hope he’s right. 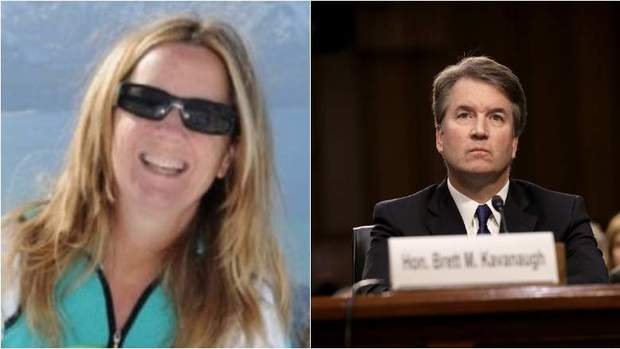